Research Brief
2333
From VCs crying "bubble" to Mark Cuban and Chris Sacca crossfire, we did a retrospective on the year by digging up our favorite Tweets.

One by-product of constantly interacting with our customers and fans on Twitter means we come across plenty of choice tweets.

Whether it’s the endless debate about whether or not we’re in a bubble, startup culture, or good old-fashioned twitter fights, tech twitter never fails to deliver on the pulse of tech, VC, and startups. Here’s our look at the year in tech tweets:

Much of 2015 was spent reading the tea leaves for signs of a tech bubble. a16z’s Marc Andreessen has been a staunch opponent of the bubble talk:

“The tech bubble is about to burst,” declared highly confident analyst after being wrong for 10 years.

Andreessen, along with researchers at his firm, have written extensively about how “this time is different.” We may all just be paranoid:

In contrast, Benchmark’s Bill Gurley has been vocal about a tech bubble for quite some time.

3/ The bottom line is that global tech valuation multiples are compressing (coming in). Quickly.

4/ One might reasonably assume that this would have an adverse impact on late stage private market liquidity and valuation. I certainly do.

5/ If so, we may be nearing the end of a cycle where growth is valued more than profitability. It could be at an inflection point.

6/ Investors are likely to refocus on business model viability and path to profitability. This will seem like an abrupt sea-change to many.

Many saw signs of an emotion-driven cycle.

Most assume “the next round” is usually a function of metrics, milestones, etc. when in fact it’s mostly driven by excitement, charisma.

All the bubble talk wore on Y Combinator’s Sam Altman… then again he didn’t seem so sure.

I think for every comment someone makes about the tech bubble he/she should have to make two about something actually interesting.

But that said–people should heed @bgurley. Especially about burn rates.

According to some, top funds are using the b-word to exploit their buying position. Shots fired.

No buyout funds have as much power to steer market values like @benchmark @usv @a16z do in VC. They say winter is coming so grab you ankles.

Linkin Park now runs a VC firm on the side. It’s like God is telling me to switch beats. http://t.co/Hfw21tzIC8

2/ If a company is profitable, it’s because they can’t figure out how to reinvest their revenues in growth. This is usually a bad thing.

Whatever your position on the bubble question, public markets haven’t been friendly to private market valuations:

IPOs are the new down-rounds.

These were the tweets that captured the zeitgeist of startup-land — and the frothy funding climate — in 2015. Whatever side of the bubble you’re on, things sure were bonkers:

Real estate is crazy enough in San Francisco that I have been offered stock options as part of selling our house.

Only in the Bay Area would you find a greeting card for closing a funding round. pic.twitter.com/oUxNlPiSyR

Philz just does it better.

In San Francisco people paid $50 an hour wait in line for 15 minutes to pay $7 for drip coffee that takes 10 minute… pic.twitter.com/ler0eRKjZT

SF: where people start a Tilt campaign to raise $4000 for a Sunday brunch pic.twitter.com/UGin8TYeW6

Talked to a job candidate last week who said she won’t work at a company that doesn’t use @SlackHQ. +1

2015 was also marked by hype surrounding the rise of the on-demand economy. Not all were fans:

the on demand economy will not be complete until u can press a button and someone poorer than u shows up to wipe your ass. i hate this trend

And with the 1099 contractor controversy bringing down startups like Homejoy, doubts about the on-demand economy grew louder.

Leaving Uber aside, there has to be some pretty big freakout right now at VC firms invested in on-demand services businesses.

Did I really just get an email from Zirtual that they’re ceasing operations TWO FREAKING WEEKS AFTER I HIRED THEM?? What the actual hell?

This was the year everyone in tech journalism moved to the dark side.

I’m excited to announce that I’ll be joining the @a16z deal and research team in July!

But it’s time for new things! On Monday I start work at Y Combinator, in a newly created role as Editorial Director.

Not sure the VC industry can absorb all the TechCrunch writers at once so pls space departures out over next few quarters.

Whether it was beef between VCs or between Amazon and The New York Times, there was no shortage of drama and Twitter burns.

Going to need to build some time for Twitter debates into my calendar.

Some friendly encouragement from one early-stage investor to another, 🙂

gonna be a busy next several months… watch out folks, u ain’t seen nuthin’ yet 😉

.@sama thanks for the advice sam! I’ll work on that, along with the 50 other people on our team in 12 countries supporting our founders 🙂

In a rather epic debate about Twitter’s content rules, Sacca delivered this sweet burn to Mark Cuban:

In case you missed the Great Medium Battle Of 2015, Amazon and the New York Times butted heads regarding the Times’ exposé on the absence of work-life balance for Amazon employees: 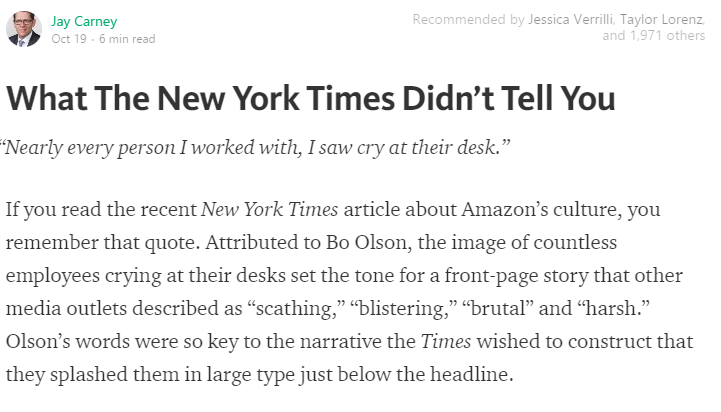 Hours later, the Times’s Executive Editor came back with a pointed rebuttal: 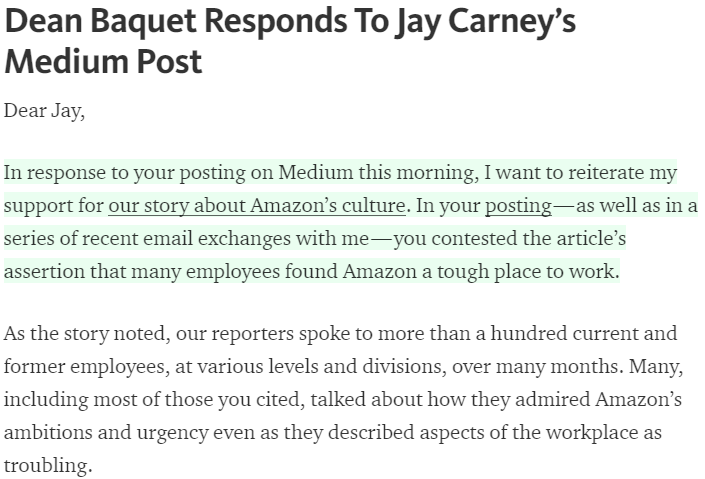 Then, Amazon came back again:

Maybe the most astonishing thing? The NYT published its rebuttal on Medium instead of, you know, its own very public website.

Media networking drinks, 2019: “So, which Medium vertical do you work for?” “I’m at NYT dot medium dot com.”

Some tweets were so 2015 we couldn’t leave them off.

Sorry, but a pricing model does not equate to a competitive advantage. When I see this stuff I fear the end is near. http://t.co/MRNBR7euVL

Note to self: don’t leave cups of coffee on your desk while testing VR apps. Bumped into desk and suddenly.. a mess. Sigh.

It’s an exciting day for me as I announce that I will be joining the @Square Board of Directors! https://t.co/VlRCCcSCDW

the future is here https://t.co/9DyqRtvhQt

Whether they know it or not, some of our favorite follows are fans of CB Insights.

The best startup business coverage is not on Techcrunch/Recode/WSJD/Information etc, but on @cbinsights. Sans drama & egos, even better!

@hunterwalk @danprimack is it egotistical to assume that I’m the impetus for that angle? #magnesium