When Marissa Mayer took over as Yahoo CEO in July 2012, boosting the ranks of mobile and software talent became a key priority. As a result, Yahoo became a pioneer and leading purveyor of the “acqui-hire” – acquisitions of struggling, dying and/or wounded tech companies with the intent of acquiring a smart, talented team of people with little to no interest int he underlying technologies or products the company had.

As Yahoo continues to struggle (the company’s Q1 results missed both top and bottom line), the data reveals that not only are the company’s profits and revenues declining but so is its acqui-hire activity. After completing nearly 30 acquisitions in 2013, the vast majority being acqui-hires, Yahoo M&A dropped 38% YoY in 2014 and since the start of 2015, Yahoo has been quiet on the M&A front.

The chart below highlights Yahoo’s historical M&A trend. Of note, Q1 2015 marked the first quarter since Q2 2012 in which Yahoo did not complete any disclosed M&A transactions. (Note: The visualization and data below is taken directly from the CB Insights platform’s Acquirer Analytics tool.) 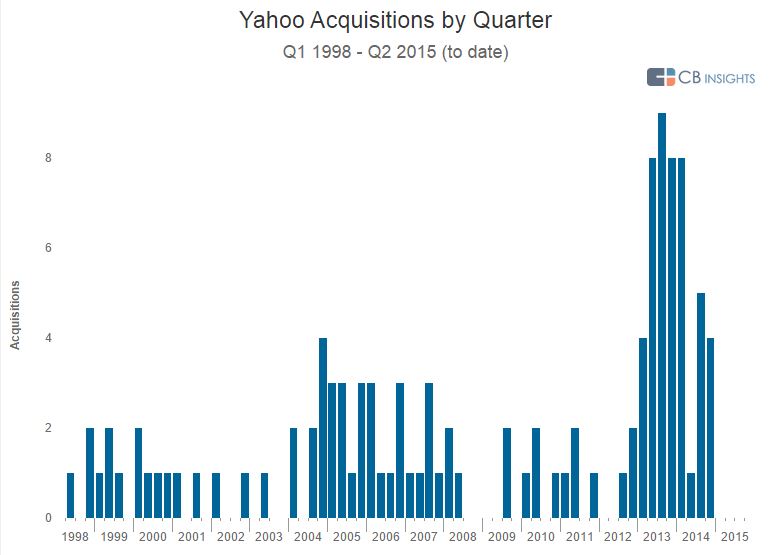 Compared to top tech acquirers such as Google, Facebook and Twitter, Yahoo M&A activity in the Marissa Mayer era has been significant with the biggest step up coming in 2013. The firm remained an active acqui-hirer in 2014 but fell behind Google in total activity and has done zero deals in 2015. 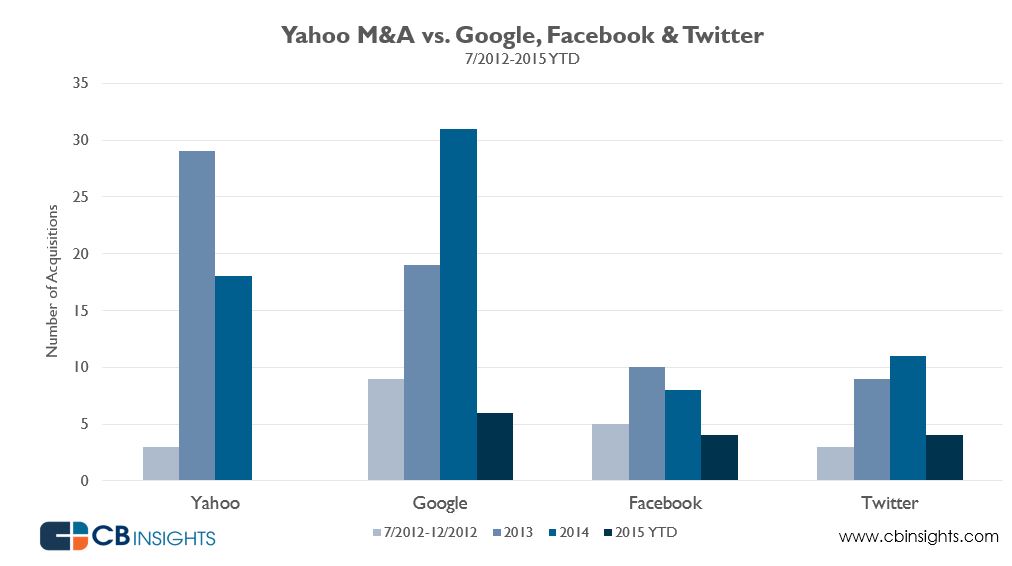 While Yahoo has primarily focused on smaller talent-heavy acquisitions, it has shelled out substantial sums for a handful of deals since Mayer arrived. Most notably, Yahoo paid $1.1B for Tumblr in Q2 2013 and $640M for video ad network Brightroll in Q4 2014.Yahoo also acquired mobile analytics firm Flurry for $300M in Q3 2014. The chart below shows Yahoo’s largest acquisitions in the Marissa Mayer era. 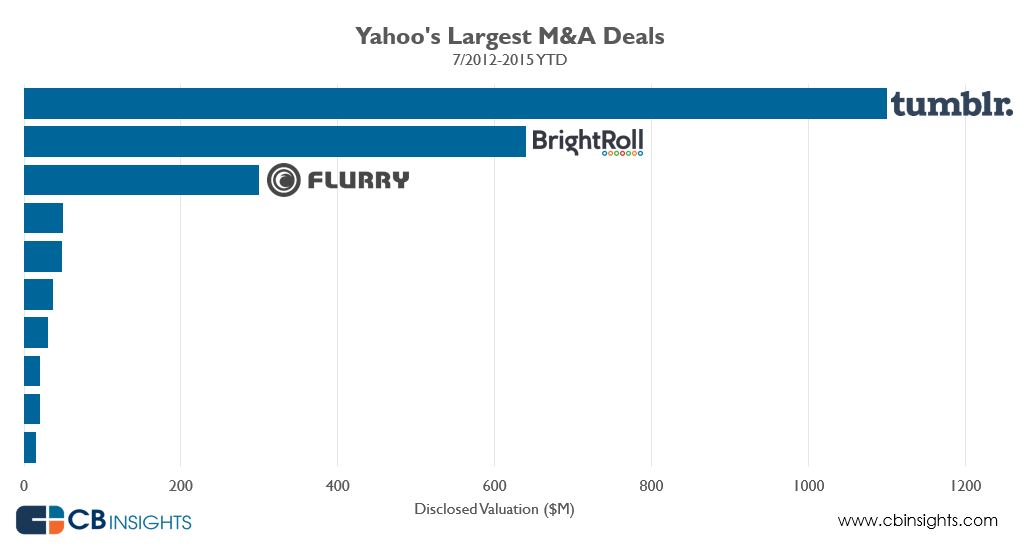 Looking for more private company M&A data and analytics? Sign up for a free account on CB Insights below.