The past couple of weeks have seen a couple of M&A deals of D2C companies.

When Dollar Shave Club was acquired by Unilever for $1B, there was some chatter to see if other incumbents might pony up to buy other direct-to-consumer startups. There certainly were a lot of D2C companies that have been funded over time as the landscape below illustrates. 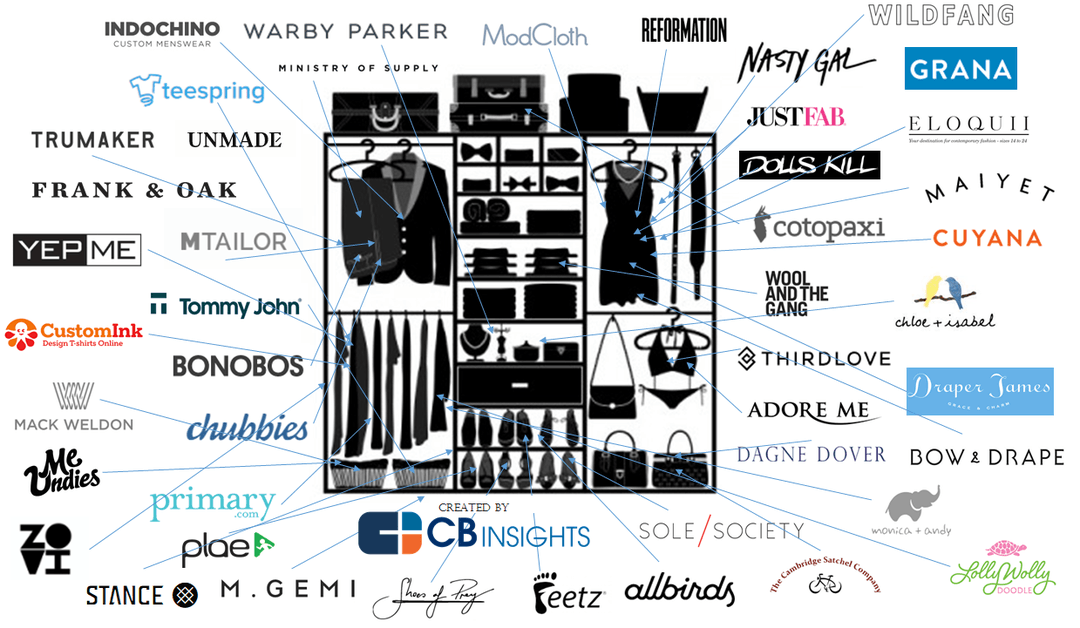 The past couple of weeks have seen a couple of M&A deals of D2C companies.

Jet.com bought struggling apparel site Modcloth, giving parent company Walmart a mid-priced apparel platform that had built up some loyalty among millennial women. Modcloth had raised $75M from First Round Capital, Accel Partners, Floodgate, and others, but was reportedly sold for a price in the low forty millions.

There was no valuation given for the True deal which suggests it wasn’t a big win (this heuristic works well 99% of the time).

But it’s also of the small ball variety (not like Dollar Shave).

The reality is that Unilever’s bold bet on DSC was a bit of an anomaly for a large CPG or retail incumbent. These firms don’t do billion-dollar tech deals regularly. Generally, their deals tend to be smaller and more focused on the core, i.e. smaller product substitute tuck-ins.

For investors doing deals in D2C companies, there often appear to be several logical buyers on paper, but the reality is most of those logical buyers don’t have a history of paying the valuations you might be after.

That said, there are several startups in the space which have high Mosaic scores including Function of Beauty (D2C personalized haircare), Hubble Contacts (D2C consumer contact lenses), and MeUndies (D2C designer underwear). It will be interesting to see if they can build large stand-alone businesses or if the buying behavior of their “logical buyers” changes over time.

Our public Direct-to-Consumer Collection is here.

Startups working on direct-to-consumer distribution have the potential to upend the industry. Look for Direct to Consumer Brands in the Collections Tab.