After a couple of years of largely positive coverage, recent WeWork news reports have turned much more negative.

However, the company has recently seen a sharp downturn in news sentiment. For one, SoftBank announced a $2B investment into WeWork in January 2019, which was significantly lower than the initially planned $20B and sparked speculation about trouble ahead for the company. Furthermore, news broke on the potential conflicts of interest for CEO Adam Neumann, who is part owner in properties that he rents back to WeWork for a profit. 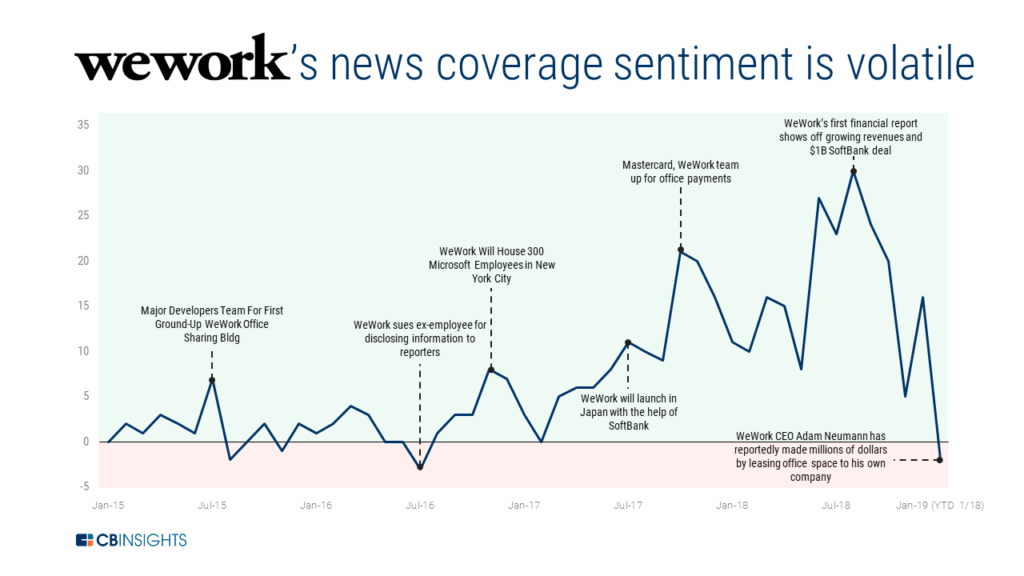 For more on how WeWork has built a $47B real estate business, and what it has planned next, check out our WeWork Strategy Teardown.