Also included is a look back at Transferwise, Careem, and Didi Chuxing.

We cover a WeWork competitor jumping on the blockchain (of course) and more today:

With SoftBank’s cash machine behind it, who might be taking on WeWork in the US?

The list of US competitors is not long, as WeWork’s competitor list highlights. The funding gap between WeWork and its US peers is large with WeWork having raised nearly $4.5B while its competitors, as you’ll see above have raised a great deal less.

Of course, if you unfilter the location column in the table above, you’ll see a host of Chinese competitors highlighting that WeWork is in for a fight in China.

But in the USA, going up against the WeWork warchest (with further potential backing by Softbank) may be proving daunting to many.

Of course, as we show later in this note in the case of Adyen vs Stripe, being outfunded doesn’t always matter. 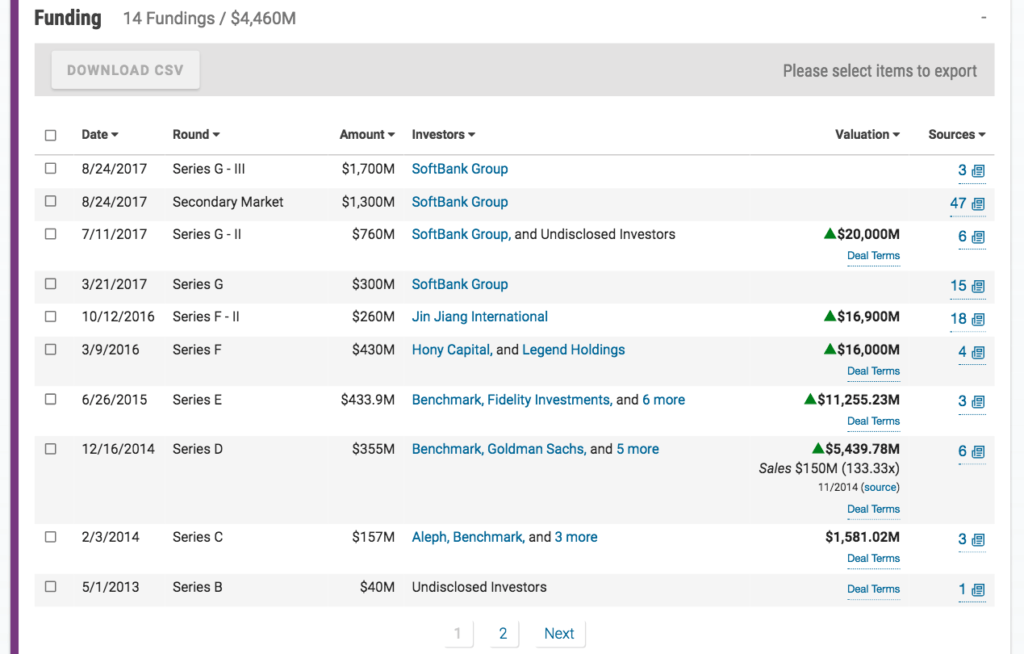