Wearables deals reached their second-highest total ever in Q2.

Last week, one of Silicon Valley’s most well-funded unicorns announced that it would be shutting down and liquidating its remaining assets. Jawbone, a developer of consumer technology and wearable devices, received approximately $930M in total disclosed funding, reaching a private market valuation of $3.03B, before closing its doors.

But despite the recent news, wearable computing deals continue to grow. With over 521 deals and $4.58B in funding since 2012, the industry still seems to be attracting investors.

We define wearable computing broadly to include companies developing electronics devices worn or placed on the body and equipped with technology that can range from wearable medical devices to AR/VR headsets to GPS pet collars, among other examples. We include any company with a wearable product offering, even if their focus may go beyond the devices.

At the current run rate, 2017 is on pace to reach $628M in disclosed funding across 150 deals. Though annual funding has seen greater volatility in recent years, deals have been on an upward trend since 2012. 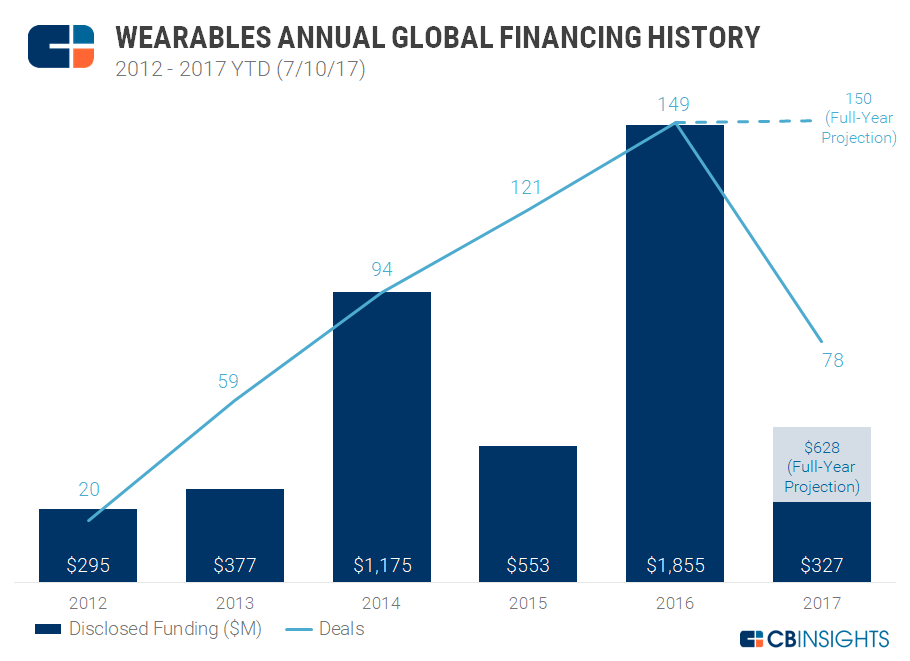 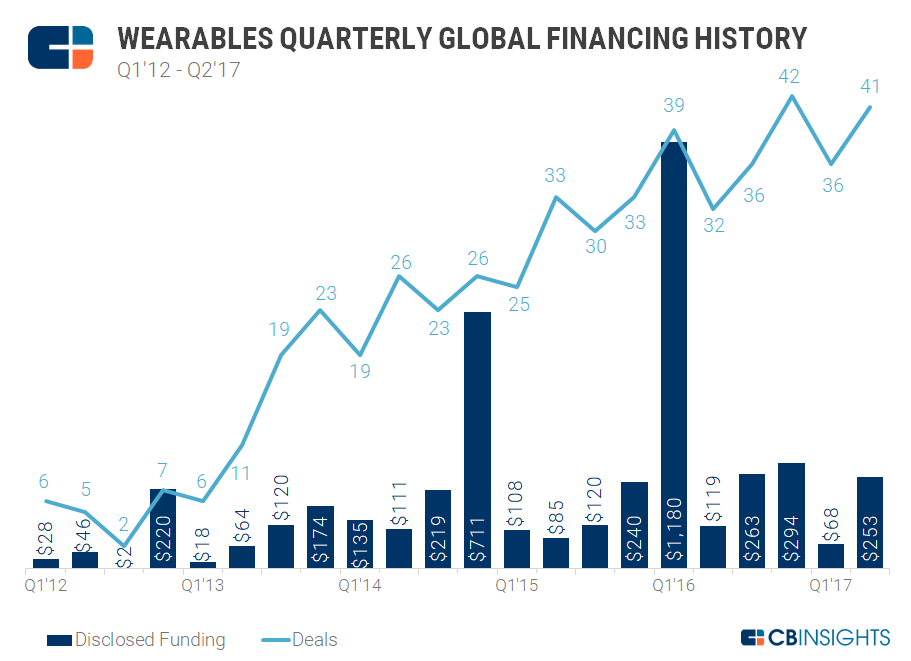 Early-stage (seed & Series A) deals have accounted for over half of total deal share annually since 2012. Early-stage deal share in 2017 YTD is at 64%, down from a high of 69% in 2013, but on par with recent years. The top early-stage deal in 2017 YTD was a $14M Series A investment to Shanghai based Shawdow Creator, a developer of virtual and augmented reality devices. Investors included Everest Venture Capital, Fortune Capital, and Initial Capital.

Mid-stage (Series B & C) deal share has remained steady in recent years after an early high of 25% in 2012. Mid-stage deals have fluctuated between 12-18% of overall activity since 2013. While later-stage deals (Series D & E+) don’t make up a significant portion of deal share by series, “Other” deals (including convertible notes and other rounds) have ranged between 17-21% since 2014. 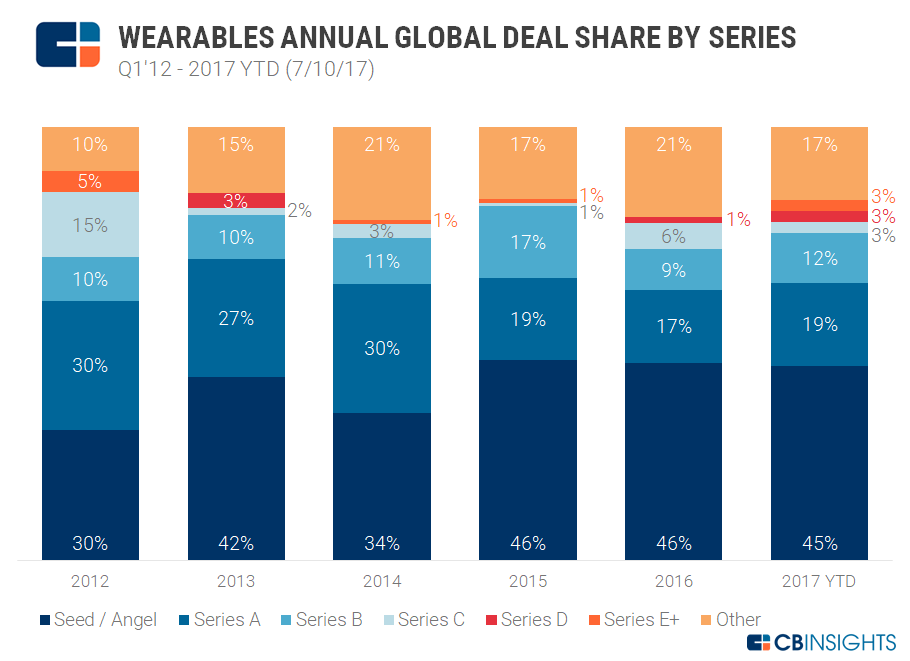 Want more top Wearable Computing companies? Log in to CB Insights or sign up for free below.