With Improbable's recent blockbuster deal, we compared a few of the most well-funded players working on simulation engines.

Augmented and virtual reality (AR/VR) has grown from a risky niche into a front-and-center tech category, with deals to the space exploding by 60% in Q1’17. Funding in the space has largely been propelled by AR headset maker Magic Leap, whose $794M and $542M mega-rounds have towered over all others. (Now, Magic Leap is rumored to be raising at a valuation between $6B and $8B.)

Virtual reality simulation engines are among the picks-and-shovels tools being used to build applications in virtual reality. They are the VR version of game engines, which have long been used in console and PC-based video games to create in-game effects, graphics, and mechanics.

But not every simulation engine maker is as focused on VR as Improbable. Epic Games‘ Unreal Engine, for example, is much more centered on traditional Massively Multiplayer Online (MMO) gaming, but with funding and excitement in AR/VR beginning to swell, Improbable-type engine makers such as Unity, Epic Games, Valve, and OTOY could become more focused on use cases in the AR/VR space.

Below is a side-by-side comparison of a few of the most well-funded players working on simulation engines. 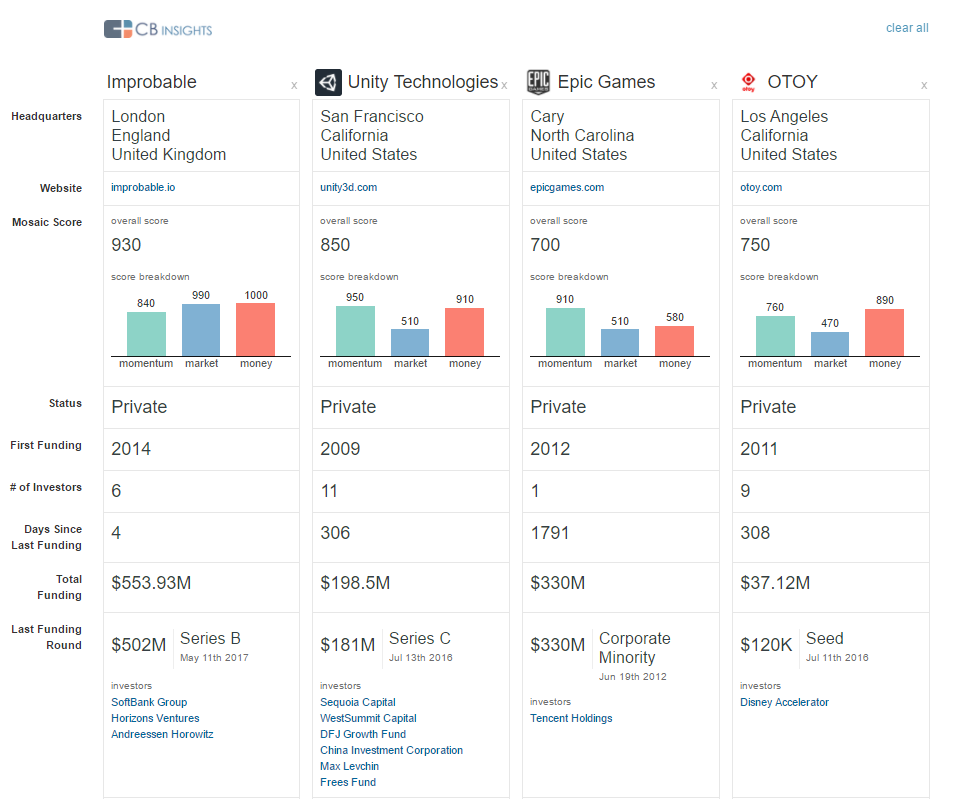