Research Brief
2354
Funding continues to rise, but the industry is still very much in its infancy, with nearly 75% of all deals coming at the early stages.

Few sectors in tech were as hyped as augmented reality and virtual reality in 2015, and the funding numbers continue to bear out the excitement. Overall, AR/VR startups raised a total of $658M in equity financing in 2015, across 126 deals.

Q4’15 topped the previous all-time high in quarterly deal activity hit in the prior quarter. There were 43 deals in Q4’15, which raised a total of $238M.

That was the second-highest funding total of all time, lagging only Q4’14 (though that quarter was largely made up of Magic Leap’s $542M Series B). 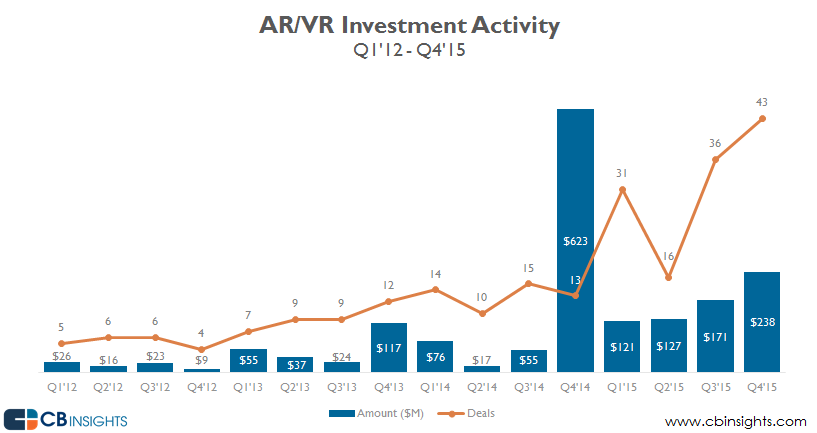 While AR/VR startups continue to garner a lot of media headlines and hype, the industry is still very much in its infancy, with nearly 75% of all deals coming at the early-stage (Angel – Series A). 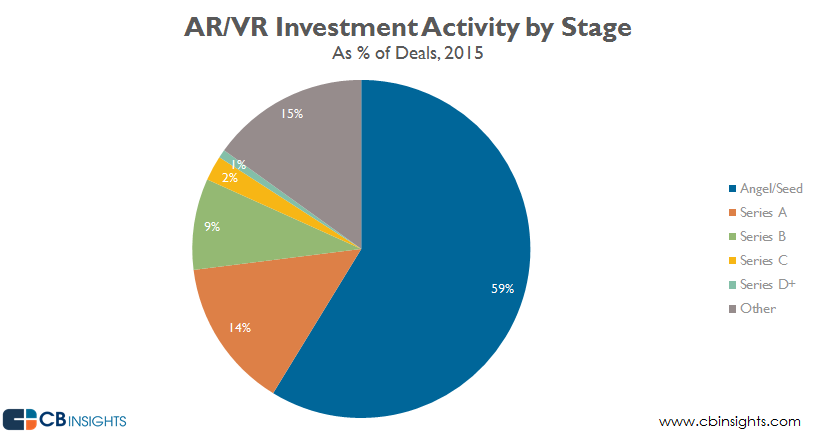 We expect the funding and activity highs to continue throughout 2016, thanks to the flurry of recent and announced consumer launches, including mobile-based solutions like the Samsung Gear VR launched in late 2015 and the announced launch of the Facebook-owned Oculus Rift VR headset later this year.

Want more data about AR/VR startups? Check out our Future of Frontier Tech webinar, login to CB Insights, or sign up for a free trial below.