Research Brief
2113
Virtual reality: What’s here. What’s coming. And how to think about it.

When Motorola prototyped the first mobile phone in 1973, people could see the potential. Even though it cost thousands of dollars, was larger than the user’s head, and weighed a few pounds, there was promise. But the world that technologists envisioned in 1973 pales in comparison to the world 42 years later. Today, after waves of innovation in mobility, our phones have become a piece of our very persona. That was impossible to imagine — despite the promise.

We believe virtual reality is the next step in an immersive computing trend that’s been advancing for decades. In the world of gaming or animation, we’ve constantly pushed ourselves to create models that are more accurate, more lifelike, and more interactive. The definition of better quality in video is higher resolution. And despite a period of reduction in screen sizes, phablets have proven that bigger is better when it comes to displaying images at scale. So naturally, technologists can easily envision an immersive future of content and entertainment when they hear about Virtual Reality. And capital has followed in droves.

But just as early predictions surrounding smartphones ultimately blossomed into a much more robust set of applications than initially envisioned, we’re only starting to get a sense for how much broader VR is than gaming. Recently at Sapphire, we’ve been exploring the nature of the VR market.

While we haven’t yet made an investment in VR applications, we’re starting to sense some maturity arriving in the industry. It’s clear to anyone who’s put on a head mounted display (HMD) — let alone a variety of them.

It feels like markets we’ve seen before. In many new waves of IT, the invariable shift could be detected by a tell: huge advantages to new architectures. For example, consider the software built atop social networking data. The records hidden in social networks allowed businesses to build living, breathing, user databases. Facebook can use its data to continuously improve its ad targeting. LinkedIn can use its data to continuously improve its usefulness in recruiting. That adaptability offered an incredible advantage to a traditional static system.

We see those same trends in VR. Namely, we believe three characteristics of VR will help it carve out its position in the world of computing. These characteristics hint at Neal Stephenson’s metaverse. Namely, they are presence, scale, and interaction design.

While existing computing platforms get us closer to these things than pencils and paper ever did before, they pale in comparison to the immersive experiences virtual reality will one day provide.

We believe these advantages will allow the scope of VR’s impact to be far broader than just media or gaming. Each of these three differentiating characteristics has implications across the software market. And a Cambrian explosion is already starting to emerge. In our initial survey of the market we saw an incredible amount of innovation in hardware, software, underlying infrastructure, end-user applications, consumer markets and enterprise markets. Exactly what we’d expect. 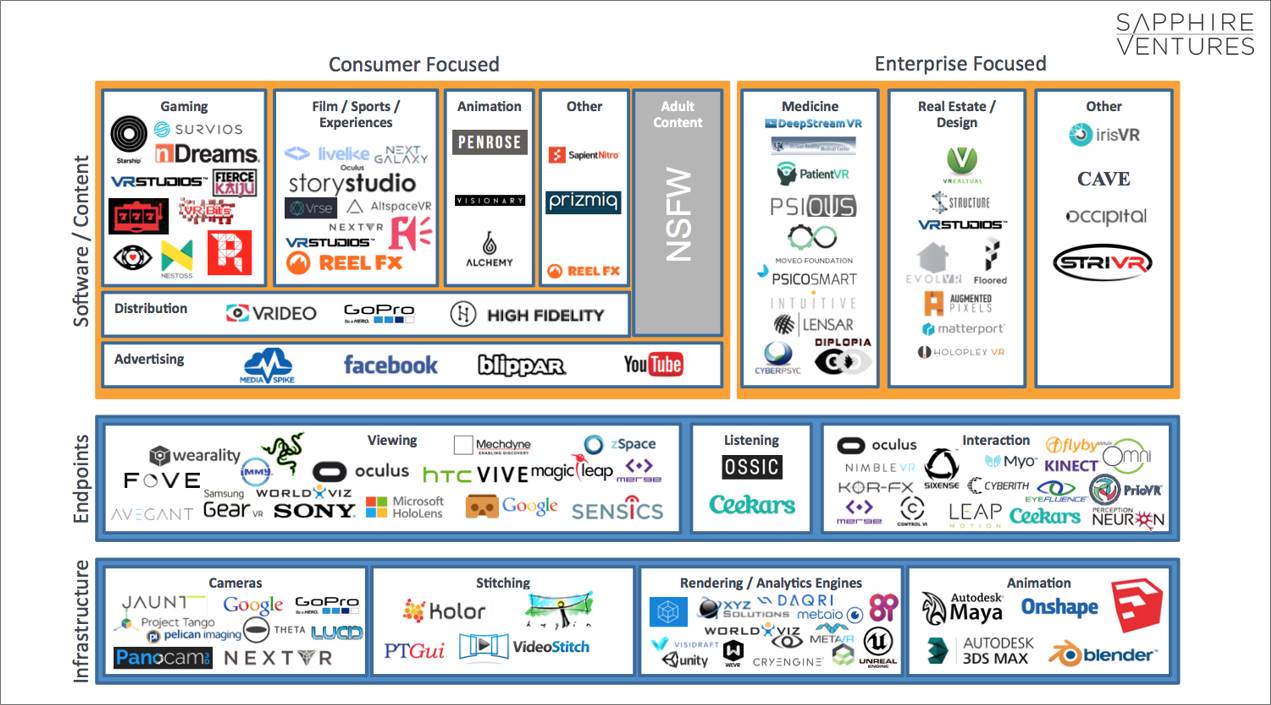 Over time, we only expect this plethora of innovation to grow. As the underlying infrastructure and installed base of endpoints start to mature, the foundation will be laid for software at scale. As the market finds early demonstrations of VR’s potential through games and media, we’ll see more focus on VR through the realms of education and workforce training. Enterprise use cases will become mainstream. And as more and more users rush to the medium, new types of analytics and advertising engines will need to be built for the format.

It’s only the early days of this change. But we’re certain that these technologies will impact our computing experience.

Information provided in this post is subject to the following disclosures.

Max Wessel is a vice president at Sapphire Ventures, a venture capital firm focused on helping growth-stage software firms scale. In addition to his role at Sapphire, Max serves on the World Economic Forum’s Global Agenda Council and frequently collaborates with the Forum for Growth And Innovation, Clayton Christensen’s think tank, where he served as a senior research fellow.