Verisk, one of the largest data analytics providers in the P&C insurance industry, has made more than 12 acquisitions since 2012.

Verisk Analytics CEO Scott Stephenson has previously called the trend of insurers relying more on data a “quiet revolution.” Since going public in 2009, the Jersey City, NJ-based data analytics and risk assessment giant in the property and casualty insurance industry has used M&A to expand significantly and today has a market cap of over $13.7B.

Here’s a look at how Verisk’s M&A activity has trended since 2012.

Since 2012, Verisk has made more than 15 acquisitions (including Arium in Q1’17). That includes the 2015 $2.8B buyout of Wood Mackenzie, which provides data analytics and commercial intelligence for the energy, chemicals, metals, and mining verticals. In 2014, Verisk attempted to buy aerial and roof measurement technology provider EagleView Technologies for $650M, but scrapped those plans after the Federal Trade Commission said it would file a lawsuit to block the deal. (Note: The visualizations and data below are all taken directly from the CB Insights platform’s Acquirer Analytics tool.) 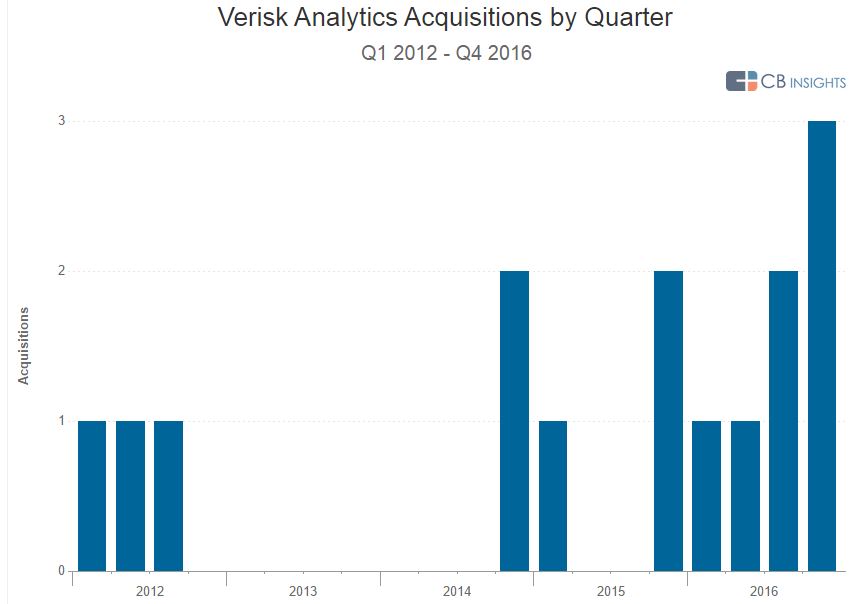 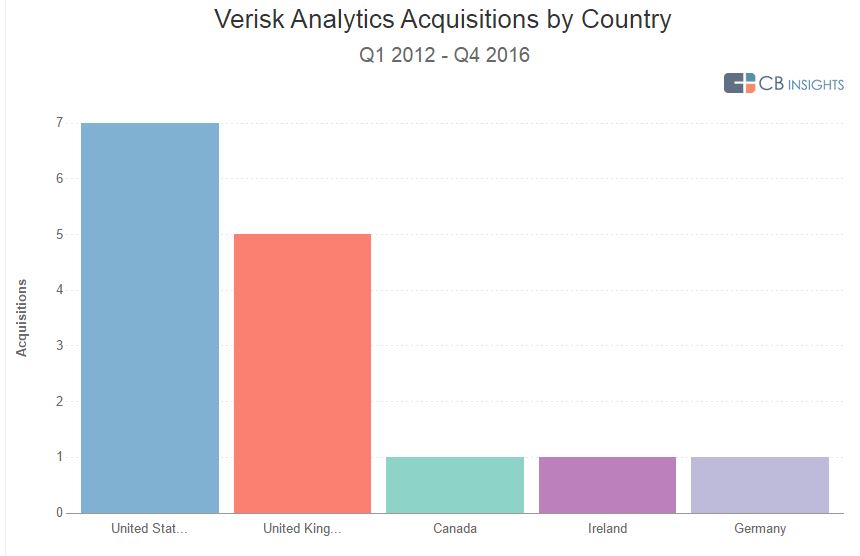 Most of Verisk’s acquisitions over the last five years have gone to consulting and advisory services including UK-based geopolitical risk analysis firm Maplecroft and financial services benchmarking and advisory provider Dart Consulting, both acquired in 2014. It will be interesting to monitor whether Verisk’s recent acquisition of AnalyzeRe will be part of a shift in acquisition appetite for smaller and more recently established tech startups across the data and risk analytics space. 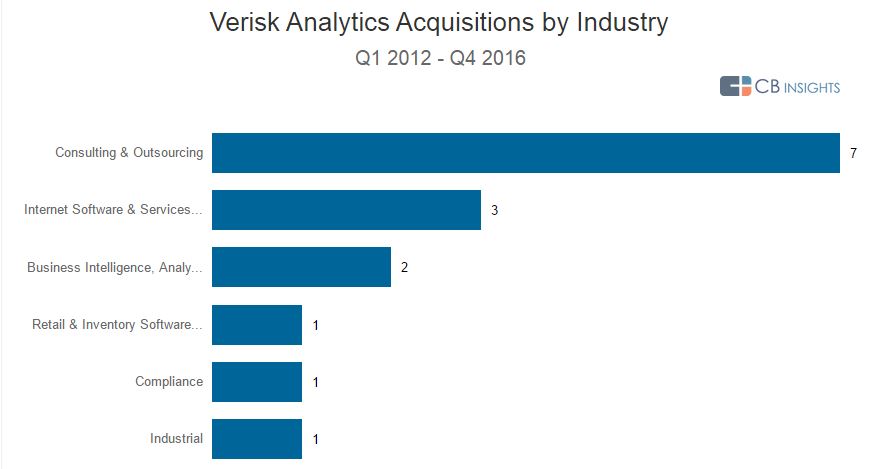