Venture funding and deal activity in Asia took a serious dip in Q4’15 compared to Q3’15. Not surprisingly, this also held true in Asia’s two largest markets: China and India.

In the KPMG and CB Insights 2015 Venture Capital Report, we dug into global investment data including regional looks at Europe, Asia, and North America, as well as analyses of the funding climates in China and India.

Deal volume in China fell nearly 39% quarter-over-quarter in Q4’15 to 71 deals, the lowest amount for deal activity in at least 5 quarters (a more dramatic drop than the 13% fall in deal count globally). In terms of funding dollars invested, there was a 29% drop in China over the same period (roughly the same as the 30% drop in venture funding globally).

The top city for deals was Beijing, which saw $1.7B invested over nearly 30 deals. But Shanghai saw far larger deals on average, accumulating $5.3B in investment over roughly two-dozen deals. 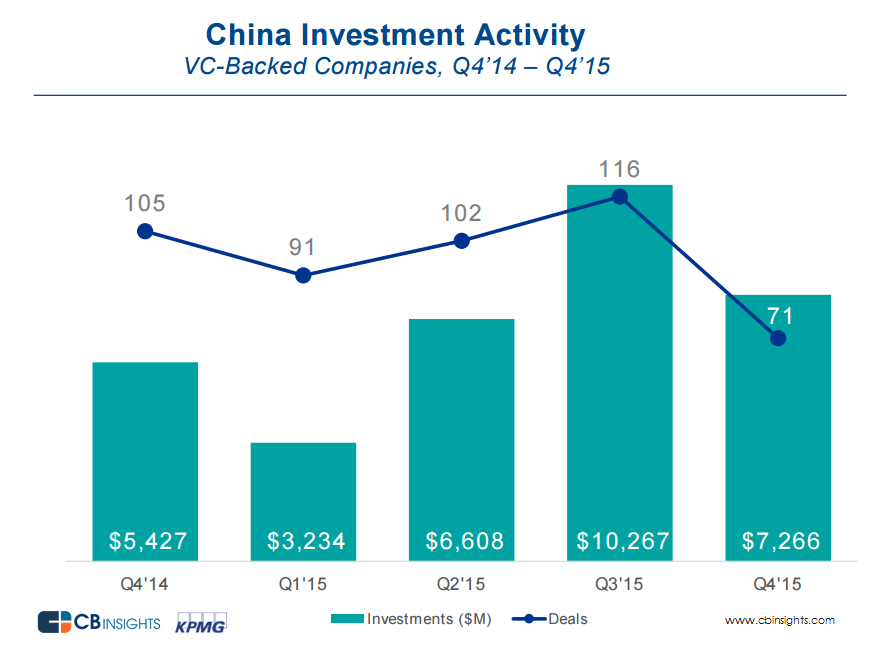 The slowdown was even more profound in India, where Q4’15 represented a 46% drop in funding dollars quarter-over-quarter. Deal count also took a hit, falling 18%.

India also saw 2 of Asia’s 10 largest deals in 2015: Olacabs‘ $175M Series F and IIFL Wealth Management‘s $173M growth round. Mumbai was the most active city for deals, with $631M in funding occurring across 20+ deals. The next largest market was Bangalore, which saw $357M in funding. 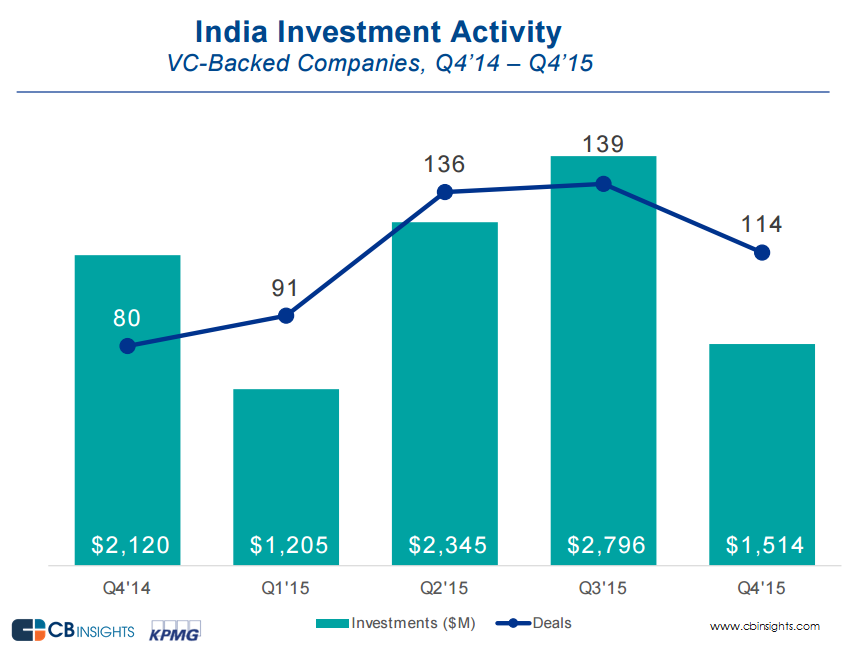