Venture debt has become increasingly popular as entrepreneurs look for additional sources of cash, but it’s not a direct replacement for venture capital. We break down how the funding approaches compare.

Venture capital is the dominant form of financing for startups, but venture debt — which offers a way for VC-backed startups to raise funding by borrowing money — can be appealing to founders wanting a quick influx of capital without giving up much equity.

Below, we look at some of the main differences between venture debt and venture capital. 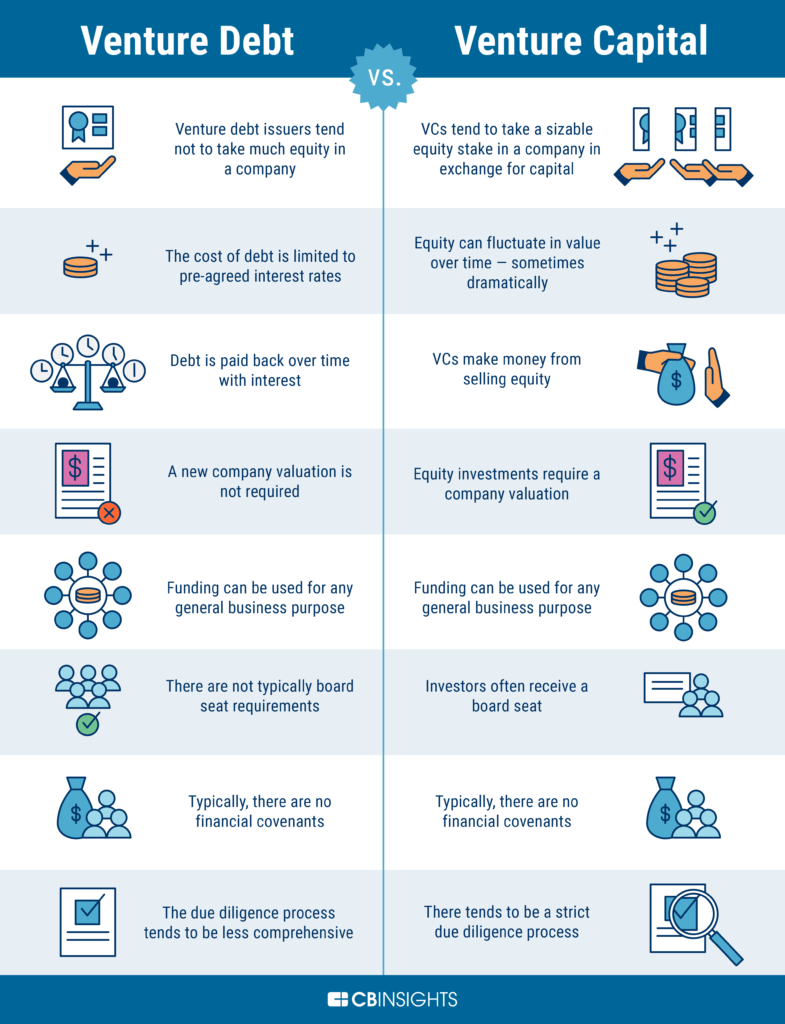 Some of the differences between venture debt and venture capital include:

For more information on what venture debt is and how it compares to venture capital, check out CB Insights’ report: What Is Venture Debt?