Research Brief
1611
Flush with cash, US-based VCs are driving up round sizes in both Europe and Asia.

Europe’s tech markets, including the UK and Germany, have been pulling in increasing amounts of VC funding as of late and also attracting investment from non-local investors (including US venture capital firms). Interestingly, the influx of US-based VCs appears to be driving up round sizes.

We looked at the median VC-backed round sizes for European Tech companies since 2011 where a US-based VC participated in the round, and when they did not. We saw that across all stages ranging from Seed to Series D, deals which included a US-based VC were higher, and often times, by a large margin.

At the seed level we found that the median size for rounds with US VC participation was $1.3M, still below the typical US seed round, but over 60% higher than seed rounds where no US-based VCs participated.

The median round size for Series C tech financings in Europe with a US-based VC was $22.5M, versus just $9.6M for rounds with no US VC. When looking at average instead of median figures, Series C rounds increase to $16.3M for non-US VC rounds, and $30.3M for rounds in which a US VC participated in. The large divergence could be caused by US VCs rushing into some of the hottest deals in European Tech, including Series C financings for Wonga, iZettle, and SoundCloud 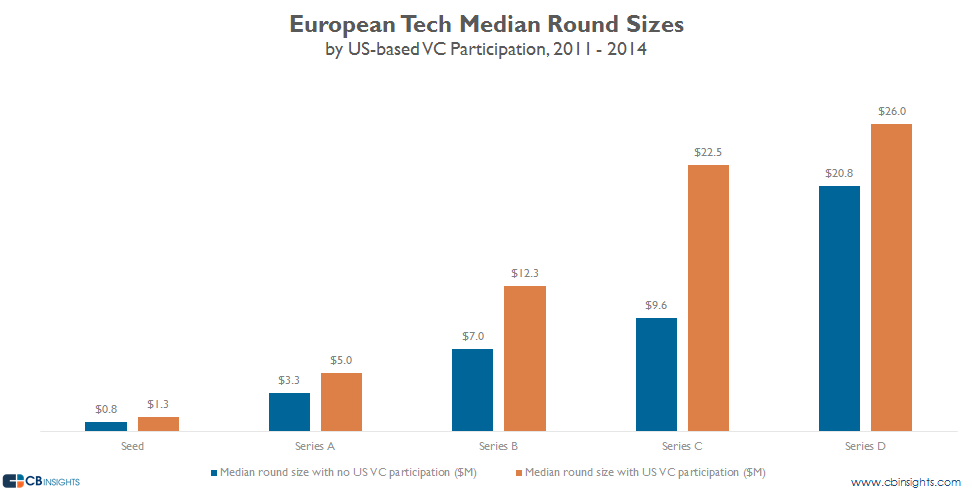 Tech median round sizes in Asia followed a similar trend, with median round sizes which included US-based VCs being larger than those that did not have US venture investors. However, unlike Europe, the trend was not across the board as Series D financings in Asia were larger when non-US VCs participated. 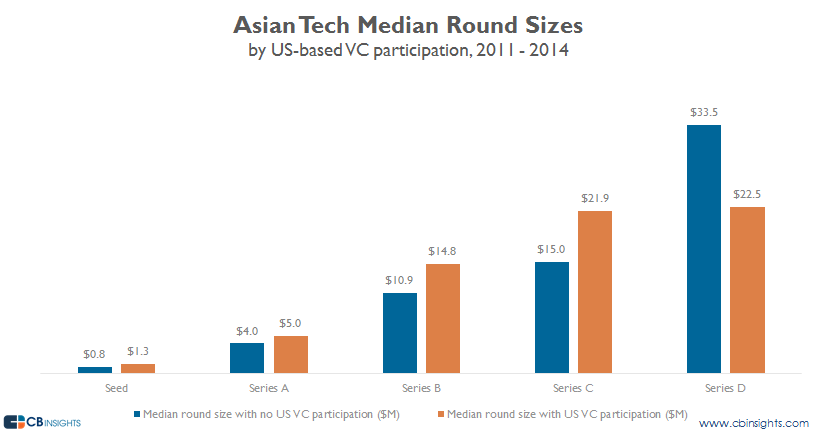 For more information about European and Asian tech financings, login to CB Insights or sign up for a free trial below.