A drop in seed deals accounted for nearly 80% of the decline in deals in Q1'20 as investors rethought riskier, early-stage rounds.

Seed deals to VC-backed companies saw a sharp drop off in Q1’20, in part due to the Covid-19 pandemic.

Most investment stages have seen a relatively steady deal count over the past few quarters, but seed-stage deals saw the impact of coronavirus-related concern as investors pivoted away from early-stage bets. 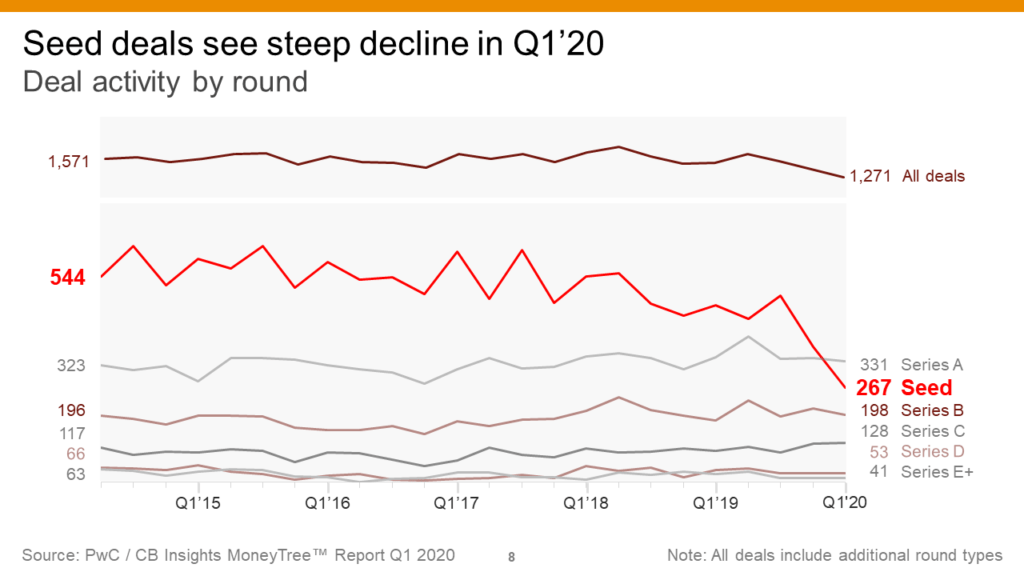 That said, the median size of seed deals stayed flat at $2.4M QoQ and increased more than 40% compared to Q1’19. This highlights that although fewer startups are receiving venture capital seed deals, VCs have yet to reduce their round sizes to these newer companies. 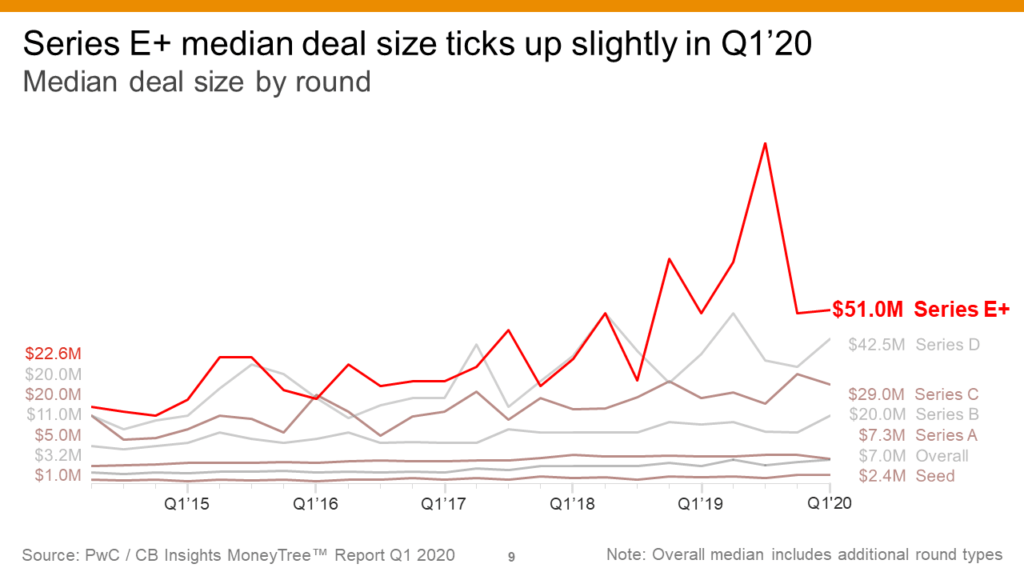