Recently, we analyzed venture capital data for Massachusetts vs. New York, and we saw that while New York doesn’t measure up to Massachusetts on exits, it is eclipsing its Boston/Cambridge neighbors on the funding front. Many of our readers suggested that LA or Seattle should also be considered and so we wanted to oblige. Specifically, we looked at SoCal and the Pacific Northwest and compared their tech scenes versus Massachusetts and New York.

New York still reigns supreme when it comes to total dollars invested even with the addition of these markets. Both NY and MA have seen a 30%+ increase in funding versus 2013 (and this is only through 2014 YTD).  LA is also up 23% versus 2013.  The Pacific NW has actually decreased in funding (though it is likely to exceed the 2013 amount by the end of the year at its current run rate). Between the 4 geos, more than $8.5B has been invested in tech companies in 2014 YTD. 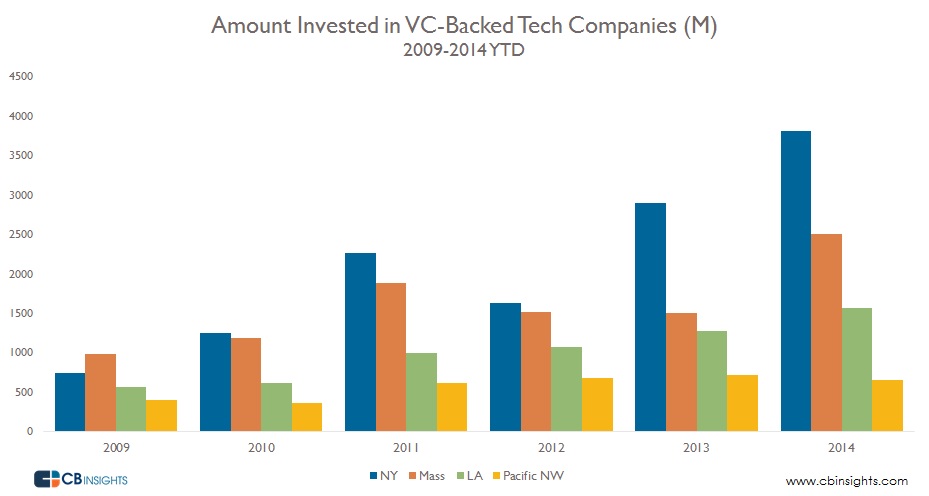 Number of deals – NY and Mass have positive growth 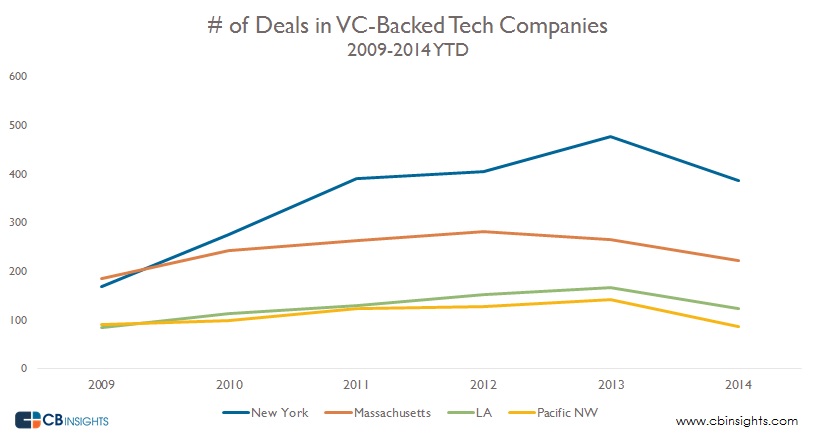 New York has some very well-funded companies as does LA, including NantHealth which recently raised a $250M Series B equity round. On the funding front, Massachusetts actually had the weakest showing among the 4 venture hubs with its top companies raising $764M compared to the $1.5B+ that NY raised.

New York as might be expected is focused on Internet companies, while Massachusetts and Pacific NW see companies focused on overcoming obstacles in semiconductors, telecommunications, and enterprise software. Los Angeles sees its well-funded startups covering everything from e-commerce to communication to health. 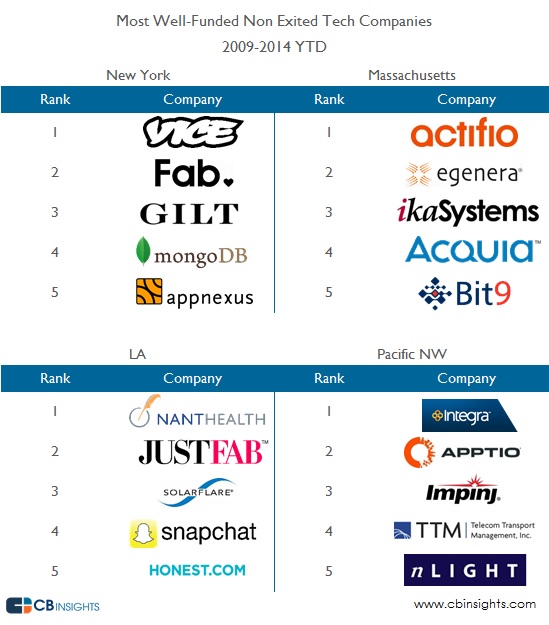 While Massachusetts and New York have been consistently duking it out for the top spot (with Masschusetts edging out NY in 2014) for the most exits, Pacific NW and LA have been virtually tied at a much lower rate of exits. 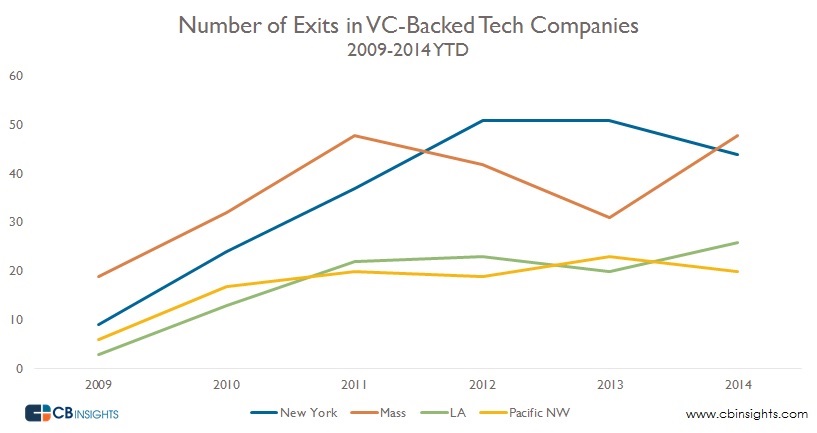 Though they haven’t had a strong showing in the other metrics, Pacific NW has had two massive IPOs in in the last two years. Tableau Software, a business intelligence company, and e-commerce platform Zulily raised more than $250M in their IPOs. Though the geo has the largest total valuation of exits, after those IPOs, the acquisitions are $100M or less. Massachusetts on the other hand, has a series of many fairly large VC-backed exits since 2013.  LA has had one multi-billion dollar exit in the form of Oculus VR, as well a couple of successful IPOs.  New York pulls up the rear across all 4 markets based on total valuation of VC-backed exits. 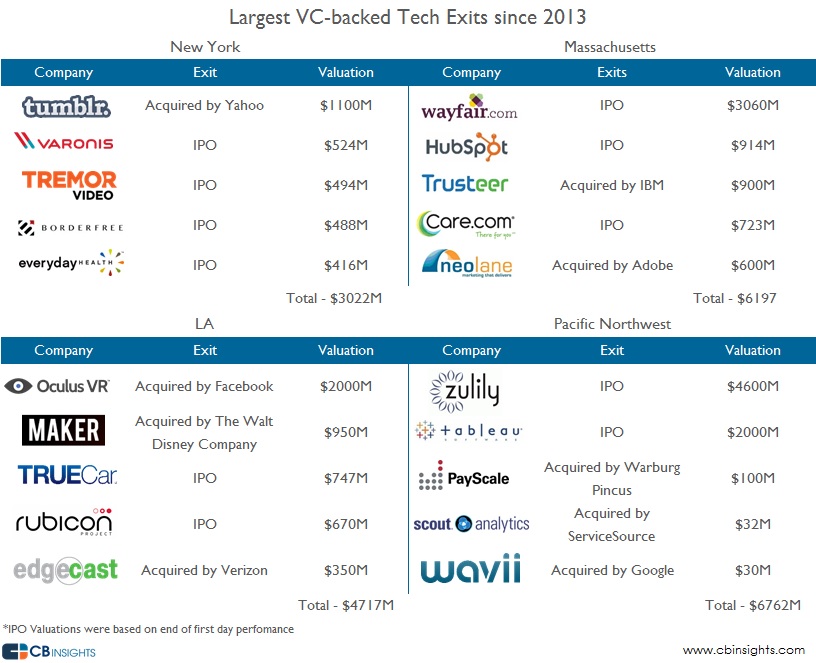 To track financing and exit activity real-time for NY, Massachusetts, Seattle or LA, login to the CB Insights Venture Capital Database or sign up free below.