Research Brief
2005
Three VC firms — Sequoia, NEA, and Accel — are consistently in the top 5 when it comes to participation in the 100-largest tech startup exits.

Which venture capital firms are seeing the most big exits, and how are those names changing with time?

We analyzed the top 100 tech exits over two separate periods using CB Insights data. The first period covered Q3’09 to Q4’12 and the second period starts in Q1’13 and ends in the most recent quarter, Q2’15. We compiled a list of investors with at least five of the top 100 exits in each period, and ranked them according to how many of these exits they were involved in.

When analyzing the rankings, a few interesting points emerge:

Here are the full lists of the VC investors with at least 5 of the top 100 tech exits during these time periods: 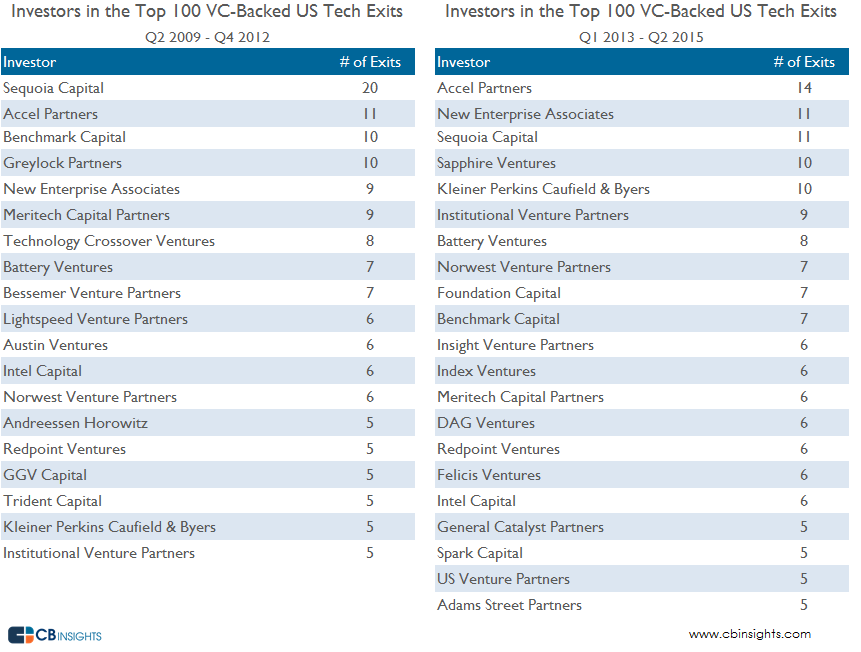 Why is it important for VCs to find their way into the top exits (as opposed to the highest number of overall exits)? As prominent investors like Peter Thiel and Chris Dixon have pointed out, a small percentage of top companies and their exits drive the returns for most of the industry.

We put together some stats about the top exits for context. While the aggregate value of exits during the first period was larger than the combined value in the latter period ($207B vs. $137B), over half of the first period’s exit value came from Facebook’s giant $104B IPO. Excluding Facebook’s IPO, the second period would have had a larger aggregate exit value than the first. The second-largest exit in the two time periods also involved Facebook: the company’s acquisition of WhatsApp for $19B in 2014.

Some other interesting points that emerged from the full data for the 100 top exits. 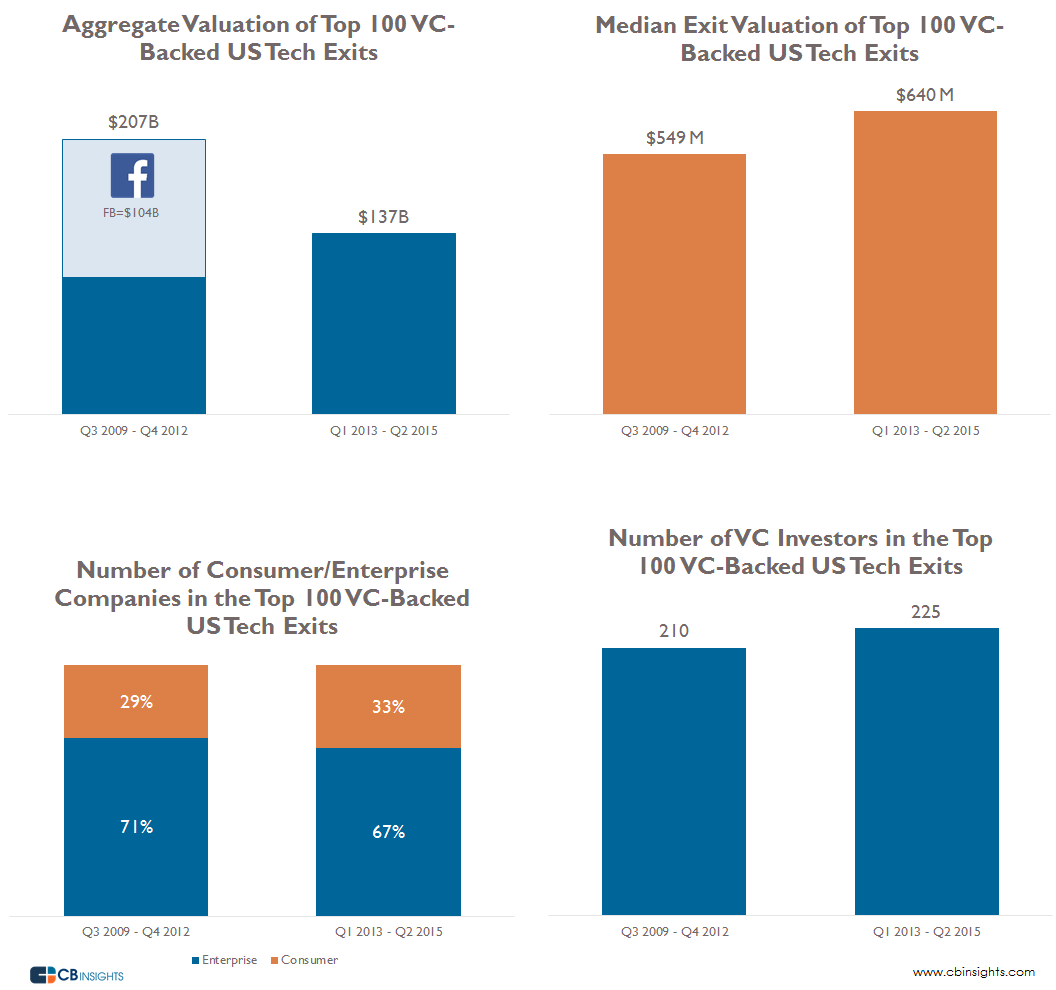 *Analysis only includes first exits. Debt and grant rounds were not included.

Want more data on the top exits? Check out our venture capital database below.