US-based VCs are investing in international companies in 2014 more than in any of the past four years.

With the growth in foreign tech ecosystems, are US venture capital firms increasingly looking abroad for dealflow? We analyzed the investment behaviors of US-based VCs (micro-VCs, VCs, and Corporate VCs) to see if there has been increased international interest and which VCs are making the push internationally.

The data highlights that 2014 is likely to be the fifth straight year where US VC participation in international markets has grown, as US-based VCs have already participated in 490 deals through the first three quarters of 2014. This year also has seen the highest overall funding figures for deal participation, with US-based VCs participating in deals totaling over $8.8B. 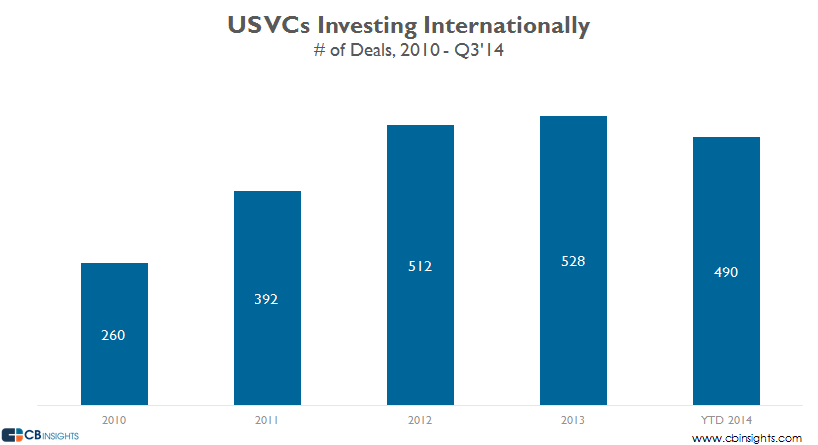 While deal activity internationally has edged up, the more interesting trend is that more US-based VCs are doing international deals each year, with the figure growing 52% from 180 VCs doing foreign deals in 2010 to 273 in 2013. Through the first three quarters of 2014, 257 US-based VCs have made international investments. If the current pace holds, 2014 will reach a five-year high. 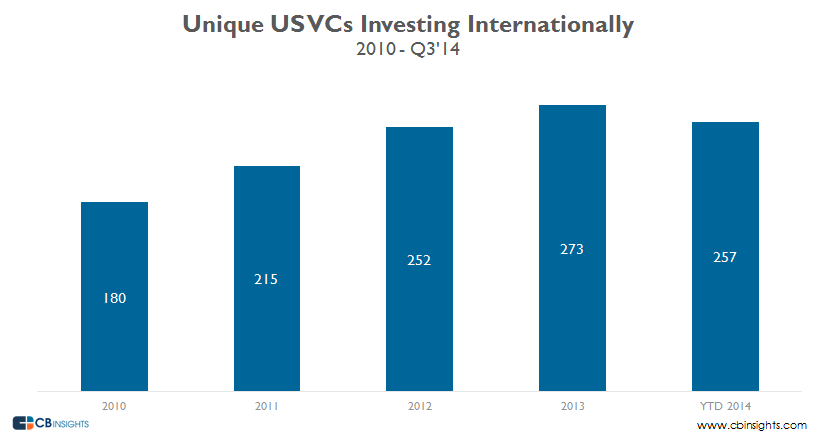 Apparel & Accesories is the top sub-industry

On a unique company basis, US-based VCs have invested the most in the ecommerce space, specifically in the Apparel & Accessories area with over 50 companies receiving financing since 2012. This includes Zalora, as well as Russian fashion marketplace company Lamoda. Advertising, Sales & Marketing and BI, Analytics & Performance management rounded out the top 3 in terms of sub-industries. 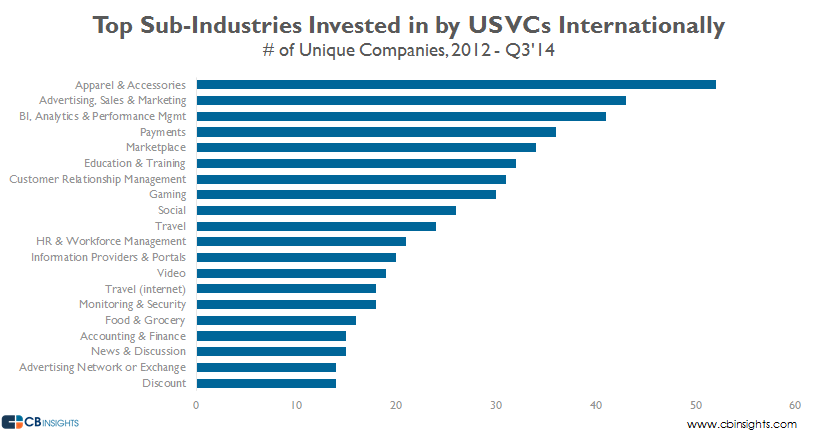 500 Startups was the most active US VC investing internationally on a unique company basis.  Accel Partners was second with notable investments in India-based Flipkart, Sweden-based Spotify, and France-based BlaBlaCar. Intel Capital rounded out the top 3.

Note: Recent international financing analyses that may be of interest: The next Silicon Valley and country-specific analyses of India, the UK, Germany, Canada and Australia.

For more data surrounding international financings and exits, sign up for the CB Insights venture capital database. Create a free account below.