Financings to VC-backed companies continued a downward trend in Q2’16, when they saw 1,886 deals compared to 2,008 deals in the previous quarter, a 6% decline.

At the same time, global VC funding rose slightly between Q1’16 and Q2’16 to $27.4B, according to the quarterly KPMG International and CB Insights Venture Pulse Report. The funding rise was attributable to $1B+ funding rounds by “decacorns” — companies valued at over $10B — including Uber, SnapChat and Didi Chuxing.

But deal volume continued to decline, likely a result of numerous factors, from market uncertainties associated with Brexit, the November US presidential election, a slowdown of the Chinese economy and the potential increase in US interest rates to the hangover resulting from the valuation highs created in 2015, which continues to see VC investors questioning high valuations.

Q2’16 marks the fourth-consecutive quarter of declining deal activity, and the lowest recorded deal count since Q2’13. Deal activity had already slowed noticeably in Q4’15 and Q1’16 but global financings dropped a further 6% in Q2’16, down to 1,886.

Deal count fell in both Asia and North America, though it rose slightly in Europe. Corporates and CVCs participated in over 25% of deals globally for the second-straight quarter, as corporations continue activity in private markets.

At the same time, funding ticked up. Following 2 consecutive quarters of declines, global funding to VC-backed companies edged up 3% to $27.4B in Q2’16, lifted by $1B+ rounds to ‘decacorns’ valued at $10B+ such as Uber, Snapchat and Didi Chuxing. 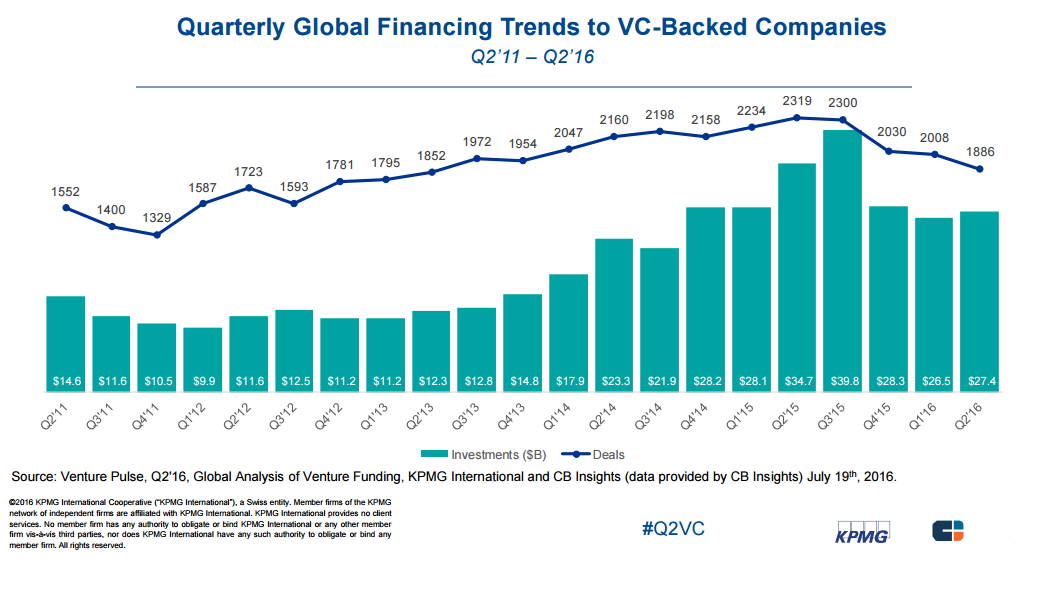 After last quarter’s noticeable decline in seed/angel deal share, Q2’16 saw an uptick in that category so that seed/angel deals accounted for 35% of deals. At the same time, Series A deals shrank in Q2’16, and took less than 25% of all deals in the quarter. All other stages remained relatively range-bound. 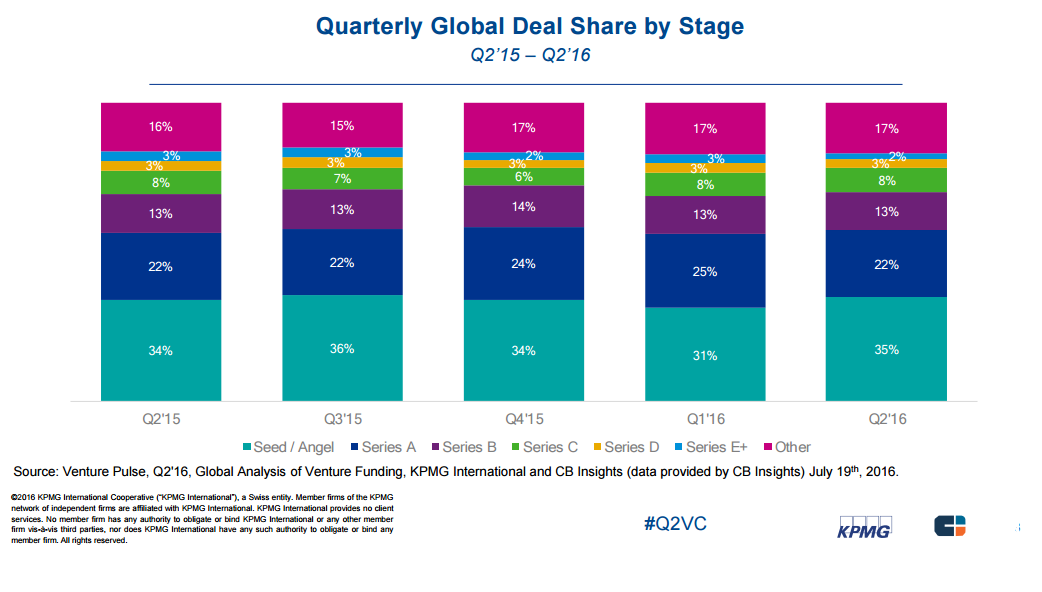 Want access to more VC funding data? Login to CB Insights or sign up for free below.