India and China combine for more than half the deals to used car e-commerce and a flurry of $100M+ mega-rounds.

Hoping to make the used car buying and selling experience more seamless and reliable, investors are putting major dollars behind startups providing online transaction platforms for used cars both in the US and abroad.

The rise in funding comes despite the presence of huge incumbents in this multibillion dollar market including CarMax (NYSE: KMX, Mkt Cap: $9.8B) and AutoNation (NYSE: AN, Mkt Cap: $4.7B).

Overall the space has seen an explosion is funding, after starting as a nearly non-existent area for investment at only $5M of funding back in 2012.

Notable 2015 deals include the$110M Series D to Beijing-based Cheyipai and the $170M Series C to Uxin Pai, the latter being the most well-funded startup in the space with $460M in total raised. 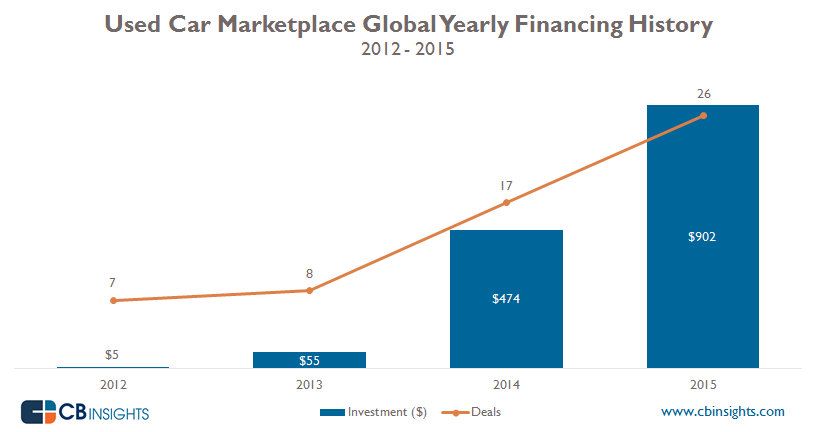 With the highest funding total yet, Q1’16’s tally represented 74% growth in funding and a 20% increase in deals over the quarter prior. Deal volume peaked in Q3’15 at 10 deals.

Notable Q1’16 mega-rounds included a $204M Series A to Chinese marketplace Guazi, and a $145M Series B to India-based CarTrade. Together these deals drove most of the quarter’s total funding. 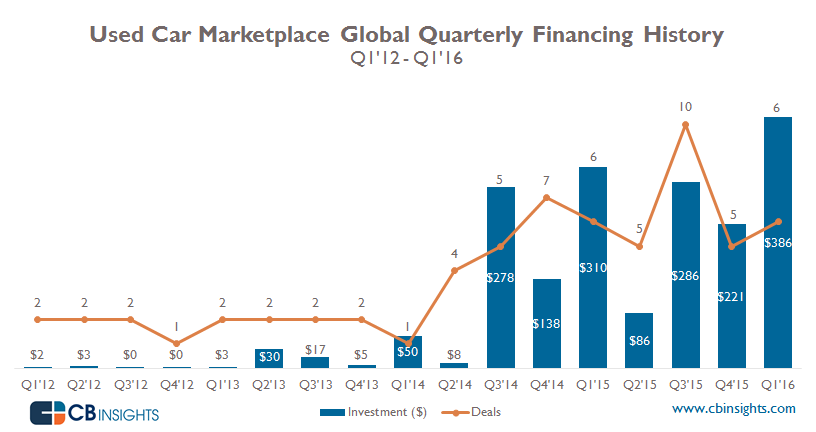 Because so much of the recent deal makeup came from mega-rounds to companies based in India and China, we wanted to determine just how much of a global phenomenon used car marketplaces are. Taking a look at the data, US-based startups took 38% of the share of deals, but India and China combined saw nearly half of all deals occurring in the past 4 years. 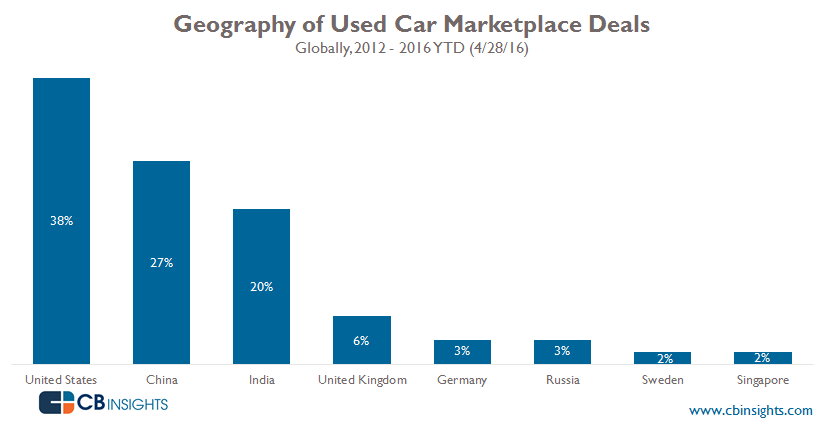