Across the US, well-funded companies are rethinking how the financial system operates.

There are 5 unicorn companies ($1B+ valuation) included on the map, reflecting the significant amount of money that has been invested in fintech over the past few years.

Unicorns on the map include SoFi in California, Oscar in New York, Avant in Illinois, Kabbage in Georgia, and AvidXchange in North Carolina. 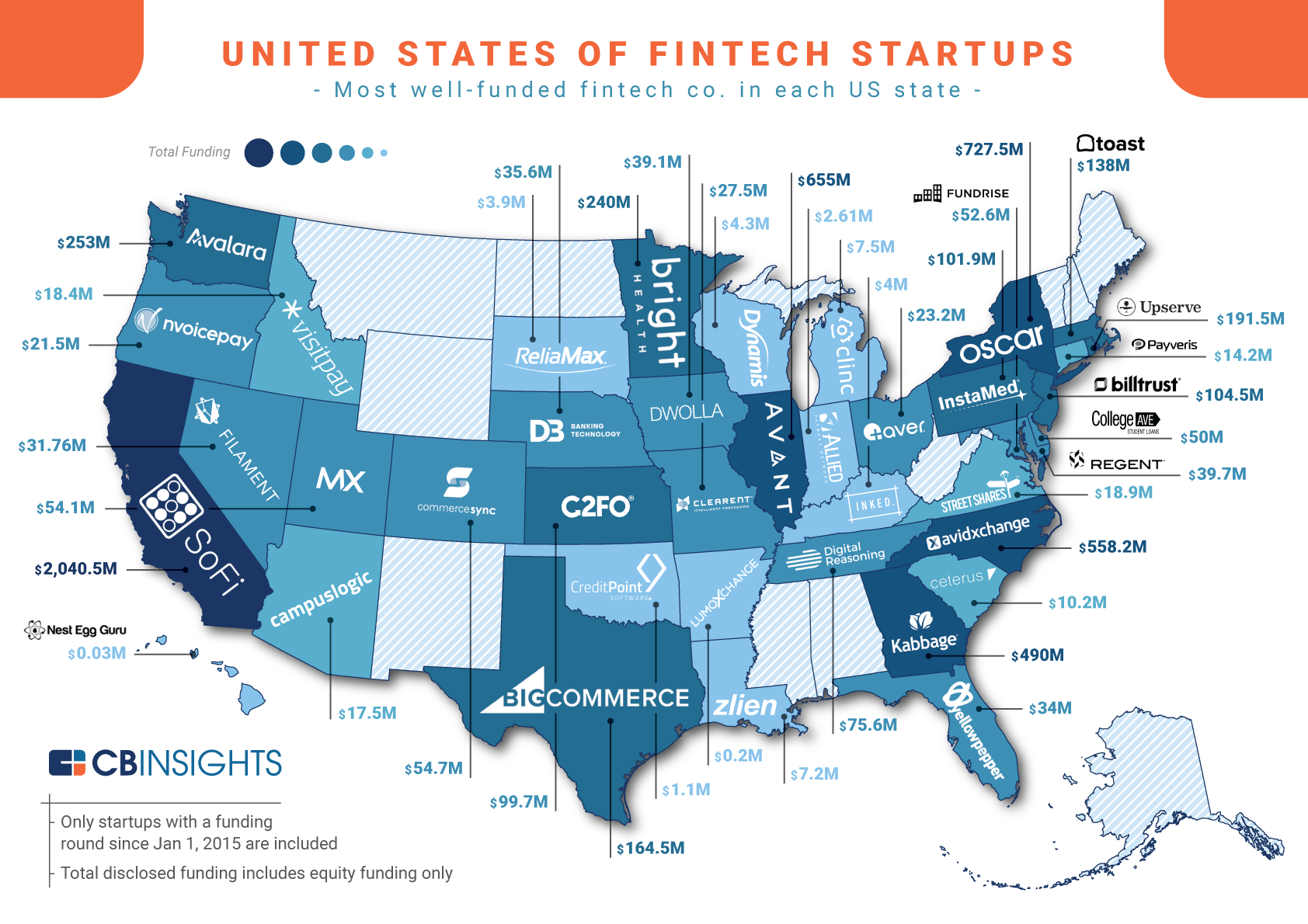 California-based lending unicorn SoFi is the most well funded fintech company with just over $2B raised since 2011. The company was last valued at $4.5B after raising a $500M Series F in Q1’17 and is backed by SoftBank, Silver Lake Partners, and Peter Thiel, among others.

The second most well-funded startup on our map is New York based unicorn Oscar. The health insurance company raised $727.5M since 2013 and has been valued at $2.7B after raising a $400M Series C in Q’16 from investors including General Catalyst, Goldman Sachs, Google Ventures, and Founders Fund, among others.

Illinois-based Avant, a personal loan startup, completes the top 3 with $655M in disclosed equity funding since 2012, and a valuation of $1.9B. Avant’s backers include General Atlantic, Tiger Global Managament, Peter Thiel, and RRE Ventures.

On the other end of the spectrum, over half of the companies on our list have raised less than $50M. LumoXchange (Arkansas, $200k raised) and CreditPoint Software (Oklahoma, $1.1M raised) are the least well funded fintech startups on our map.

12 states did not have any fintech startup that met the criteria for inclusion on our map.