From 2014-2016, there were 147 first equity rounds to private companies operating in the cannabis industry.

Funding to cannabis startups surged between 2013-2015, capped off by $225M in equity financing invested over 106 deals in 2015. But 2016 has seen investors pulling back, with year-end financing down from 2015. Nonetheless, the past three years have been a boom time for the burgeoning industry as more states relax laws around cannabis use and sale. Just this year, California, Massachusetts, Nevada, and Maine voters approved the legalization of recreational marijuana while Florida, North Dakota, Ohio, Pennsylvania, and Arkansas voters approved medical marijuana.

Below, we used the CB Insights database to examine how the landscape of cannabis startups in the US has evolved by looking at two periods: 2011-2013 and 2014-2016. Companies are now not only growing and selling cannabis, but building infrastructure to support the industry in the areas of human resources, mobile payments, business intelligence, regulatory compliance, and private equity, among many others.

By 2013, two states, Colorado and Washington, had approved the use of recreational marijuana and 19, including Washington D.C., had approved medical marijuana. Below, we mapped private companies that received their first equity financing round between 2011-2013. In addition to investments in companies located in cannabis-friendly Colorado and Washington, California and New York each saw a first round equity financing to a private cannabis company.

These include rounds to California-based WeCanna, a crowdfunding platform for cannabis startups, and to New York-based Rodawg, which produces custom products such as storage containers and cases tailored for the cannabis industry. While California has had legalized medicinal marijuana since 1998, New York did not approve the measure until 2014. 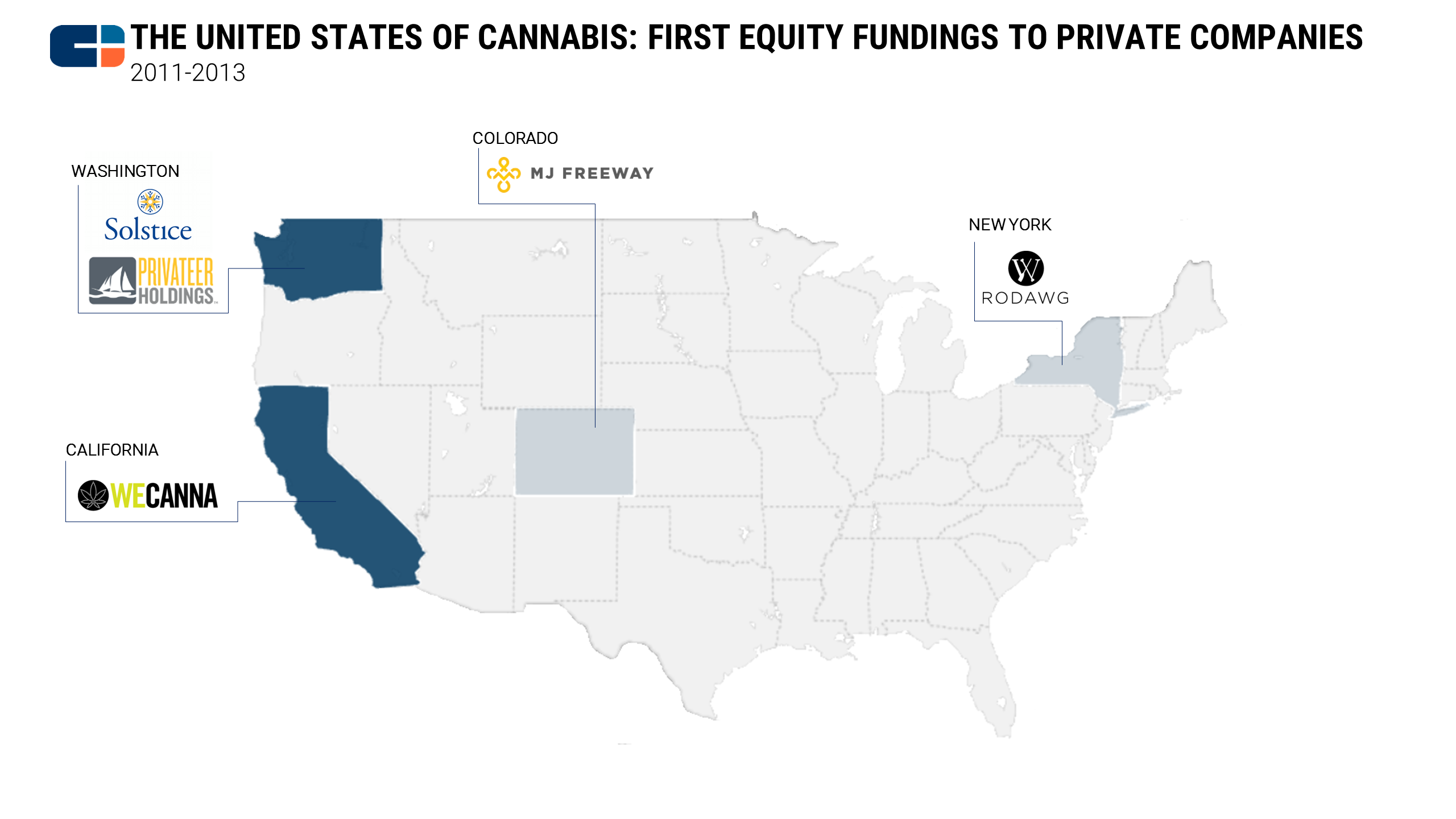 As of 2016, 28 states and the District of Columbia have legalized medical marijuana in some form, and 9 of them have also approved the use, and in some cases sale, of recreational marijuana. This has led to an explosion of funding to the cannabis industry. 2014-2016 saw 147 first equity rounds to private cannabis companies, up nearly 3000% over 2011-2013.

While much of the activity has been concentrated in California, Colorado, and Washington, other states are beginning to plant their flag in the industry. Illinois, Oregon, Florida, Maryland, and New York have all completed at least 5 initial equity deals since 2014. 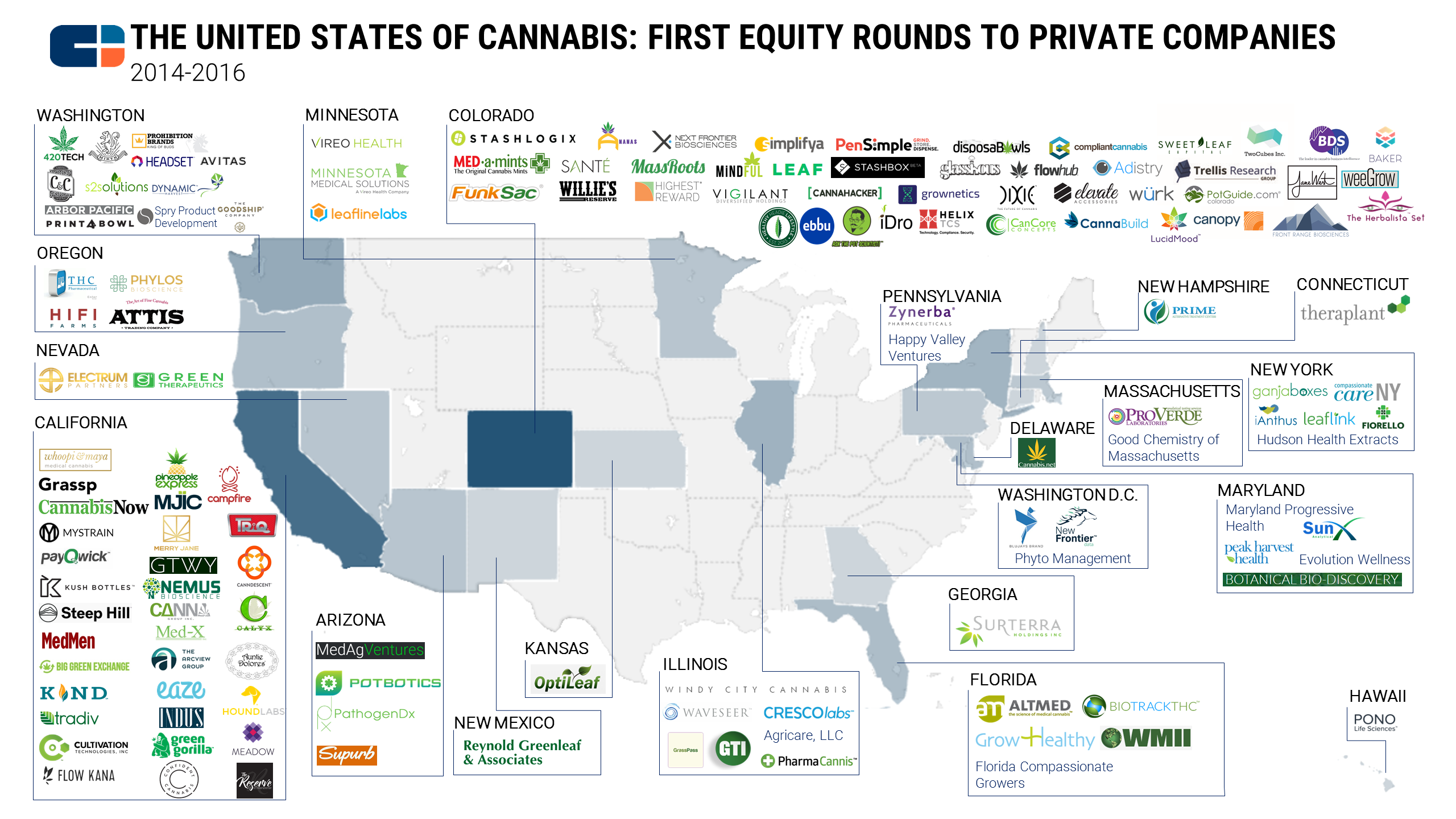