Research Brief
4071
Dropbox has acquired eight more companies in the last six years than the next closest unicorn, Pinterest.

Over the last six years, the unicorn company Dropbox, which was last valued in the private markets at $9.4B, has acquired over 20 other startups. Dropbox is the most active acquirer of startups out of the 185 companies in the global unicorn club as of 02/10/17. Rounding out the top five most active unicorns acquiring startups are: Pinterest, Snapdeal, Airbnb, and Snap Inc.

We only included acquisitions by these five companies after they entered the global unicorn club. Airbnb, which became a unicorn in 2011, is the oldest unicorn among the five most active acquirers in the chart below while Snapdeal is the youngest unicorn. 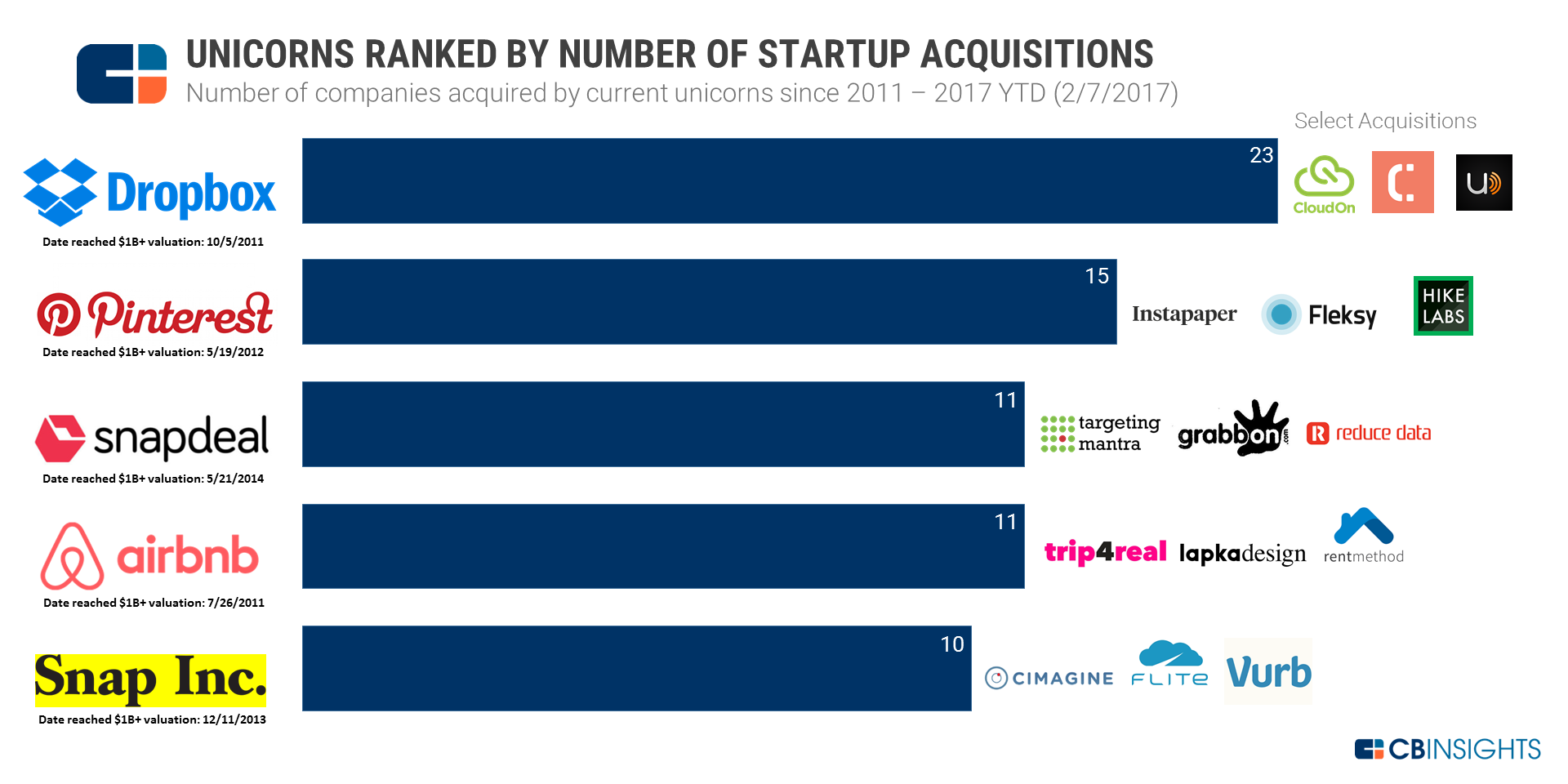 Want more data on unicorn startups? Log in to CB Insights or sign up for free below.