Research Brief
Asia saw 9 companies entering the unicorn club of companies valued at $1B or more, including Tujia and Panshi.

There are now 123 private company unicorns around the world, according to our real-time unicorn tracker. These $1B+ companies are collectively valued at $470B. Twenty-four of those companies reached their $1B+ valuation in Q2’15, one of the largest single-quarter increases in unicorns to date. 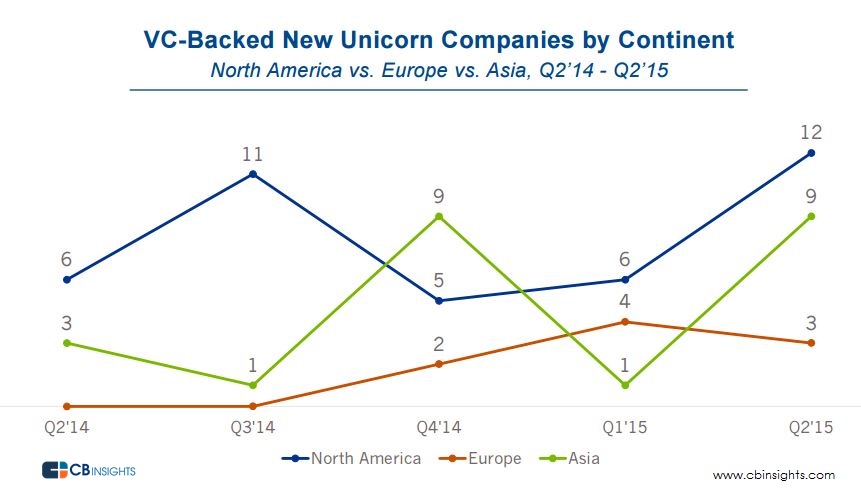