Would you have seen these websites from Uber, Airbnb, and others and predicted they would one day be billion-dollar companies?

We took a look at our real-time unicorn company tracker and found the early websites of some of the most valuable private companies before they became the juggernauts that people are talking about today.

As you look at these websites, think about whether you’d have predicted they’d be worth $1B, $10B, or $40B today. 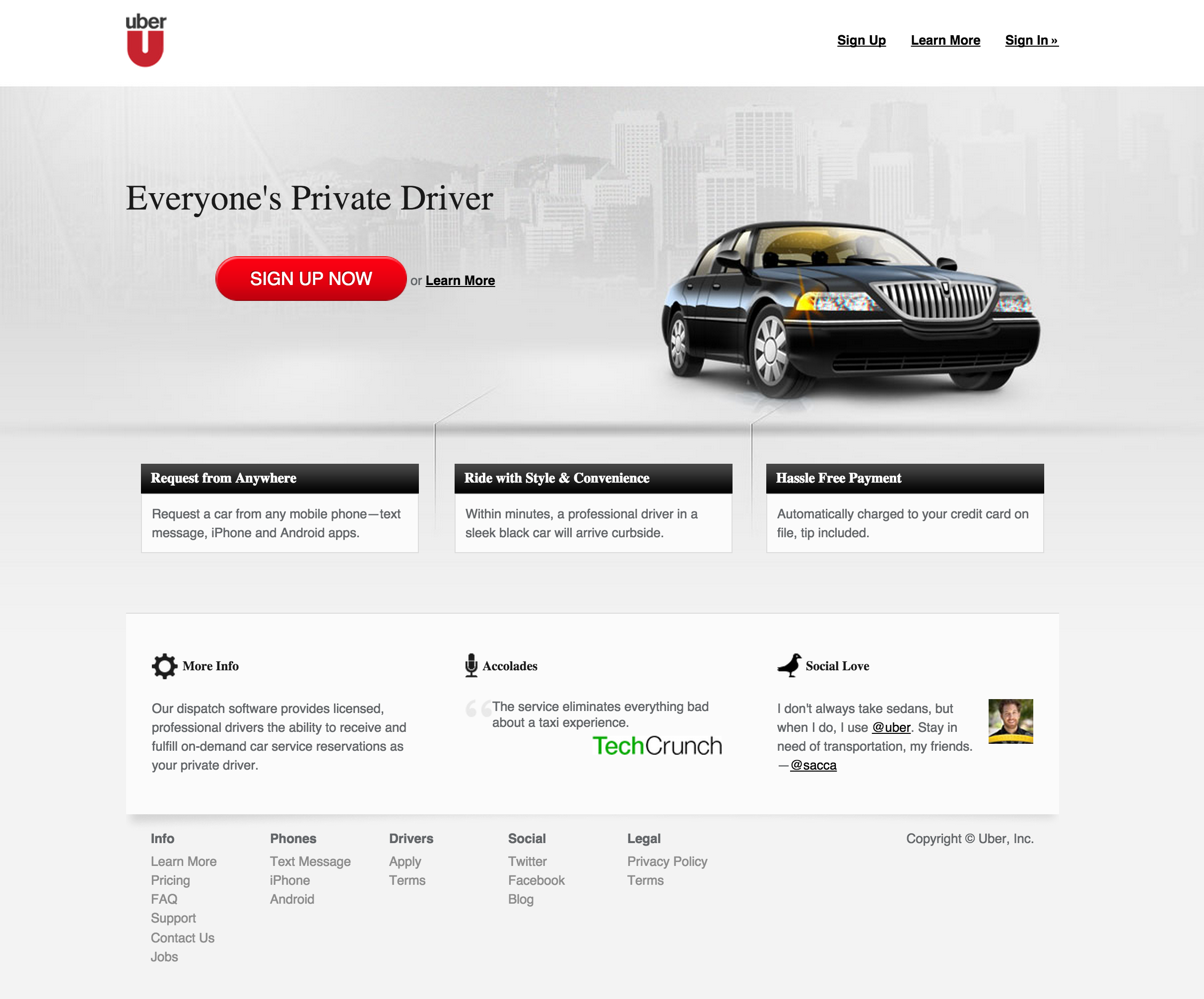 Check out venture capitalist Chris Sacca channeling the Dos Equis man in the most interesting testimonial for Uber in the world (bottom right of the website). 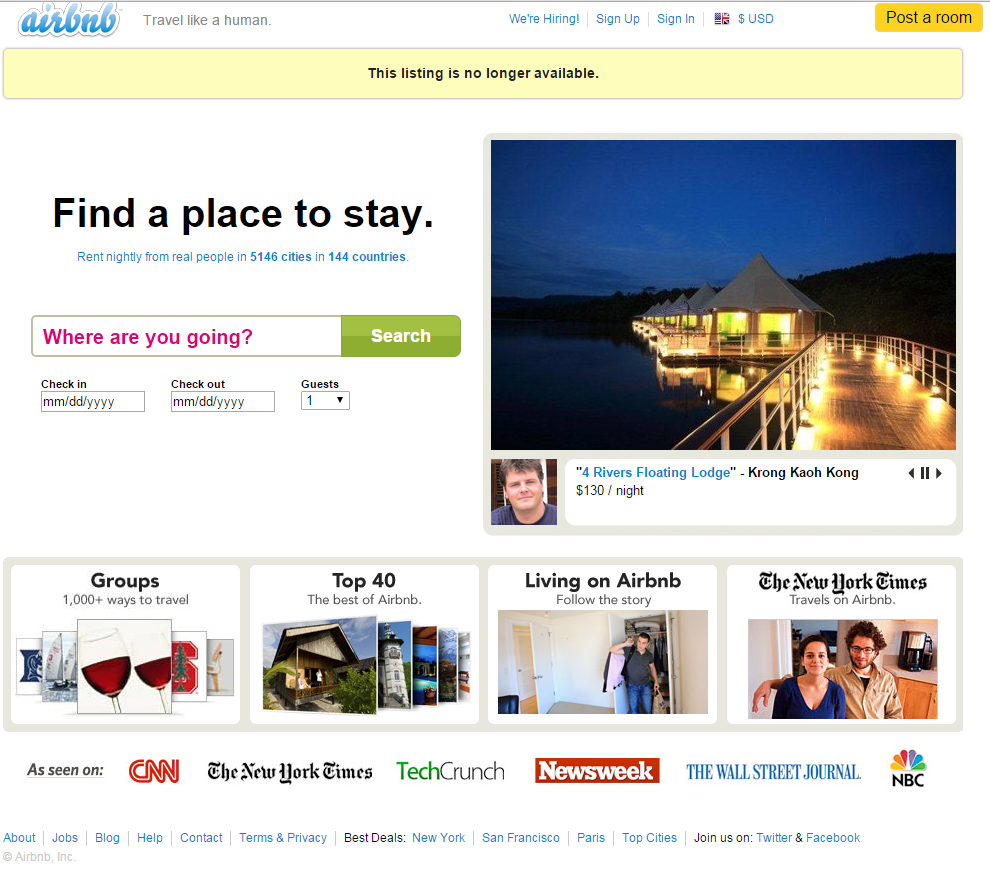 In a 2009 interview, Airbnb co-founder and chief product officer Joe Gebbia said “The story that we tell has a very human element to it — people connecting online, meeting in person, being resourceful.” Hence, the company’s original slogan: “Travel like a human.” 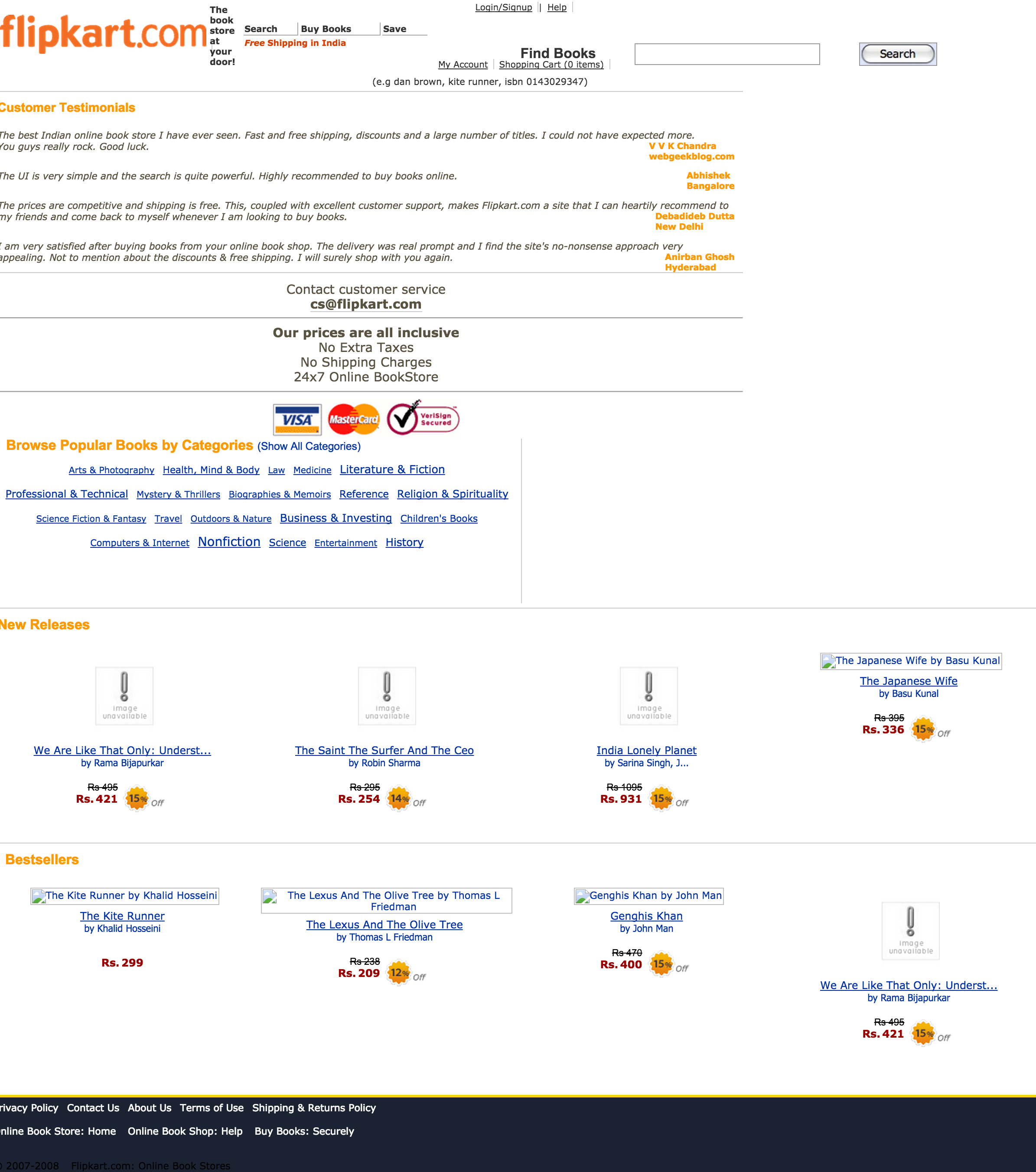 The Indian e-commerce company, touted as India’s Amazon, followed Bezos and company by starting with books as well. 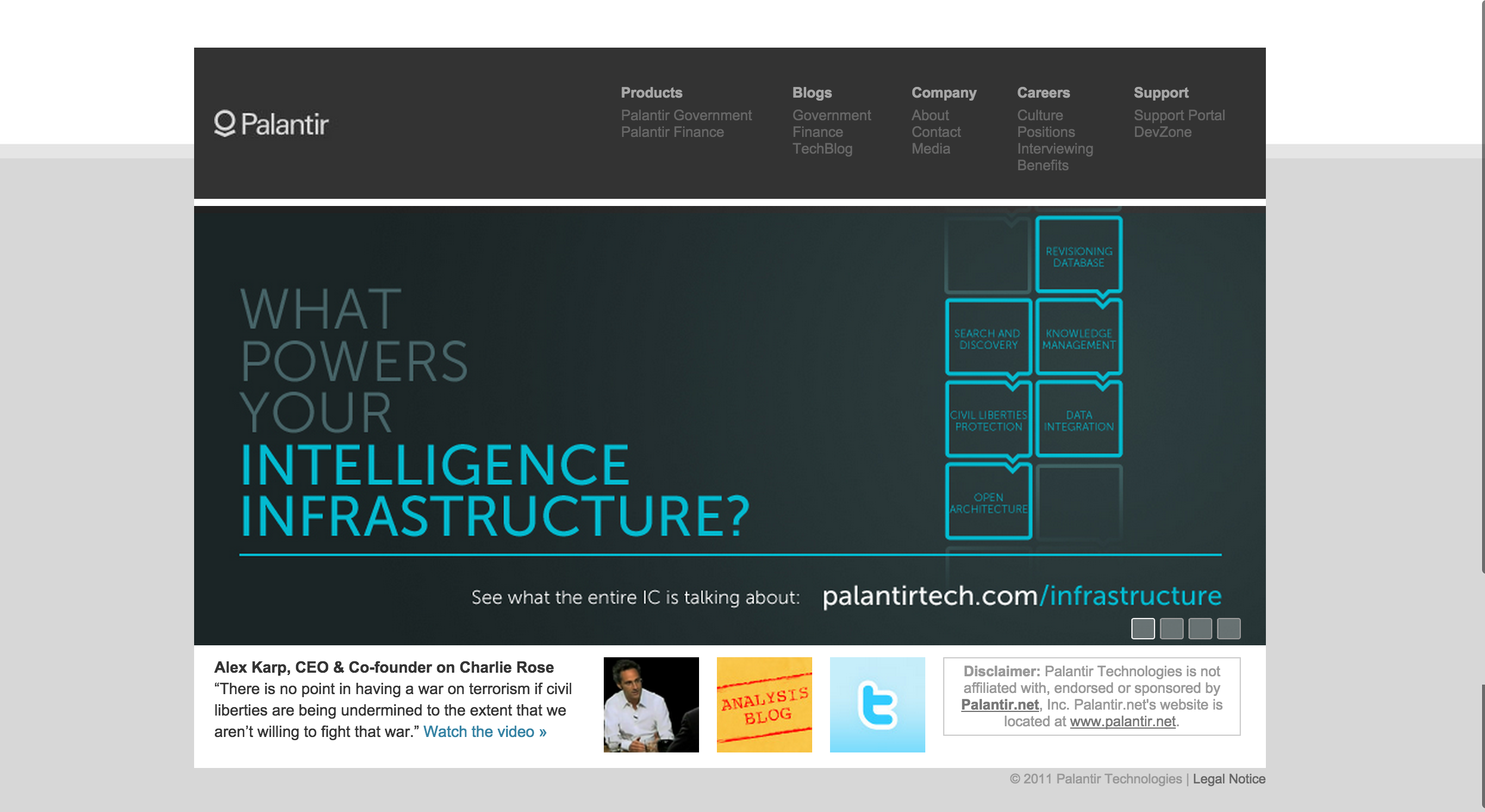 Even in 2011, a look at Palantir’s website revealed very little about what the company actually does. 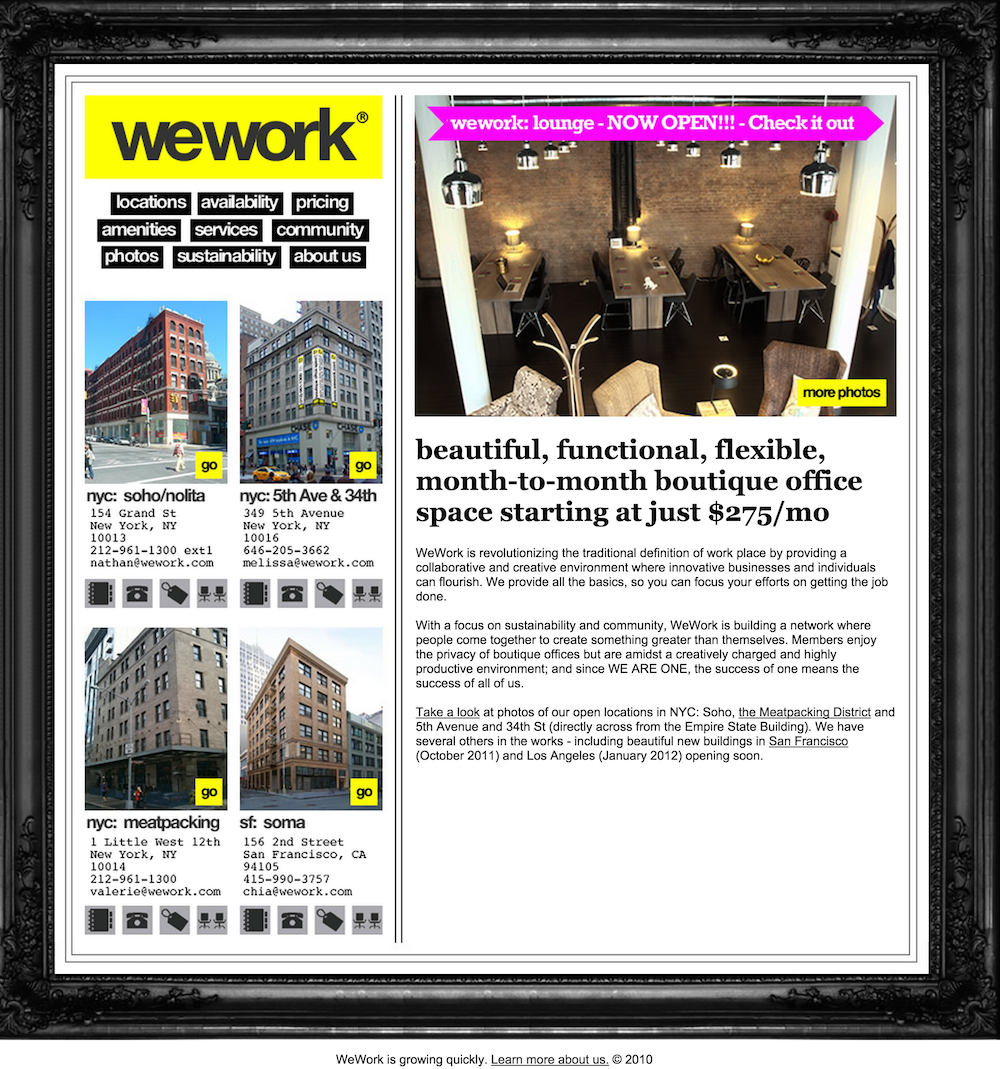 This co-working space juggernaut has since expanded its options, offering private offices, dedicated desks, and even the option to build out a custom space. 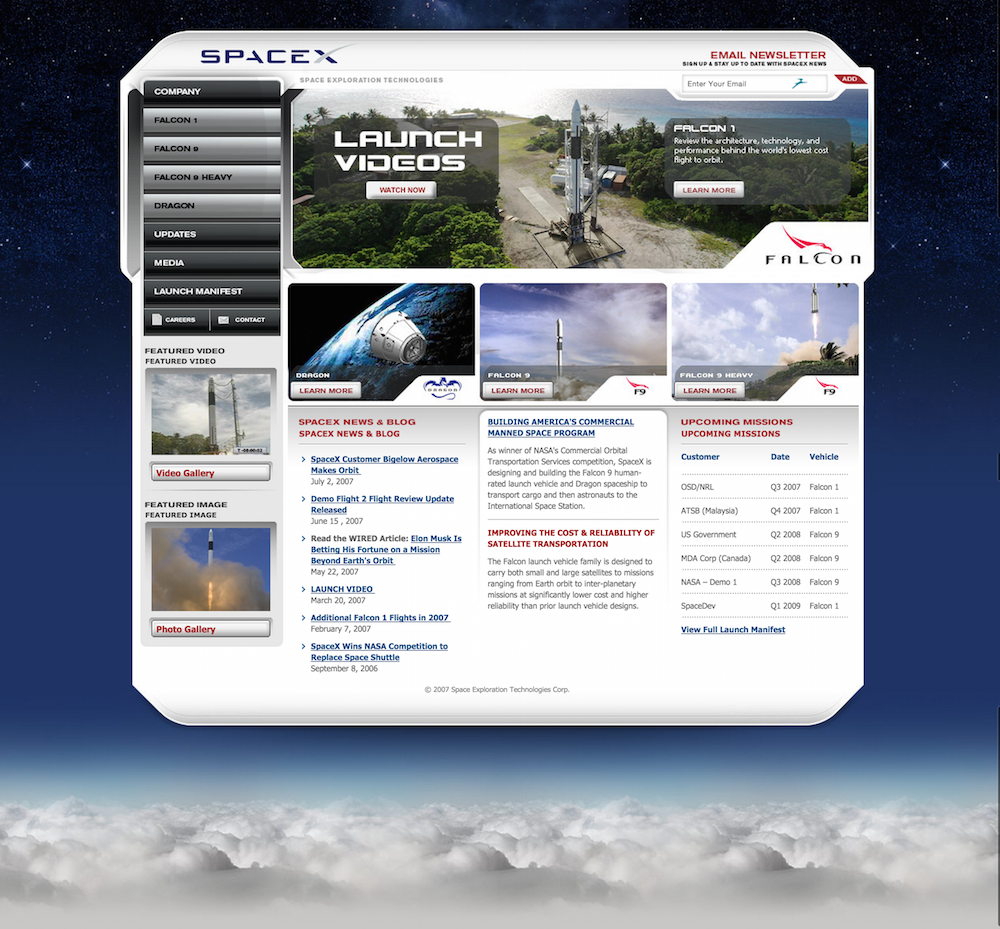 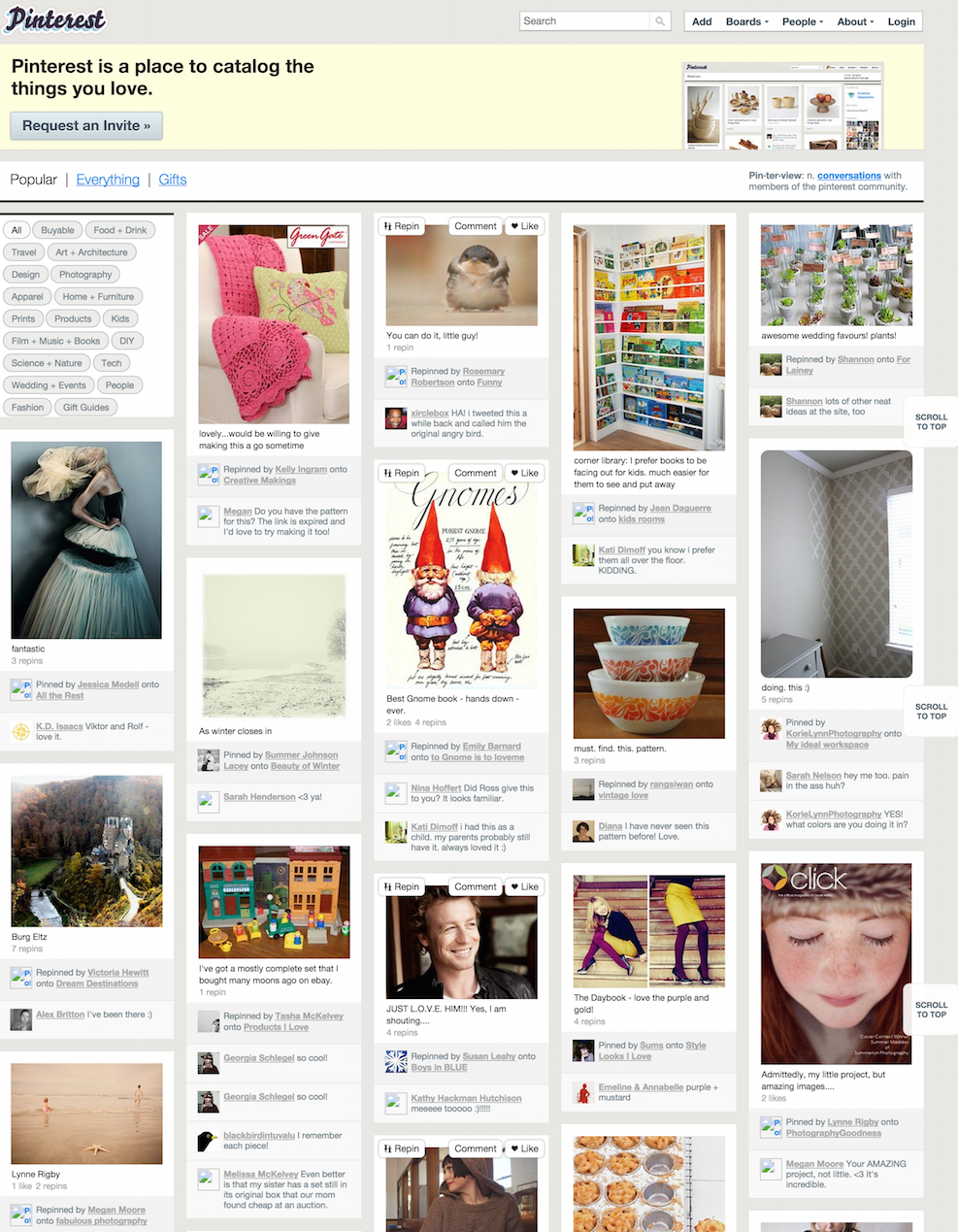 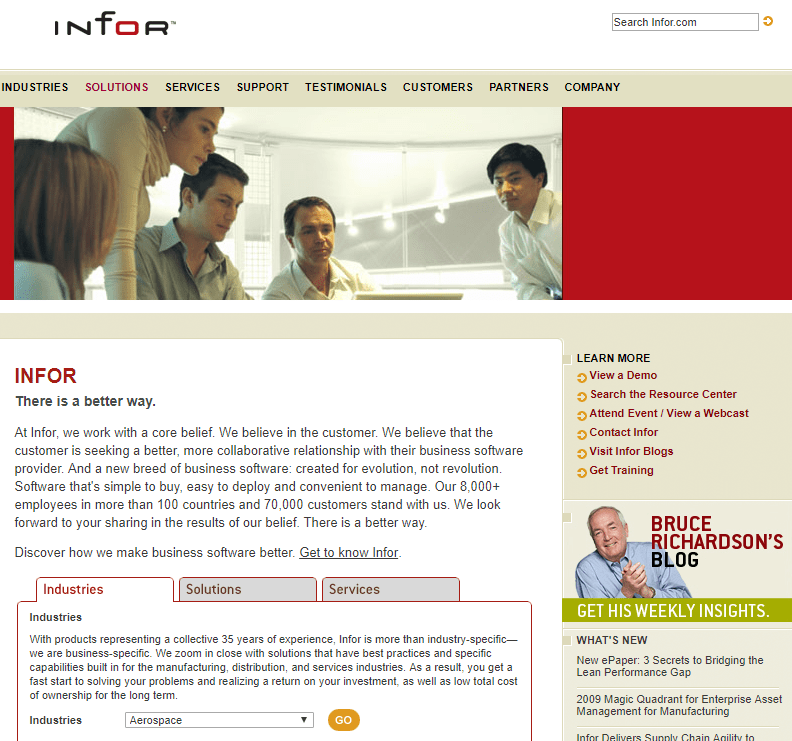 This CRM software unicorn was founded in 2002 under the name Agilsys, and began with just 1,300 customers.

Looks like payment platform Stripe’s founders went for a minimalist feel for its first iteration of the website. 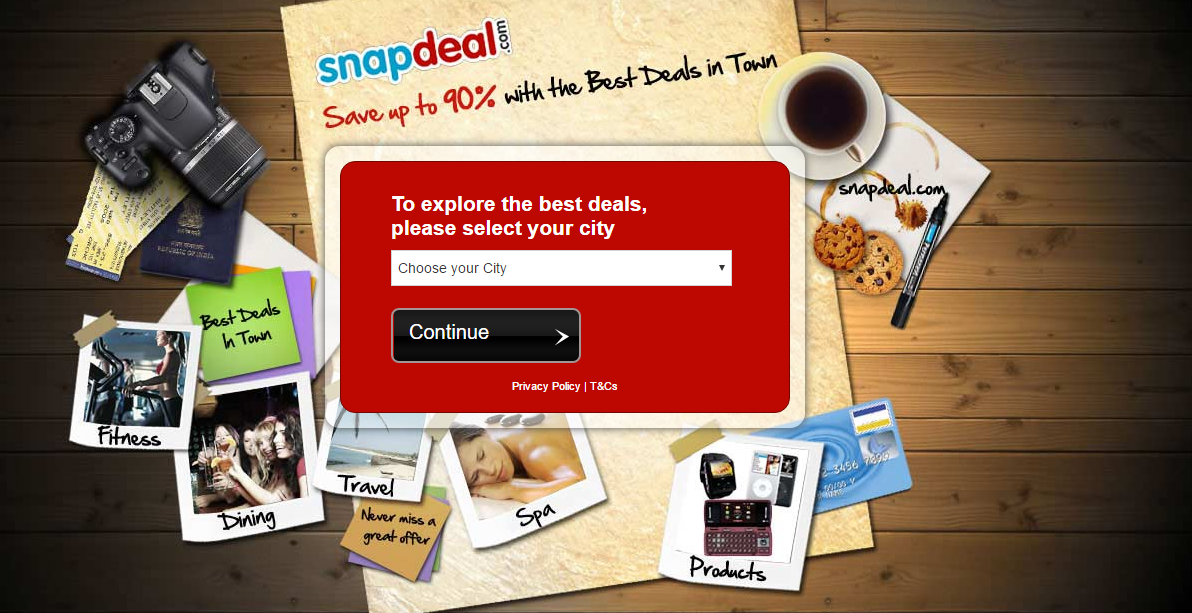 Snapdeal is one of India’s hottest e-commerce sites, but back in 2011 it seemed to be be focused on providing the “best deals in town.” Since then, the company has diversified its offerings and improved its homepage. 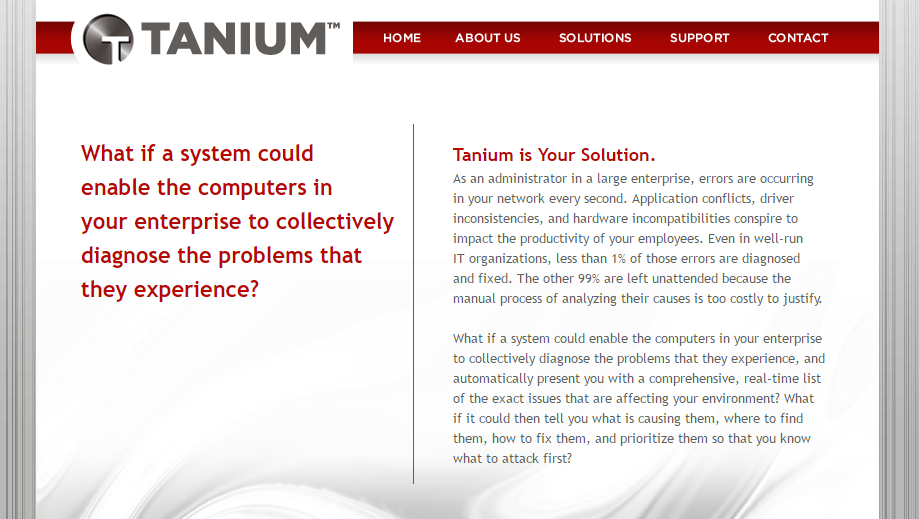 Since 2014, Magic Leap’s website has become more dynamic. “Magic in the Making” is the latest slogan to appear on the page. 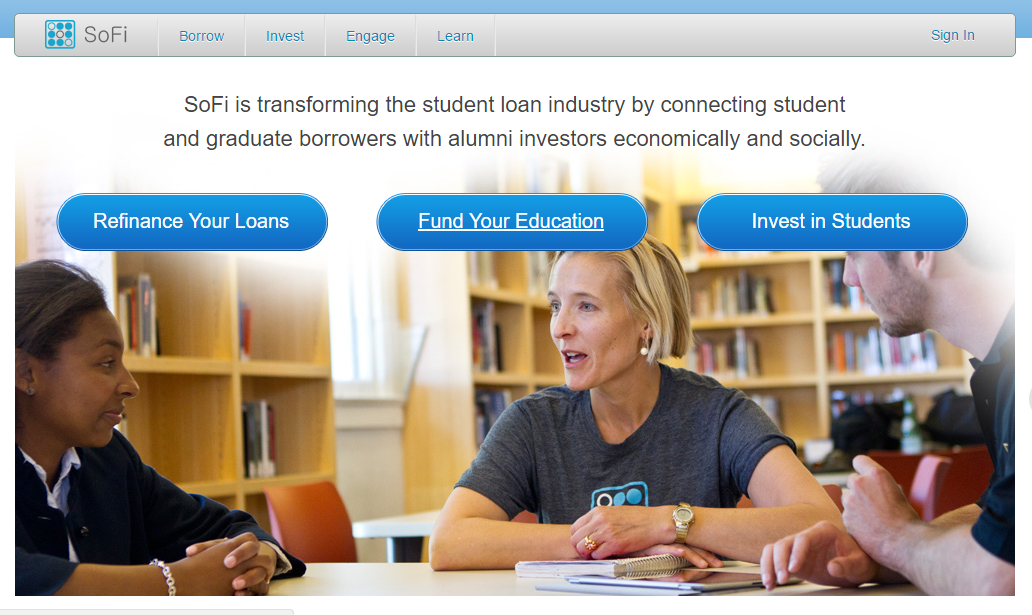 SoFi distinguished itself with a simple goal: tackling the complicated issue of sky-high student loans. Its early website was pretty simple too.

When Instacart was founded in 2012, there were already other apps trying to push the disruption of grocery delivery forward. The company, which focused on local stores and fast delivery times, now has over $1B in total disclosed funding. 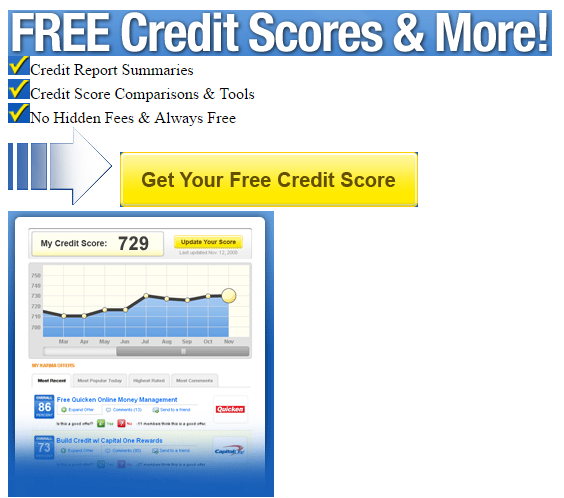 Although the company website has changed, its mission to provide free credit scores has not.

Whether you love home design or don’t know a Noguchi coffee table from an Ikea Hemnes dresser, Houzz wants to help you beautify your surroundings. But first, Houzz needed to beautify its 2010 homepage. 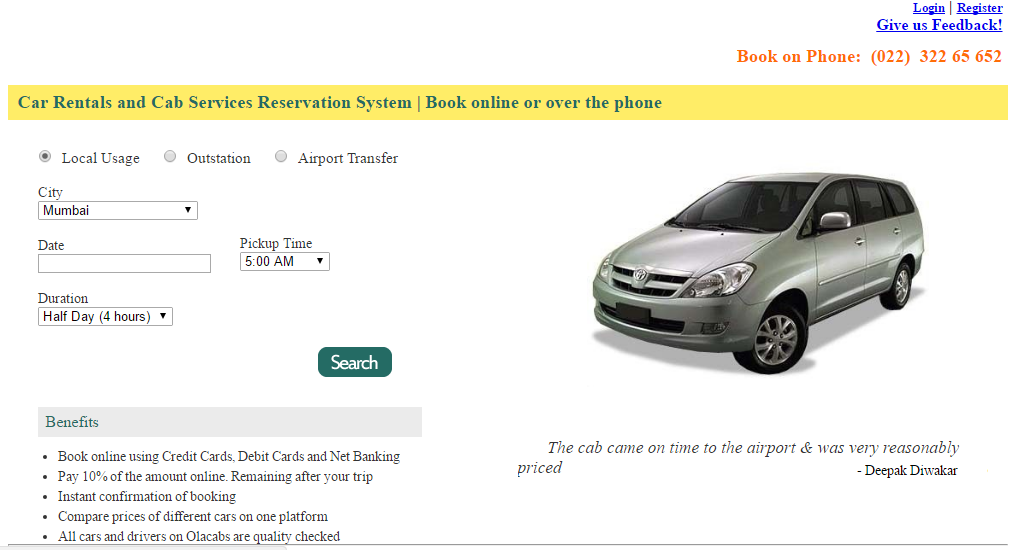 India-based Olacabs has come a long way. Back in 2011, its homepage looked more like a run-of-the-mill car rental site.

This socially driven e-commerce site and app is currently valued at $3B and sported a pretty basic homepage in 2013. It’s since gotten a facelift, but the product still works essentially the same way: Users see a feed of products — buying the ones they like, saving others for later, and ignoring the rest.

Payment solutions are everywhere today, but none of them have an out-of-this-world homepage like Mozido’s in 2013.

This embattled insurance unicorn may have seen some bad PR recently, but in 2013, things were looking up and the company boasted this pared-down homepage.

SurveyMonkey’s homepage from 2005 shows users how easy it is to make a great-looking survey. Today, the company claims its “more than survey software.”

With a robust valuation and a $105M Series F in 2016, enterprise company-collaboration platform Sprinklr has come a long way from its orange and blue roots. 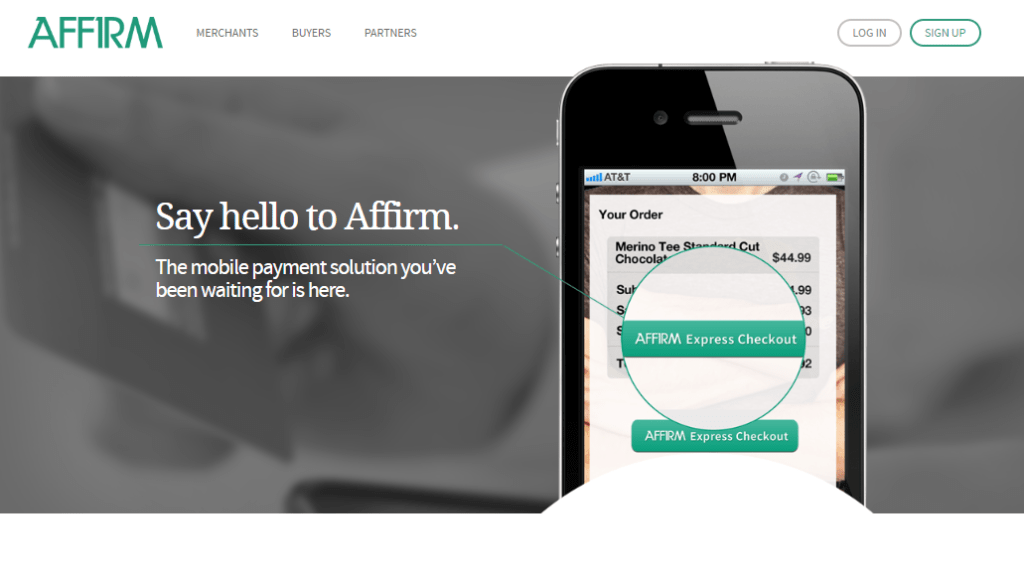 Affirm’s CEO and PayPal mafia member Max Levchin wanted to create a lender that made money without ripping off the consumer, and raised a $200M round at a $1.8B valuation in December 2017 to provide loans to customers with limited access to credit. 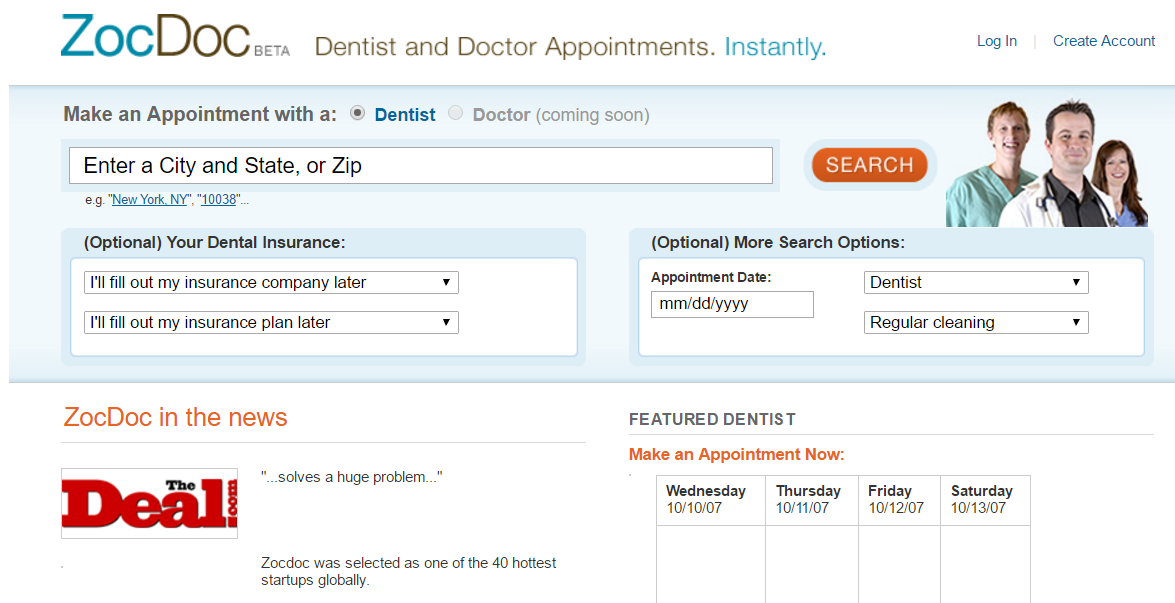 Finding a good doctor can be a struggle. Zocdoc has racked up a $1.8B valuation helping consumers do just that since sporting this homepage back in 2007. 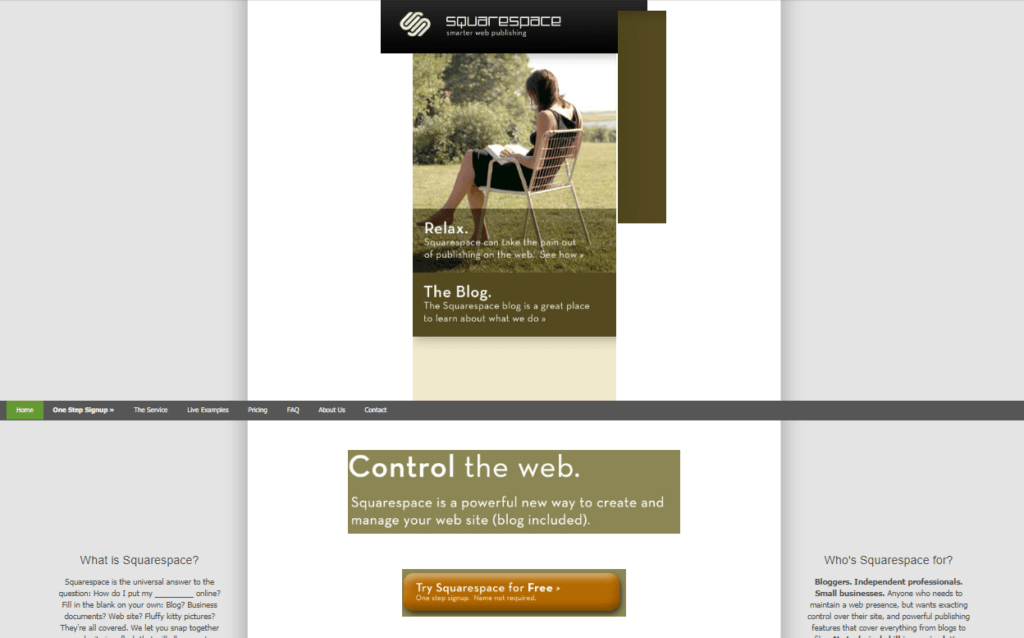 Squarespace’s whole business model is web design … luckily the company’s website now is a far cry from the grey & green theme of 2005.

With a homepage like this in 2006 (six years before its Series A), Inside Sales’ early reps likely had their work cut out for them. 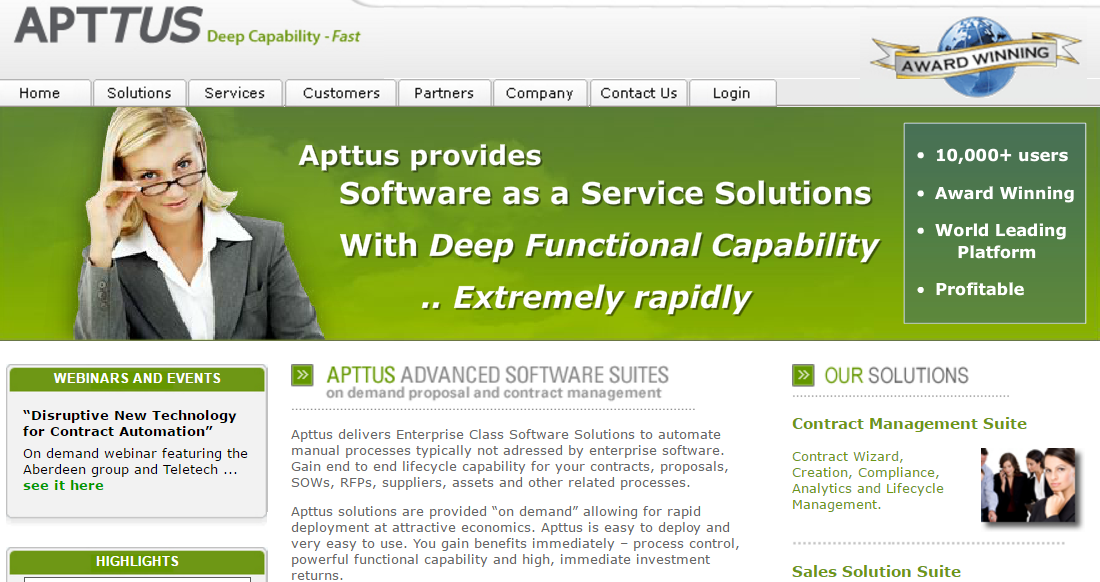 Apttus bills itself as “the Leader in Quote-to-Cash,” but its 2008 homepage had some serious catching up to do. 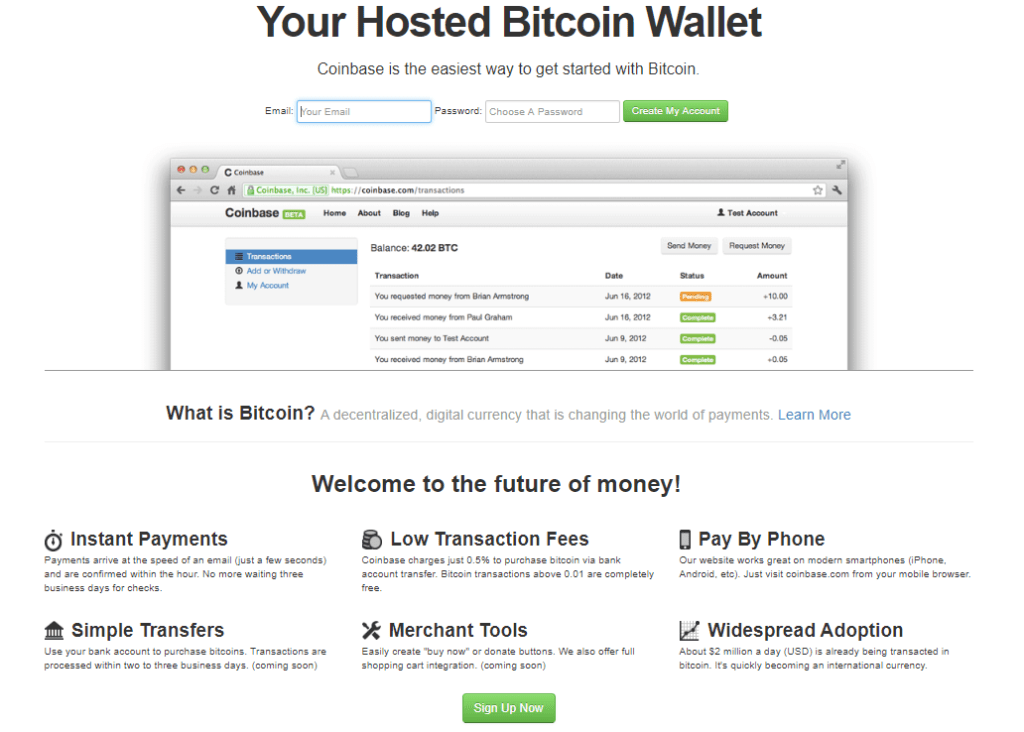 Coinbase, a cryptocurrency wallet and exchange, had this website back when the price of bitcoin was around $13. These days, bitcoin is above $7,000, and the Coinbase website no longer boasts a screenshot of a Safari webpage. 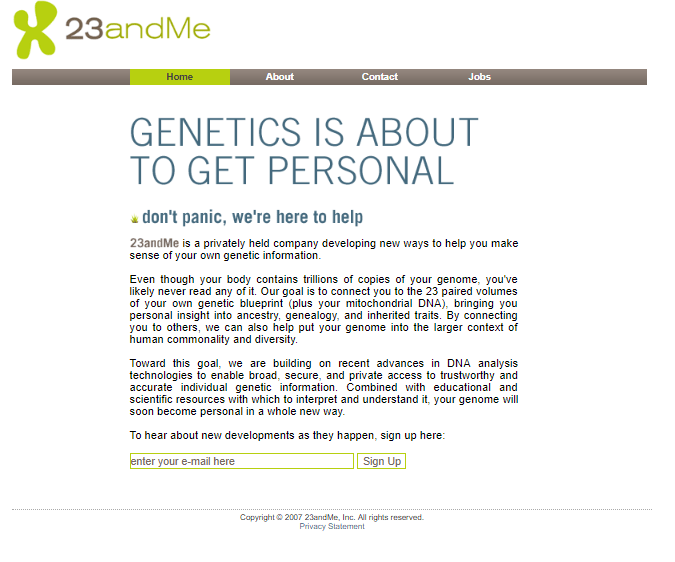 23andMe’s DNA-testing kit allows apparently panicked users to learn more about their ancestry and inherited traits. The company raised $250M in a Series F round in 2017.

BuzzFeed has since expanded its content offerings, from its dedicated news division to Tasty — the company’s video segment on food and recipes. 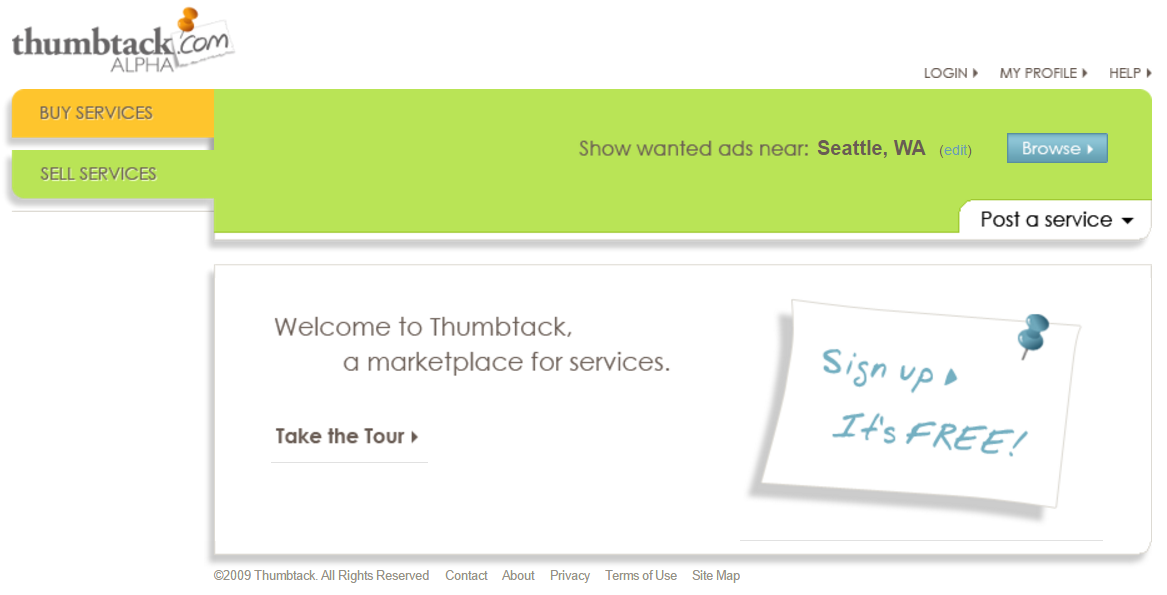 Thumbtack helps consumers find and compare prices on local services. Its 2009 website offered a pretty no-frills introduction to the company. 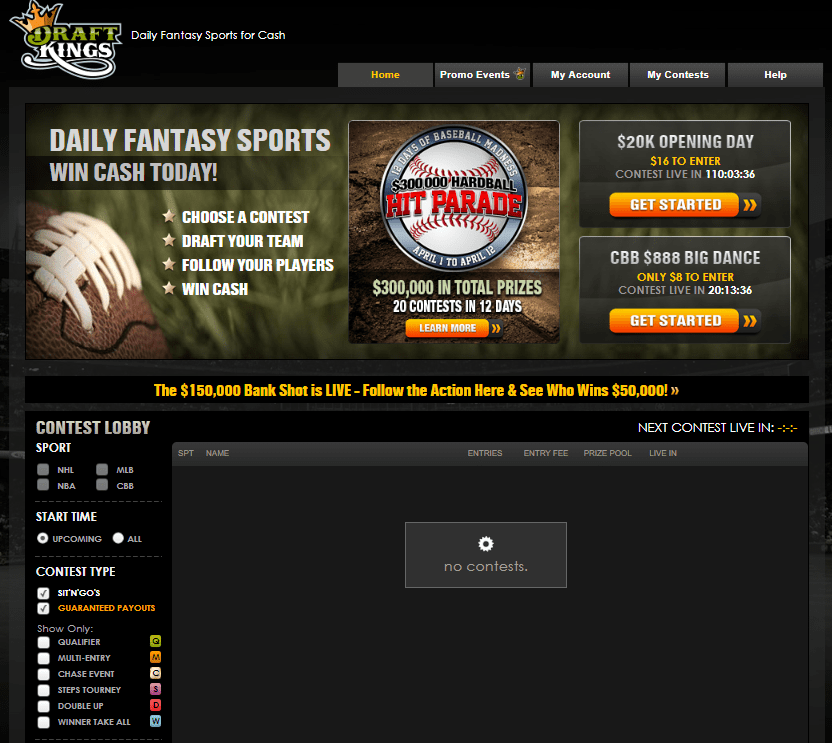 DraftKings is an online gambling platform for fantasy sports. The company’s current website has expanded beyond the 4 listed sports to include soccer, esports, the WNBA, and more.

Mu Sigma’s 2006 homepage boasts some interesting design, punctuation, and capitalization choices, but the company still managed to grow to a $1B valuation.

All images from the awesome Wayback Machine. And if you want to see the world’s worst startup logo…

Check out our Unicorn Tracker to track these $1B+ companies in real-time.