The number of new US-based unicorns in Q1'20 hit a 2-year low, while aggregate valuations fell. Is this the beginning of the end for the unicorn?

Across the US, unicorn births are on the decline.

The number of new unicorns peaked in Q4’18, with 23 unicorn births in the quarter. Since then, the number has trended downwards.

Some of these new billion-dollar companies include:

Interestingly, the aggregate valuation of unicorns also fell, even though 12 new unicorns were created in the quarter and the total number of US-based unicorns hit a record high of 204. 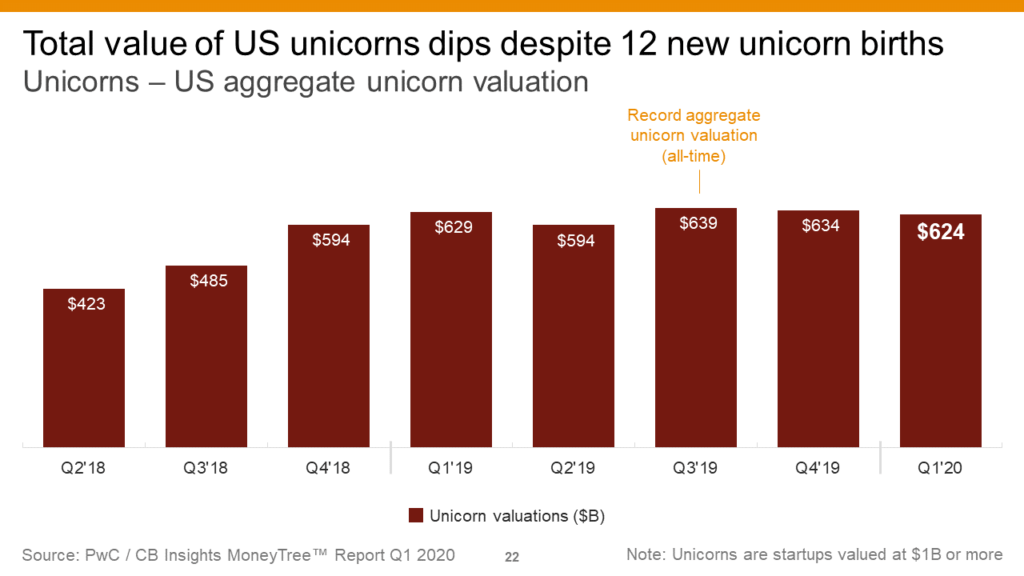 This trend may continue into Q2’20 as investors become increasingly risk-averse due to the coronavirus pandemic, minting even fewer unicorns.