Things are so absurdly crazy in the private markets that we set up a real-time unicorn company tracker.

DJI Innovations, a manufacturer and developer of drone technology, recently raised $75M at an $8B valuation from Accel Partners, making it one of the top 15 most valuable unicorn companies. Zenefits also had a significant valuation increase, jumping from a $500M valuation in their previous round of funding to $4.5B in their current round. So far, 29 companies have now become unicorns in 2015 (as of 5/20/2015), which puts 2015 on track to have 76 unicorns by the end of the year (double the amount of the previous year which was a record in its own right).  Although given the current acceleration in unicorn valuations, we may far exceed that. 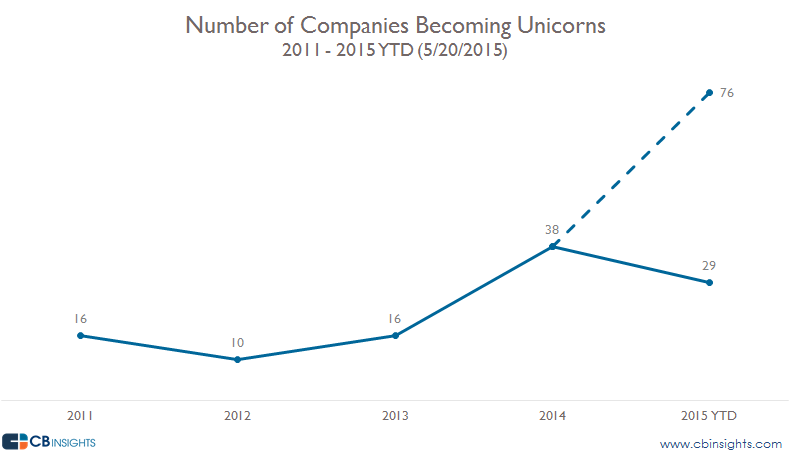 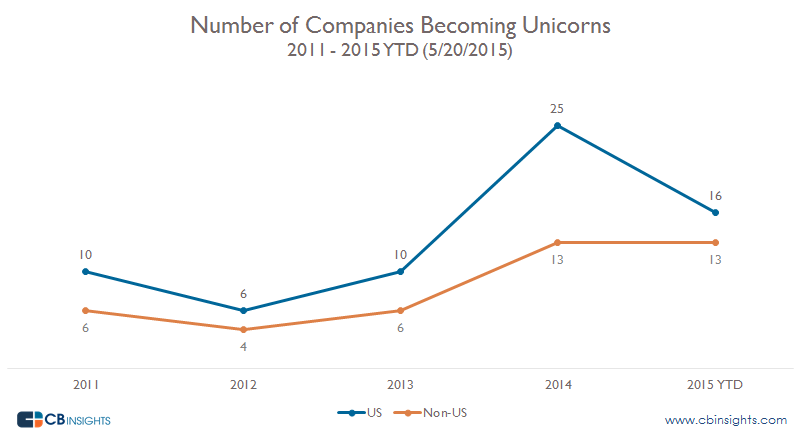 Below is a full list of companies that raised at a billion dollar valuation in 2015 YTD (5/20/2015). There are now a total of 108 unicorns world wide, with a cumulative valuation of more than $381B. For a real time list of unicorns, check out our unicorn company page.

Want more data on unicorns? Check out our venture capital database below.