Research Brief
2164
In May, the top 20 market capitalizations of global public Internet companies, including the likes of Facebook and Google, totaled $2.5 trillion. Today, there are 7 private tech unicorns that would rank among them.

In May, Kleiner Perkins’ Internet Trends Report highlighted the top 20 market capitalizations of global public Internet companies, including the likes of Facebook, Google, and Netflix, which at the time totaled $2.5 trillion in aggregate. Here’s the original chart by Kleiner Perkins: 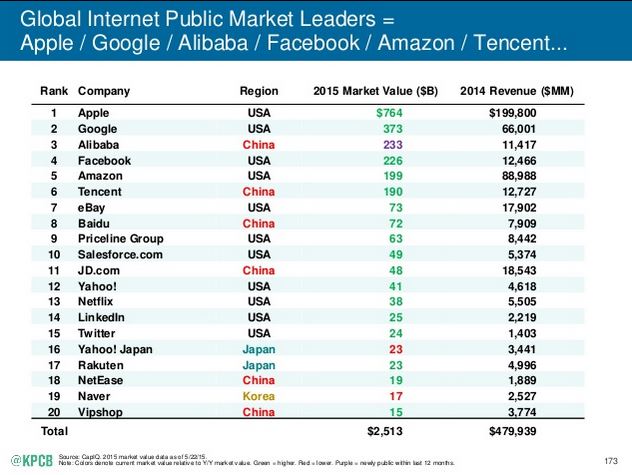 As of 10/9/2015, the aggregate valuation of those same public companies has dropped markedly to $1.76 trillion as eBay split from PayPal and Chinese e-commerce giants including Alibaba and Baidu have seen their stock prices plummet.

Over the same period, private valuations continue to climb for the expanding crop of billion-dollar “unicorn” companies. Using CB Insights valuation data, we looked at how top VC-backed unicorn startups with disclosed valuations would fit in Kleiner’s original May chart.

Notably, there are 7 VC-backed private Internet companies that currently have private valuations that would place them alongside the Internet giants back in May. That includes the combined $15B entity of China-based Meituan and Dianping, if the merger completes.

Naver and Vipshop have been pushed off the top 10 in the combined list. 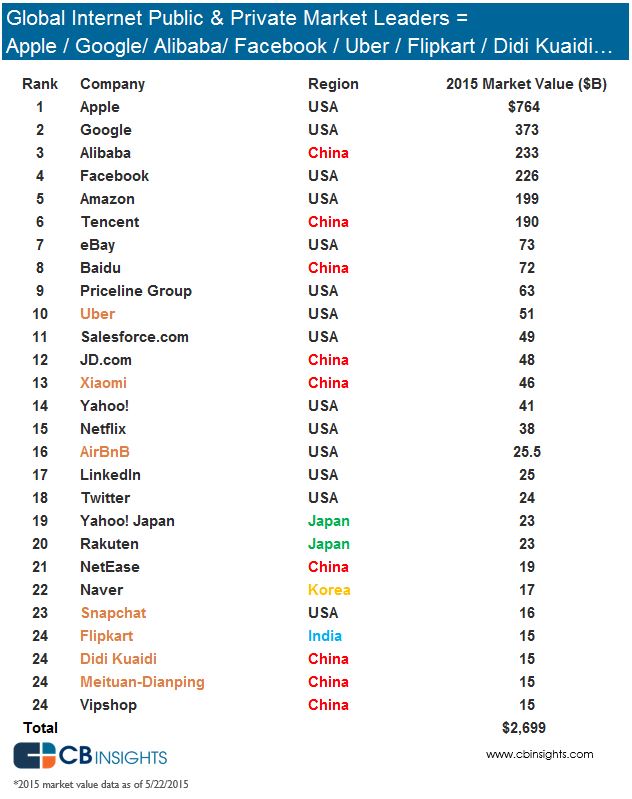