In our 2015 Global Venture Capital report, we found that worldwide venture capital investments surpassed $128B in 2015 — an increase of over 44% from the previous year — and 72 VC-backed companies achieved unicorn status.

In comparison, 2014 saw only 53 companies joining the club of private companies valued at over $1B.

But the number of unicorns dropped steeply — to 12 in Q4’15— from 24 in the previous quarter. The decline in new unicorns was a result of slowing deals and mega-rounds ($100M+ rounds, which were almost cut in half in Q4’15). 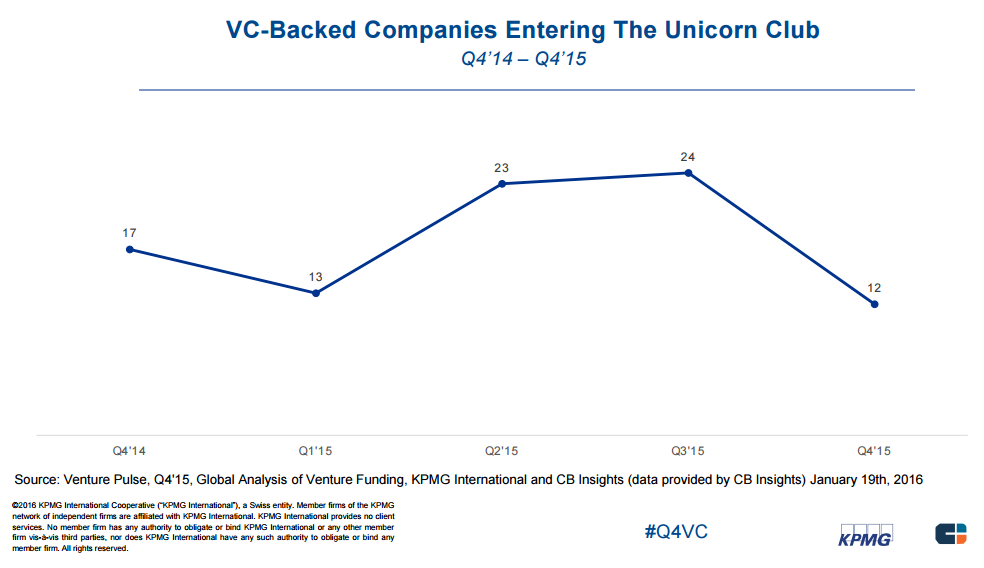 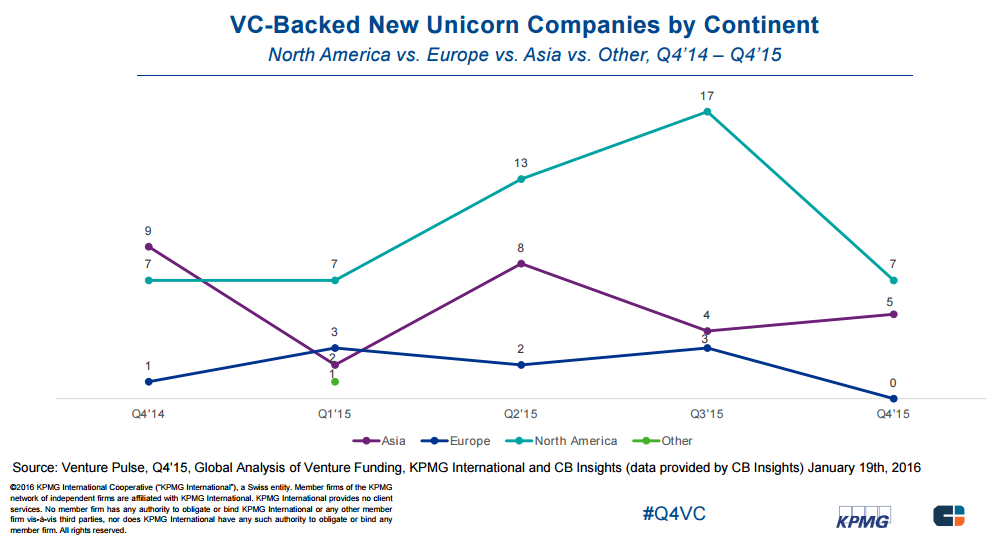 As we reported in our Global Venture Capital report, “After 2 incredibly strong quarters, investors are becoming more cautious with their funding.”

Sign up for our venture capital database below for more information on tech companies.