Research Brief
2213
There were 23 unicorns produced in Q3'15, with North America contributing three-fourths of them.

According to our CB Insights unicorn tracker, there are currently 143 private companies in the increasingly crowded unicorn club. Together, these companies are now valued at $508B in aggregate.

We crunched the data to analyze how quickly startups were joining the elite group of private companies worth $1B or more in Q3’15.

In Q3’15 there were 23 venture-backed companies that joined the billion dollar unicorn club, tying a high set in the previous quarter. That means a new $1B+ company was added to the club every four days in the quarter (Q3’15 had 92 days).

This pace of quarterly growth in unicorns is a significant acceleration over the same quarter a year ago, when only 12 new unicorns joined the club. Some prominent companies to enter the club in Q3’15 include Avant, The Honest Company, and Buzzfeed. 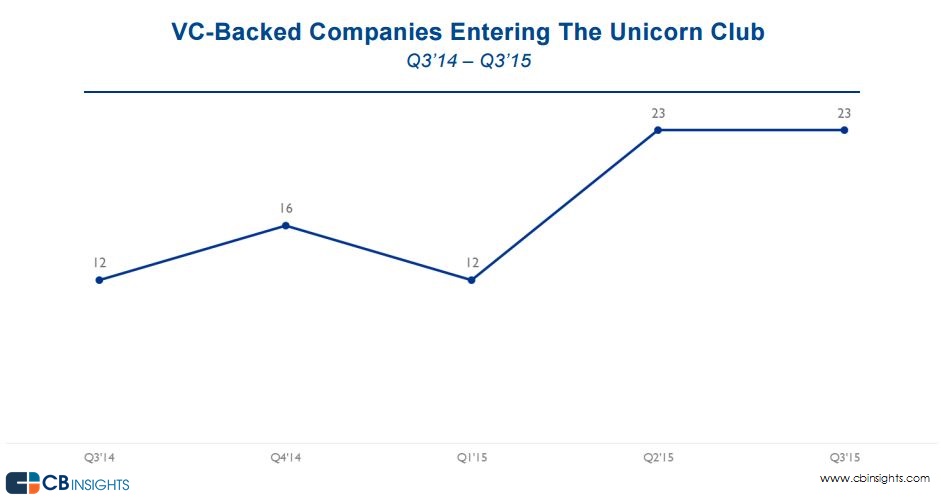 In Q3’15, North America produced the most unicorns, adding 17 of the 23 new companies added to the club.

Asia saw a spike in the previous quarter, Q2’15, adding 9 startups to the billion dollar club, but only added 3 unicorns in Q3’15.

Europe has stayed at a consistent pace, adding two to three unicorns per quarter. It’s worth noting that South America added it first unicorn, Decolar, to the club earlier this year. 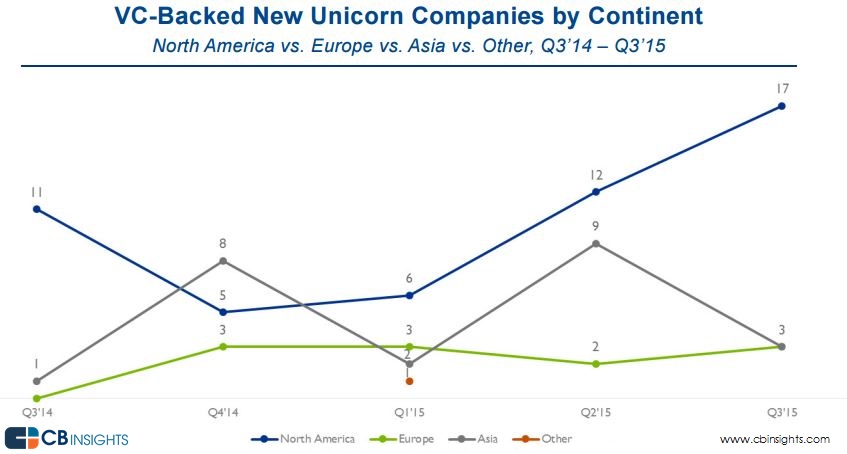 Want more Unicorn data? Login to CB Insights or sign up for free below.