Research Brief
2645
Unicorn birth rate slowed to a trickle in Q1'16 as $100M+ mega-rounds fell out of favor with investors.

Last year saw the deployment of a whopping 221 $100M+ financings to VC-backed companies.

Fueled by this torrent of mega-rounds, a full 78 VC-backed private companies joined the unicorn club of companies with valuations of $1B+ in 2015. However, both mega-rounds and unicorn births fell off a cliff towards the close of the year, and investors have been even more reluctant to jump into these outsize deals as 2016 got underway.

Amid high-profile unicorn company layoffs, mutual fund markdowns and other setbacks, Q1’16 hit a 5-quarter low for new VC-backed unicorns. Just 5 new unicorns were minted, less than half that of any quarter in 2015. 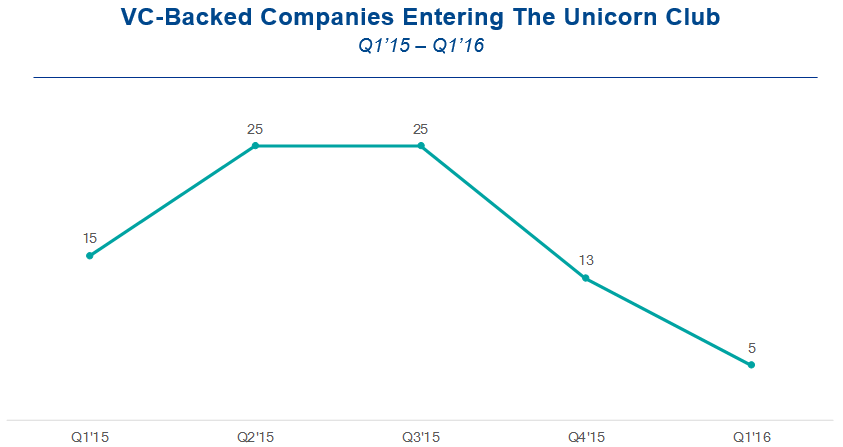 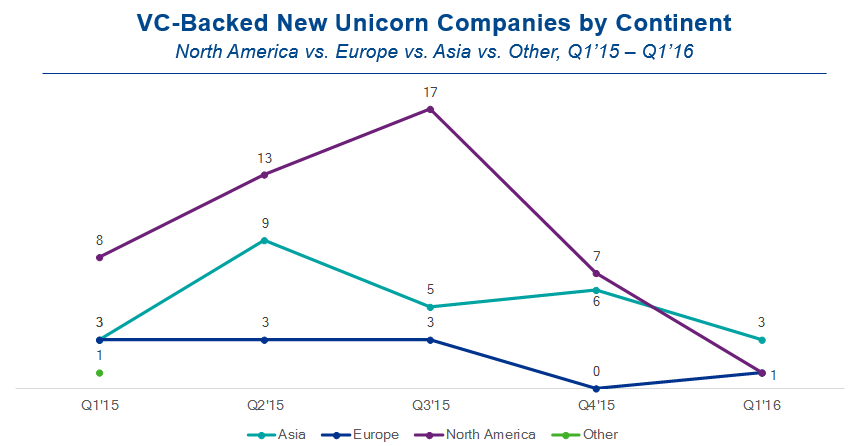 The scramble to find the next unicorn saw investors open their checkbooks for mega-rounds throughout most of 2015.