Research Brief
4218
We ranked investors with the most companies in their portfolios exiting at $1B+, and those that were best at entering at seed and Series A.

There have been 233 exits of private companies globally valued at $1B+ from 2009 through 4/19/2017. We define a “unicorn exit” as a merger, acquisition, or IPO of a company in which the valuation at exit is $1B+, regardless of the prior valuation of the company. All unicorn exits of VC-backed companies are featured on CB Insights’ real-time global Unicorn Exits Tracker.

Note: Our study looks only at companies’ first exits, and considers both VC and non-VC-backed companies.

Sequoia Capital takes the top spot as the most active investor in companies that have exited at $1B+, with 19 companies in its portfolio seeing unicorn exits since 2009, including Snap and LinkedIn. In second place is mutual fund T. Rowe Price with 18 unicorn exits, including pet care e-commerce platform Chewy, which was acquired by PetSmart for $3.35B on 4/18/17. Tied for third place are venture capital firms Kleiner Perkins Caufield & Byers (KPCB) and Accel Partners, both with 16 unicorn exits.

Key takeaways from our analysis: 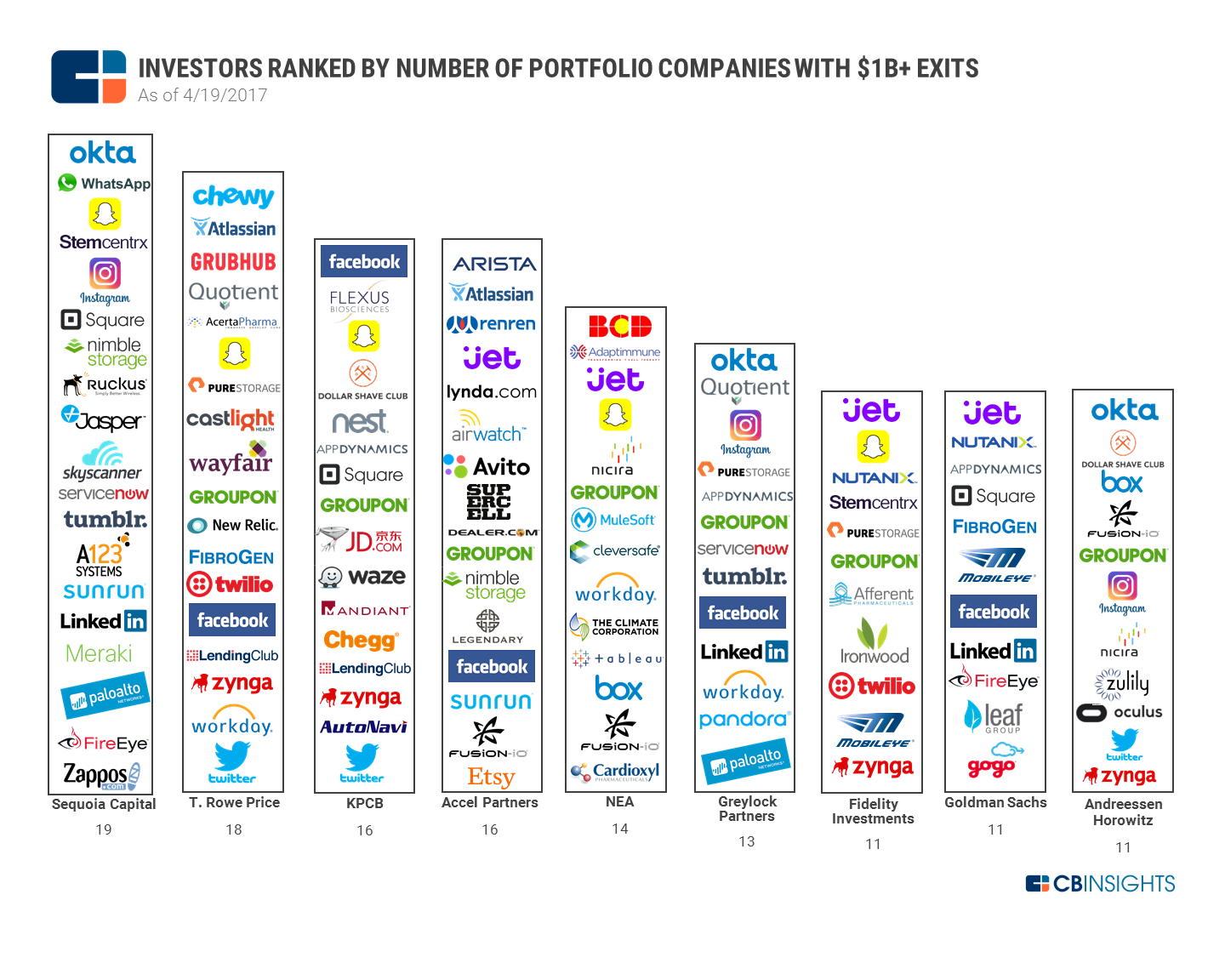 In addition to the above, Lightspeed Venture Partners, Meritech Capital Partners, and DST Global are tied for tenth place, with 10 unicorn exits in the time period.

Astute investors that are able to invest in these unicorn companies in early funding rounds stand to gain more from their exits, so we evaluated which firms were able to invest at the seed and Series A rounds in companies that went on to $1B+ exits.

Sequoia Capital also claimed the top spot as the most active early-stage investor with early investments in 9 companies that went on to unicorn exits, including LinkedIn, Palo Alto Networks, and WhatsApp. 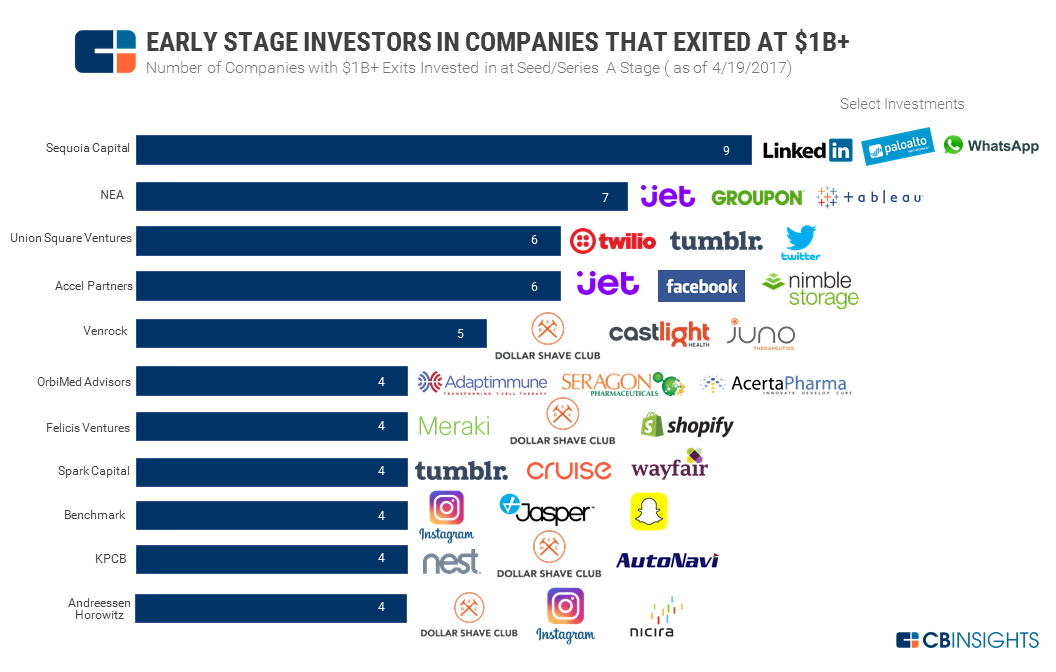