Seven unicorns experienced a down-round last year in which their valuations were lowered in down rounds or down exits.

Collectively, 2016’s unicorn cohort is worth approximately $69B. Combined, these companies have raised nearly $17B. Despite new additions to the unicorn club in 2016, overall funding activity for still-private companies presently valued at $1B+ was down through the end of last year, compared to 2015. Thirteen unicorns left the club last year after an M&A or IPO.

For information on those companies and others check out CB Insights Downround Tracker.

Q2’16 saw a spike in funding to unicorn companies, largely caused by Uber’s $3.5B Private Equity round from the Public Investment Fund of Saudi Arabia. Notably, Uber also received $1B in a deal with Didi Chuxing in August.

In Q4’16, the data-center company Global Switch obtained nearly $3B from investors that included Ping An Insurance, among other Chinese investors. Also in Q4’16, the business applications company Infor garnered $2.5B from Koch Industries. The rounds for Global Switch and Infor are the second- and fourth-largest investment rounds to a unicorn company since 2009, respectively. Both companies became unicorns in 2016. 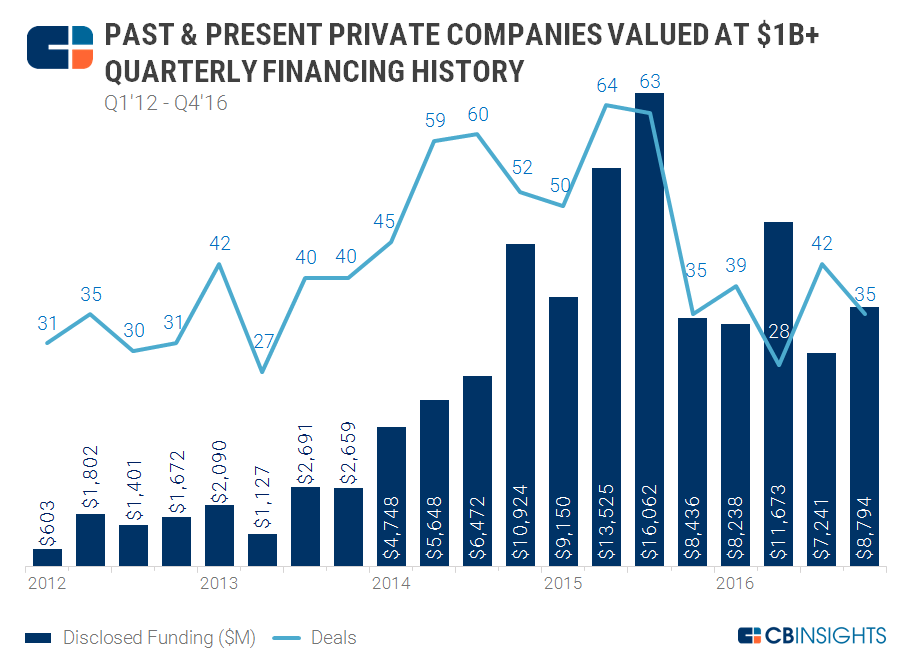 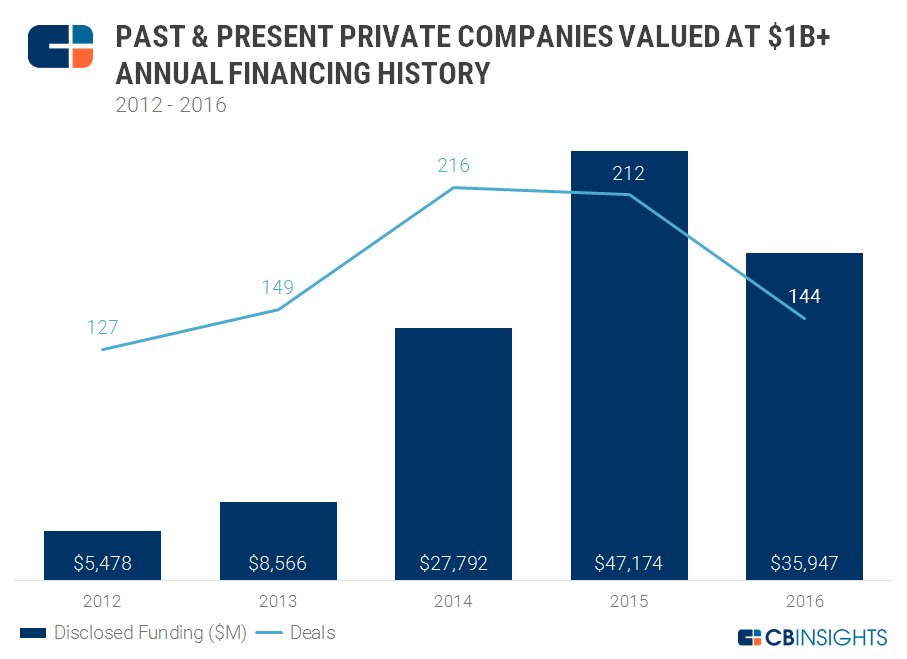 Who’s out and who’s down?

Home24 loses membership to the club

Want more data on unicorns? Login to CB Insights or sign up for free below.