Research Brief
2060
The combined value of all unicorn companies globally is $469B. We compare their aggregate value to those of publicly traded Nasdaq 100 companies.

As of August 12, 2015 there were 123 private company unicorns valued at $469.1B in aggregate, according to our real-time unicorn tracker.

This collection of companies is now worth more than public market tech titans such as Google, Microsoft, Amazon, Facebook, and many more. In fact, of the Nasdaq 100 companies, only Apple has a higher market cap than the collective value of all privately-held unicorns. 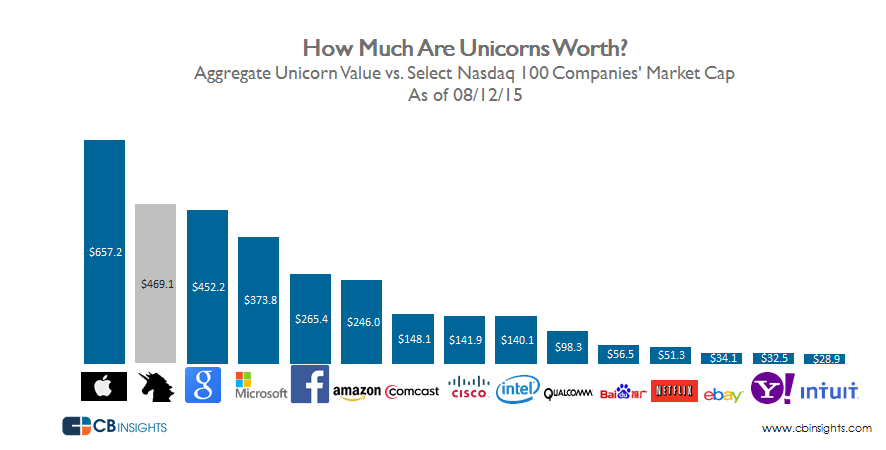 The chart below shows the relative value of these unicorns compared to that of some notable Nasdaq companies as of market close August 12, 2015. For example, the unicorns are worth 16.25 Intuits, 14.45 Yahoos, roughly one Google, or 13.75 eBays. Check out the unicorn to Nasdaq company conversions below.

We also thought it would be interesting to compare the total market capitalization of the Nasdaq 100 to the aggregate value of all 123 unicorns. See the chart below for the comparison: 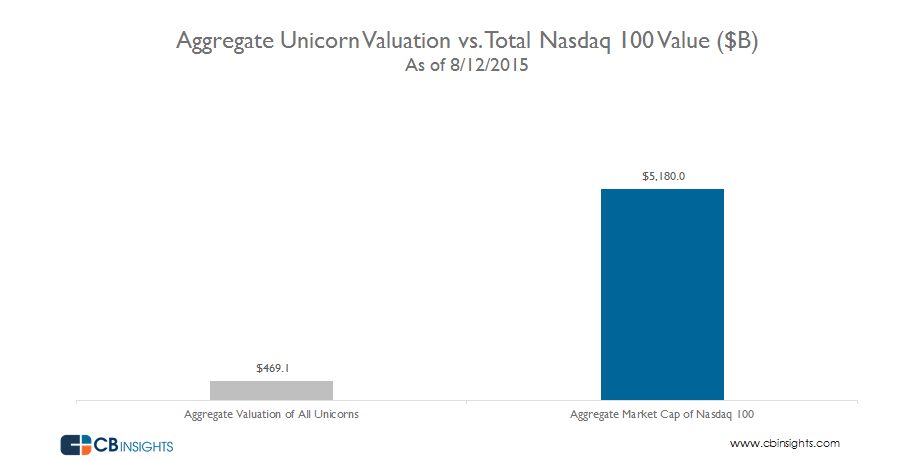