For mainstream consumers, the most visible feature of iOS are Apple's stock apps, and few of them are immune from startup competition.

Apple released the iOS 8 operating system to the public in late 2014, and is expected to release a new update at a media event tomorrow.

With the iOS 9 upgrade around the corner, we used CB Insights data and analysis to dig in and see which startups have been peeling away at some of the categories served by default iOS apps.

An operating system includes many behind-the-scenes technologies that power the iPhone (and iPad) experience. But for mainstream consumers the most visible feature of iOS are the built-in apps, i.e. the apps like Calendar and Mail that can’t be deleted from iPhones and are intended as the default options. We found dozens of investor-backed private companies developing apps that would like to displace Apple’s stock apps and knock them off the home screen.

In all, we identified 44 startups attacking iOS, with music, messaging, and health seeming to be the three most contested categories. 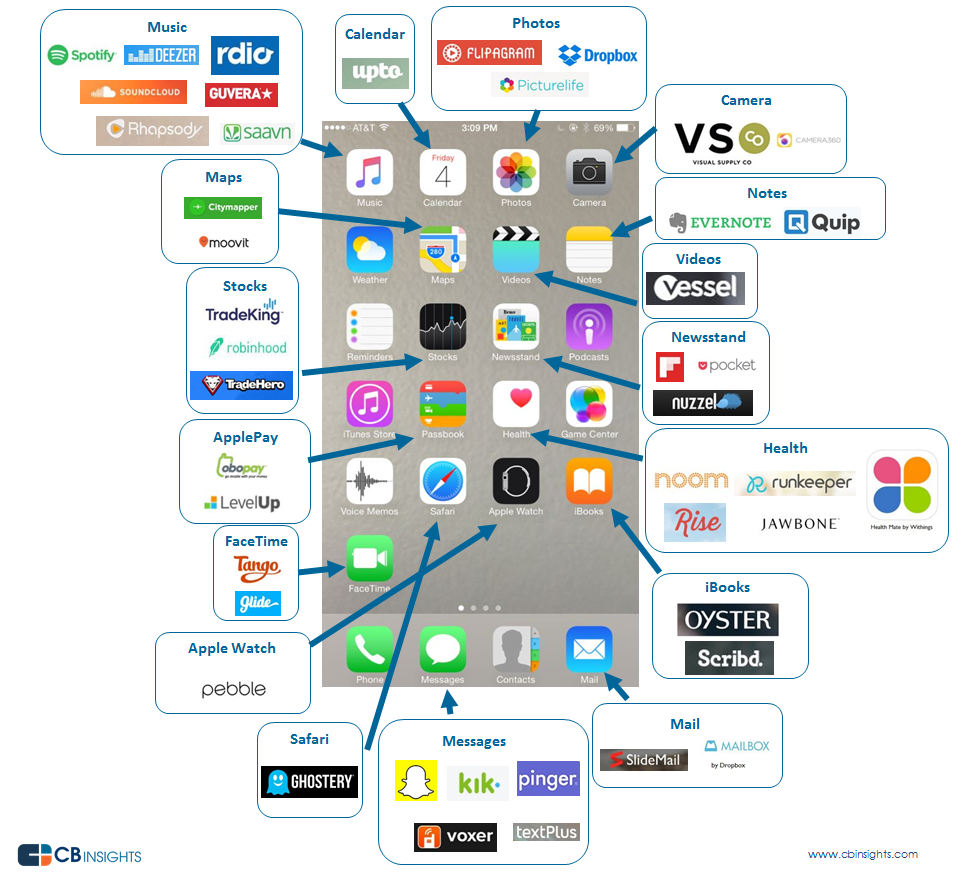 Of course, this isn’t all bad for Apple, since a well-stocked app store is a strength for iOS and helps sell iPhones. But if the company wants to move more aggressively into apps and mobile services —as it has with music and photos — it will need to think more about how it plans to compete in all of these areas.

Here’s a deeper look at some of the most contested categories:

Did we miss some notable startups targeting various iOS features? Disagree with some of our choices? Let us know in the comments.