More unique VCs invested in UK tech startups in 2013 than any of the previous 5 years. 2014 is on pace for another multi-year high.

The UK tech scene has been flourishing over the past few years, with 2012 marking a turning point for the Silicon Roundabout. To be exact, 45% more VCs invested in 2012 than 2011, driven perhaps by the high volume of VC-backed tech exits in 2011 (30+), paired with the rise of notable UK companies like Shazam and Just-Eat (which went public in April).

The number of VCs investing in UK tech companies has continued to increase, reaching a multi-year high in 2013 at 153, while 2014 is on pace for another five-year high. 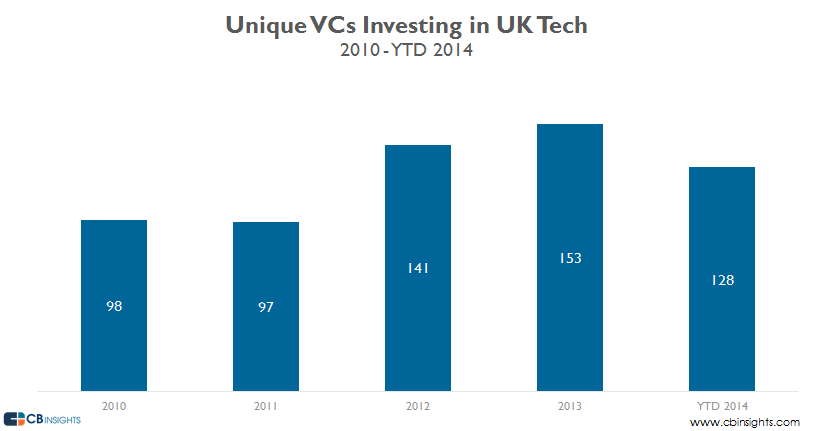 Thus far, in 2014, the share of US-based investors is at a 5-year low with 15+ fewer US-based VCs participating in a UK tech investments in 2014. To pick up the slack, local investors accounted for the nearly half of all VCs investing in UK tech thus far in 2014, a positive sign of an ecosystem that can support itself over the long term.

While US investment may be down, 2014 has been the most diverse year for VC participation in the UK tech scene, with VCs from 18 foreign countries participating in a UK tech deal, up from the previous multi-year high of 15. 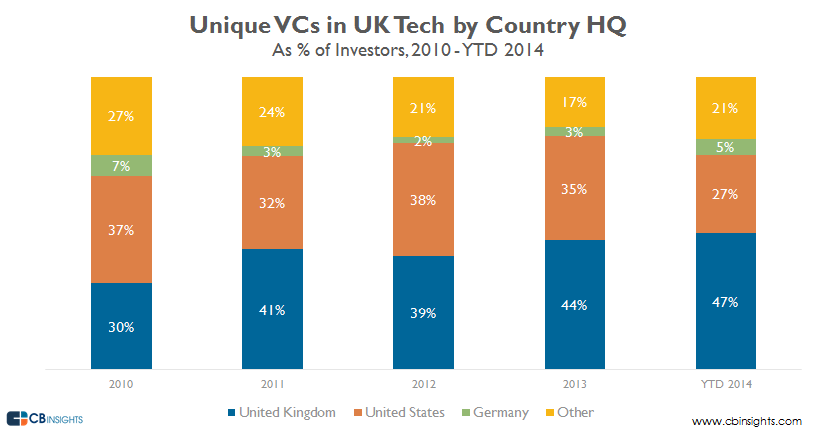 Sign up below for CB Insights to track UK investment activity.