In a quarter when deals to VC-backed companies globally fell by 13%, deal activity actually increased in Europe’s two biggest markets: the UK and Germany.

In the KPMG and CB Insights 2015 Venture Capital Report, we dug into global investment data including regional looks at Europe, Asia, and North America, as well as analyses into investment by stage, mega-rounds, CVC activity, and funding in key categories including digital health, fintech, and edtech.

The United Kingdom’s VC-backed companies received more than $1B in funding for the fourth-straight quarter, reaching almost $1.3B in funding in Q4’15. Three of the last 4 quarters have seen over 100 deals with Q4’15 tying a 5-quarter high.

The city that attracted the most investment was London (72 deals, $582.4M), followed in a distant second by Cambridge, with Jersey in third place. 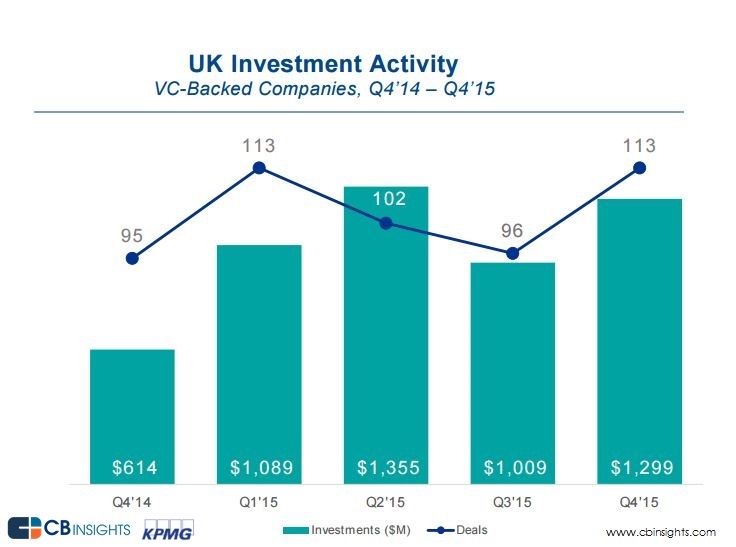 Q4’15 investment to German startups hit $431M across 55 deals. While the quarter saw a drop in funding, deal activity is trending up as there were five more deals completed in Q4’15 than in Q3’15 and nearly 10 more than in Q2’15.

The cities that attracted the most investment were Berlin (21 deals, $204.7M), followed by Munich, and Heidelberg. 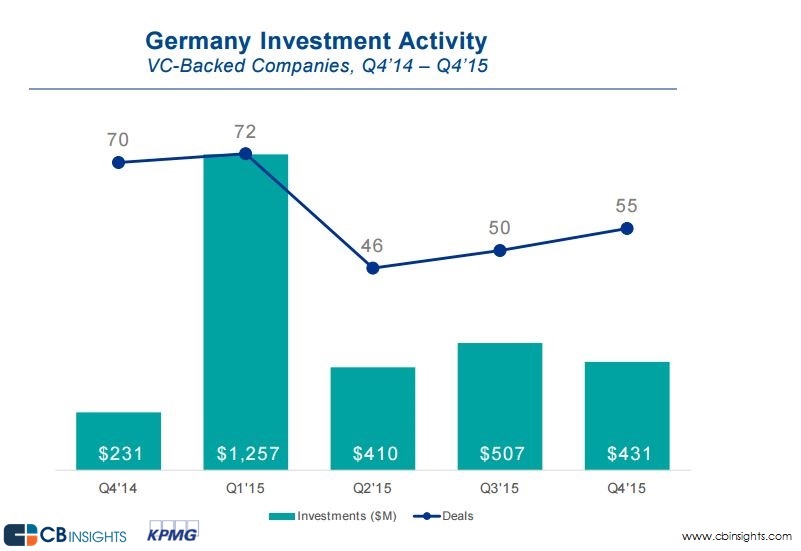