Well-funded Uber is in for a fight, especially internationally.

Despite its massive warchest, Uber’s competitors have not ceded the market to the e-hailing giant. In fact, competitors have raked in big funding pulling down $3.2B across 20 deals in the last two quarters.

These rounds have gone to international competitors like the now-merged Kuaidi Dache and Didi Dache, Singapore-based GrabTaxi, which raised $250M in Q4’14, and India’s Olacabs which raised $210M in Q4’14, $126M in Q1’15, and recently closed a $400M Series E in April (not shown on graph).

The investment activity into car-hailing space excluding Uber is below. 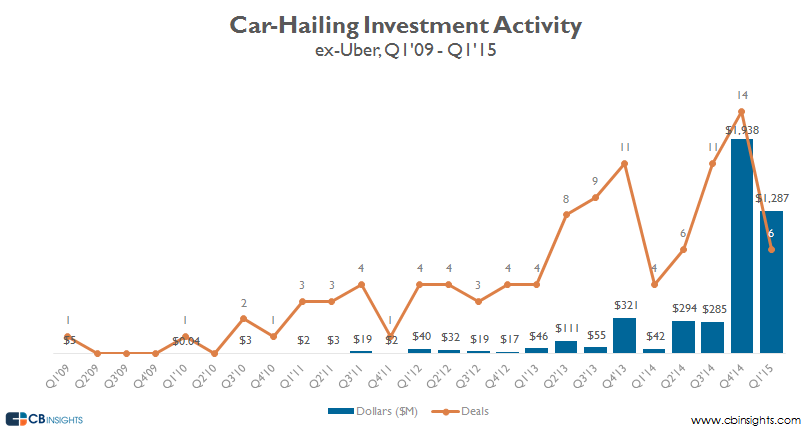 Uber has raised $500 million more than than the $4.95B that the rest of the car-hailing industry has raised worldwide. The funding advantage will provide useful as it looks to fight a global car-hailing battle in countries like China, where Kuaidi Dache controls 98% of the market and India where Olacabs claims to have 70% market share. With these uphill battles and a potential car-hailing alliance being formed by Softbank-backed Olacabs, Kuaidi Dache, GrabTaxi, and a US competitor, it looks like funding to the market will likely intensify. 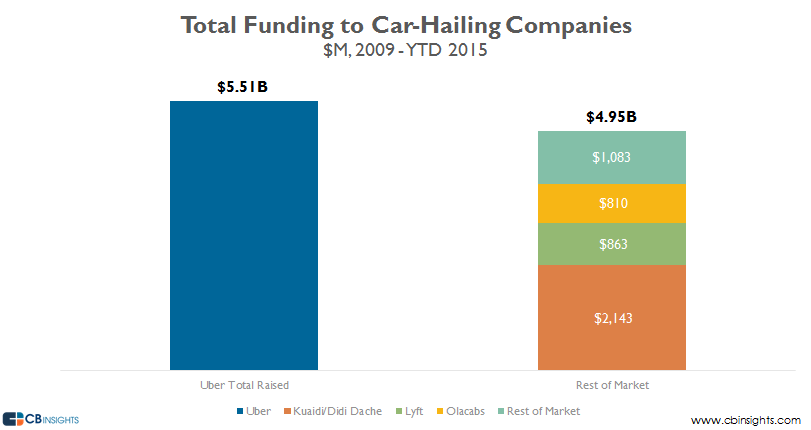 Want more data around car-hailing companies and on-demand startups? Watch out for our On Demand Services Report coming in May, and login CB Insights or sign up for free below.