Research Brief
1449
SV Angel is the most active investor in on-demand mobile services. Average 'Uber for X' Series A deals are 38% larger than typical mobile Series As.

How much is the hot ‘Uber for X’ category of startups booming? Total funding to ‘Uber for X’ (or ‘AirBnB for Y’) startup companies has hit $1.46 billion in the last four quarters, 94% of which came in the first three quarters of 2014. Of note, 2014 has seen nearly 20 deals per quarter go to on-demand mobile startups.

As funding piles in, this analysis takes a data-driven look at the financing trends, investors and company performance of the expanding category of on-demand mobile services startups (ODMS).

Specifically, this report draws on an earlier presentation by Steve Schlafman of RRE Ventures on primarily U.S.-based or U.S.-operating companies that ‘aggregate demand on mobile devices but fulfill that demand through offline services.’ Uber, which has raised more than $1.5B in total funding, was excluded from the data in an effort to get a look at the broader “Uber for X” ecosystem.

A summary of the data & trends follows: 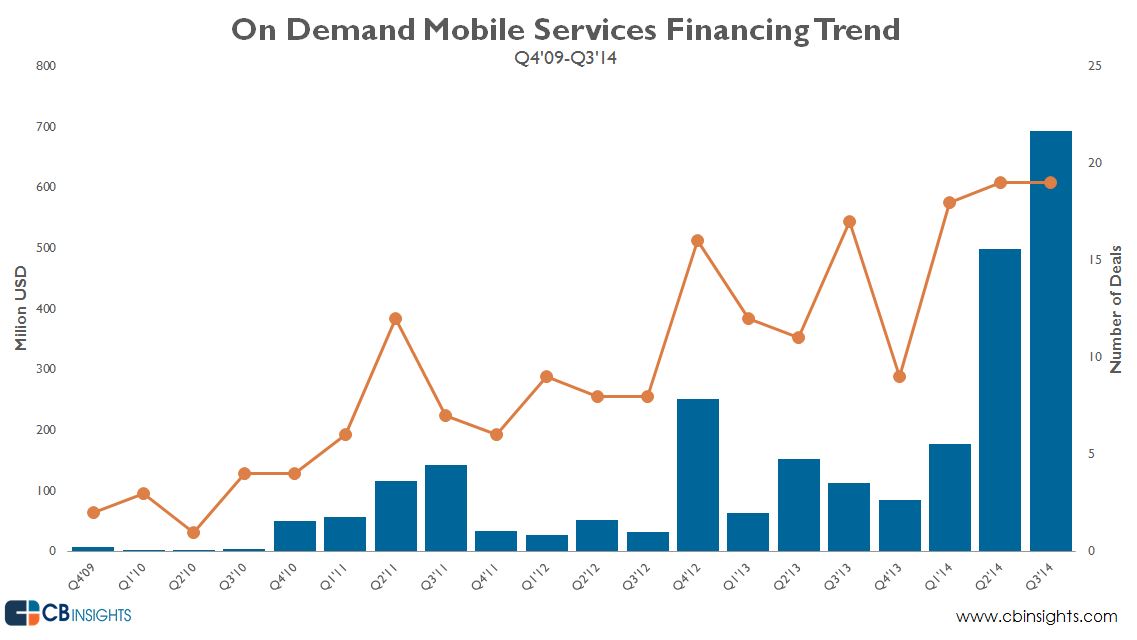 As on-demand mobile apps crop up in areas ranging from flowery delivery to working spaces to parking spots, investments in the ‘Uber for X’ category have overwhelmingly come at the early-stage. Seed deals have taken 43% of deal flow since 2012, while Series A deals took another 30%. Mid-stage activity at the Series B and Series C stage has captured just over 21% of deals over the period including to companies such as DogVacay, Postmates and Instacart. 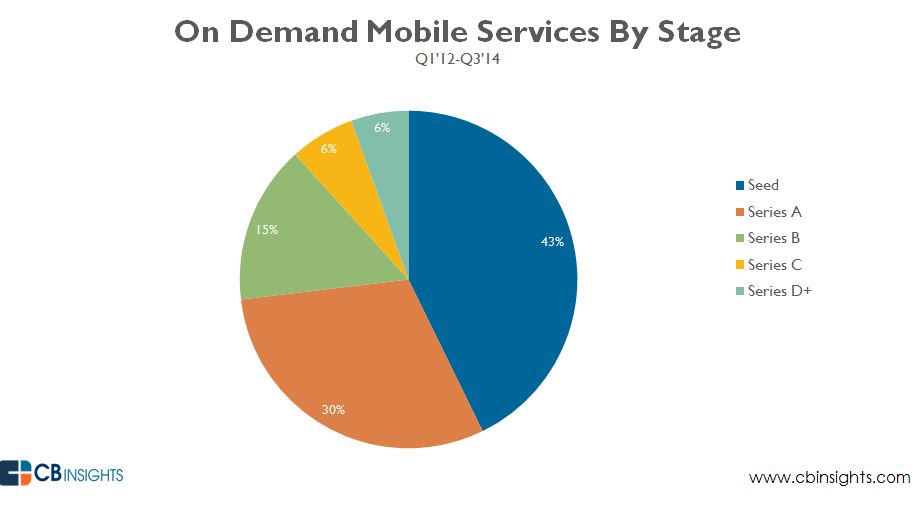 When we peel back average and median early-stage deal sizes for ‘Uber for X’ startups, we see significantly larger checks than the average mobile deal size at the Series A stage between 2012 and 2014. Notably, the average ‘Uber for X’ Series A deal size topped that in the mobile sector by 37% behind a number of $10M+ deals including Washi.io, Handy and DoorDash to name a few. Seed VC deals were also slightly larger on average. 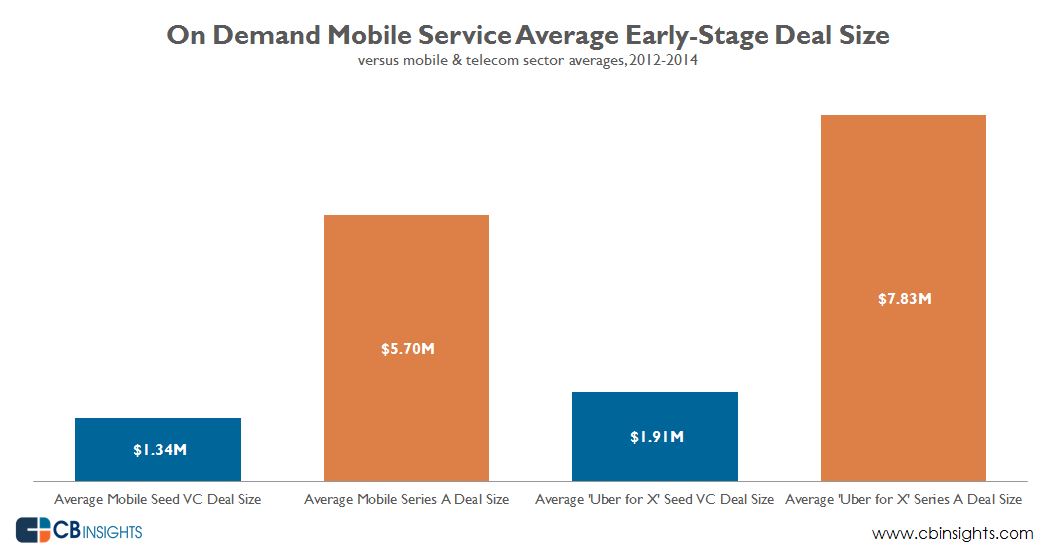 The most active ‘Uber for X’ investors