Uber doesn't dominate the taxi industry — the first market it attacked. Yet it continues to paint a picture of its ambition with its efforts in various adjacent areas. When will the performance have to match the promise?

A month ago, I wondered if autonomous vehicles were actually going to be a good thing for Uber, and many of you responded saying Uber would be the platform and we (autonomous vehicle owners) would rent out our cars during the day to let them drive for Uber.

In short, it required a lot of things to go just right for Uber’s vision of the future to come true. Let’s assume for a second that this all happens. What is the timing on this becoming possible? Next 5 years? Seems unlikely.

But it’s certainly a seductive picture of the future.

And then yesterday, there was an article about Uber hiring an ex-NASA engineer to build flying cars.

It reminded me of a conversation I had at The Innovation Summit breakfast for auto ecosystem executives at which I asked if Uber was a ponzi scheme of ambition.

It led to some impassioned opinions.

When Uber came out, it was going to disrupt the taxi industry.

And then it was taxis, last mile logistics, vehicle ownership, and autonomous driving.

And then it was taxis, last mile logistics, vehicle ownership, autonomous driving, and trucking (with Otto acquisition).

And then it was taxis, last mile logistics, vehicle ownership, autonomous driving, trucking (with Otto acquisition), and drones.

And now it’s all the above + flying cars.

I might have the order wrong, but all are forays by Uber into markets that paint a picture of an ever larger total addressable market (TAM). This coupled with Uber’s uninhibited ambition gets investors excited.

And they, the investors, keep ponying up cash. 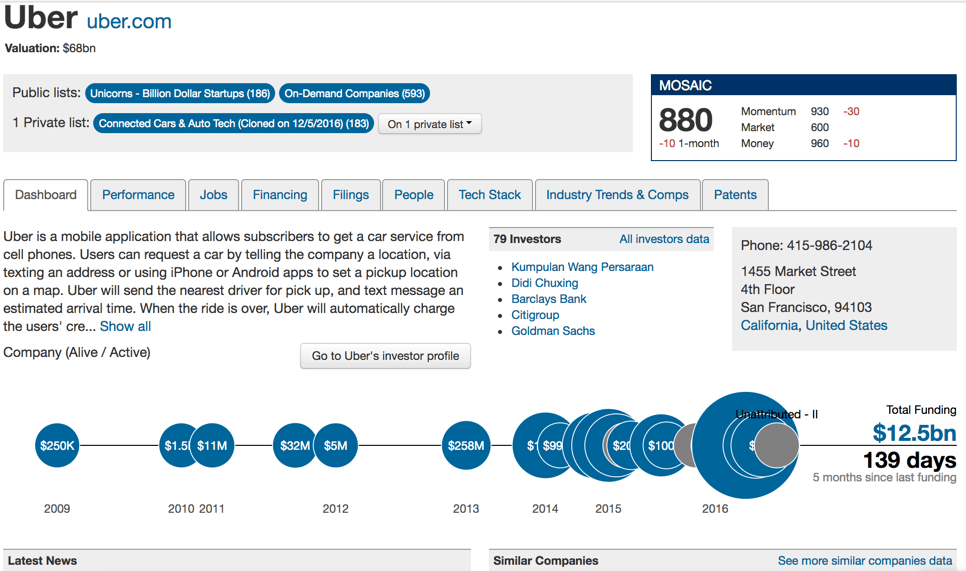 But the reality is that Uber doesn’t even dominate the first industry it attacked — taxis. Its playbook didn’t work in China. It doesn’t dominate in India, and there are well capitalized competitors in southeast Asia, the Middle East, South America, etc.

Yet despite not owning its first market, it continues to paint a picture of its ambition with its efforts in various adjacent areas.

It certainly is an alluring narrative and has aided in the company’s rapid ascent and investment treasure chest. But at some point, the performance will have to match the promise. Or at least one would think so.

Or can the narrative of an ever-increasing market opportunity — aka the ponzi scheme of ambition — be spun to keep Uber’s coffers filled and investors happy?

I thought the breakfast led to interesting conversation, so wanted to share more widely. Many folks pointed to Amazon as being similar but they are a tough comp and their expansion was often into adjacent areas in the beginning (from books into other retail categories).

Of course, many at the breakfast thought the idea was “misguided,” which is a nice way of saying they think I’m stupid. I don’t deny that I may be.