With firms like Goldman Sachs, Blackrock and Fidelity invested in Uber, we analyzed the 62 investors who could bankroll a Lyft mega-round.

With its latest $1.2B in new financing, Uber is now backed by at least 7 hedge funds, mutual funds or sovereign wealth funds while Baidu’s minority investment and partnership only added to the war chest. With Uber’s significant capital advantage, it’s clear Lyft will need to raise more money (they are currently in the market) so we wondered if the data could help us determine who might be the likely investors in a future Lyft mega-round.

To analyze this, we looked at 62 investors who have participated in a $100M financing round since 2012 (smaller investors participating in such rounds to maintain their pro-rata were filtered out). Next, we analyzed whether this set of investors has:

Here’s what we found. 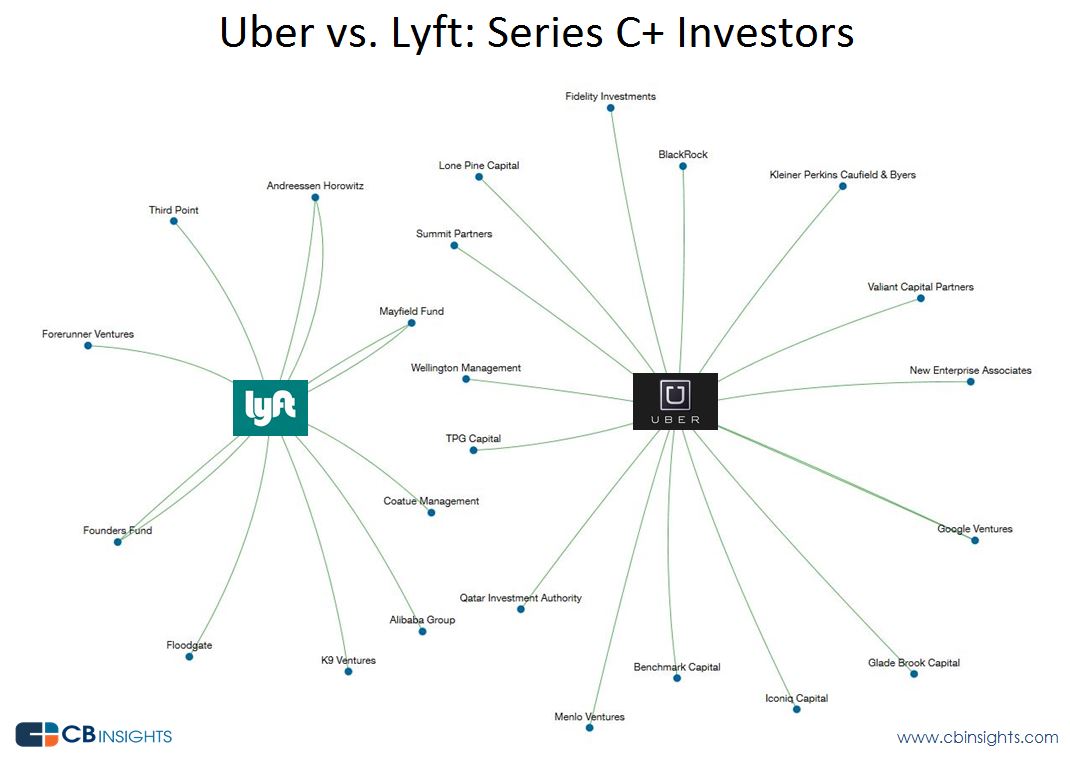 Next, we took the universe of $100M+ round investors and classified them based on the criteria listed above. 15 of the big money investors have previously invested in Uber while another nine including Softbank and Tiger Global have invested in a separate mobile taxi company.

So who might be Lyft’s next options? Of course, the most obvious potential investors could be Lyft’s previous investors including Alibaba, Coatue Management and Third Point, all of whom are high potential fits. With Uber announcing a huge partnership with Baidu last month, a Lyft-Alibaba tie-up might make more sense.

Other investors who might be a fit for a Lyft mega-financing are General Atlantic, which reportedly passed on an Uber investment at a $14B valuation as well as late-stage players such as Dragoneer Investment Group, which was in AirBnB’s 2014 $475M deal, and GIC, which was in some of the largest deals to venture-backed companies last year in Xiaomi and Flipkart. 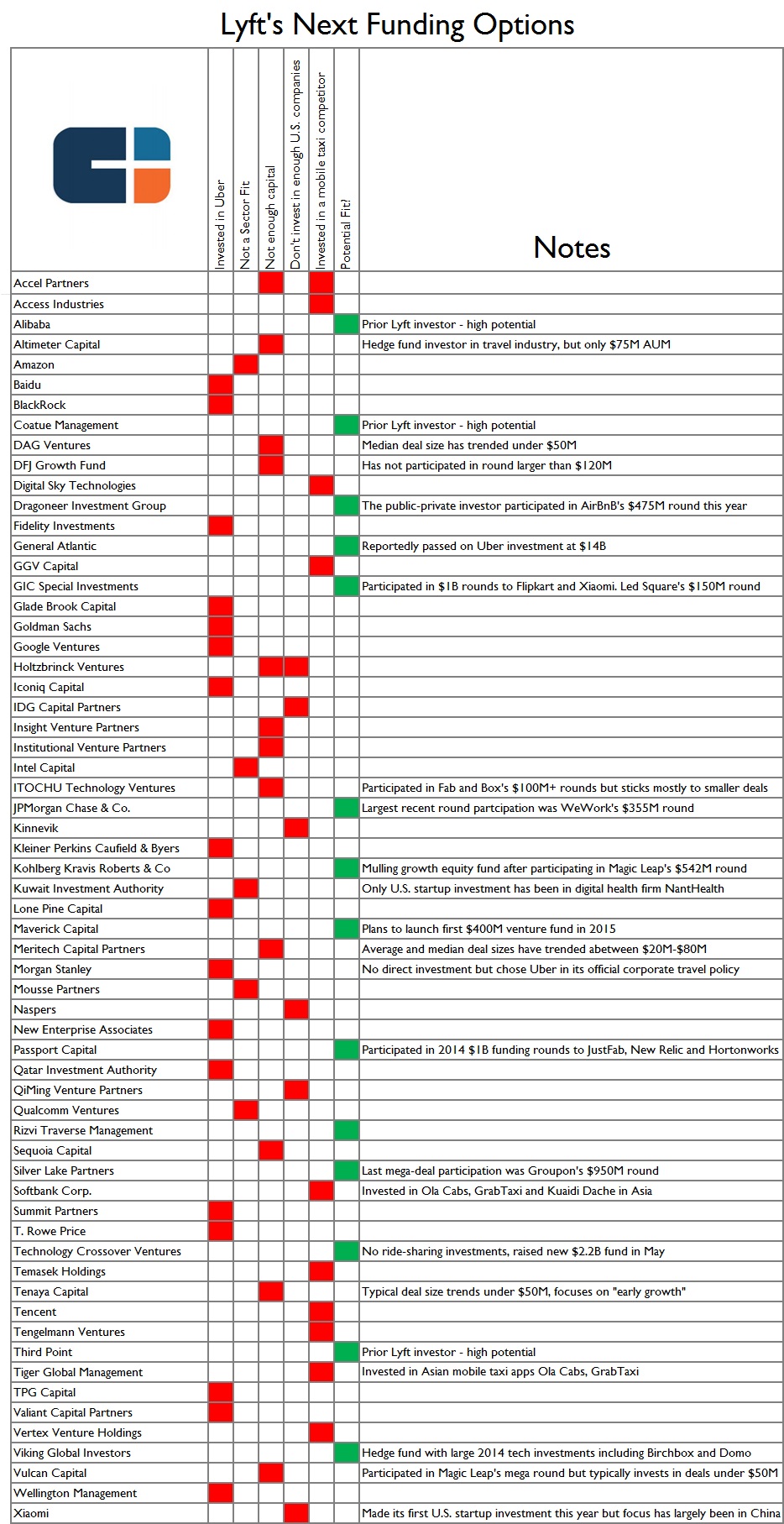