With Uber going public at $45 a share, we look at how much its top investors' stakes are worth.

The most valuable US-based unicorn is going public.

Ride-hailing behemoth Uber announced that it will go public tomorrow morning at $45 a share, at the lower end of the range of $44-$50 per share outlined in its April S-1. The company was last valued at $72B, as of August 2018.

Since launching in early 2009, Uber has attracted funding from a bevy of 90+ investors, ranging from VC firms (like Lowercase Capital, G Squared, and Benchmark) to corporates (like Toyota, Microsoft, and Goldman Sachs) to celebrities (Ashton Kutcher was one of the firm’s earliest investors).

A decade later, Uber’s IPO could mean a massive return on investment for many of its investors.

Using Uber’s S-1 filing, we calculated how much its top investors’ shares are worth, based on its $45 a share IPO price.

Here’s the breakdown of Uber’s top investors, from co-founders to key institutional investors. 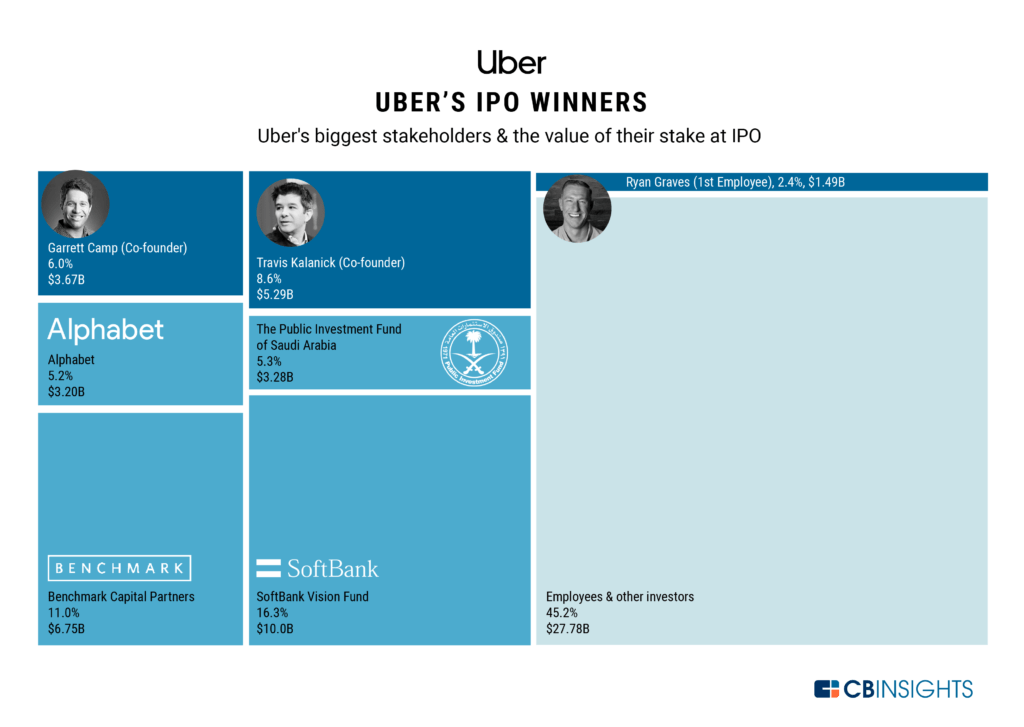 According to Uber’s S-1, SoftBank is the largest investor in the company, with 16% of all shares. (Notably, SoftBank has also backed a number of Uber’s competitors, including Olacabs, Grab, and Didi Chuxing.)

If, after its lockup period has ended, SoftBank is able to sell all its shares at tomorrow’s opening price of $45, it stands to bring in a whopping $10B.

After SoftBank, Benchmark Capital Partners has the second largest share of the company, at 11%.

Cofounders Travis Kalanick and Garrett Camp have an 8.6% and 6% share of the company, respectively.

All of Uber’s largest shareholders have agreed to a lockup period of 6 months after the IPO, during which they are not allowed to sell any of their shares. 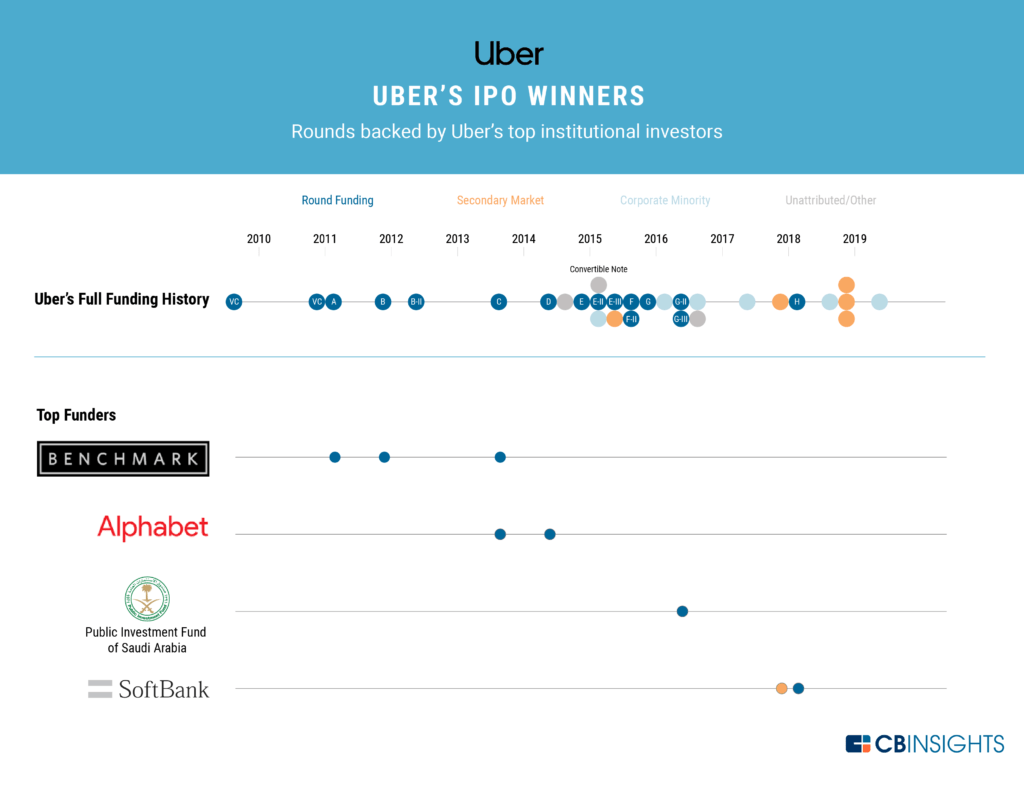 Benchmark was one of Uber’s earlier investors, first investing in the company’s Series A in February 2011. Alphabet joined on a few years later (via its Google Ventures arm), when the two investors jointly backed its 2013 Series C.

The Public Investment Fund of Saudi Arabia, which boasts a 5.3% stake in the company, only invested in Uber one time, backing a $3.5B tranche of its Series G funding.

SoftBank, the top stakeholder at time of IPO, was one of Uber’s largest — and latest — investors. The Japan-based fund led a $1.25B Series H to the company in January 2018, on the heels of a $7B secondary market funding at the end of 2017. The $7B deal is Uber’s largest disclosed funding round.