In early July, we highlighted that three SoftBank-backed Asian Rivals (Didi Kuaidi, GrabTaxi, and Ola) had combined to out-raise Uber. Now it looks like the tables have turned.

After a huge new $1.2B round led by Baidu to accelerate Uber’s China efforts, Uber has now raised $7.8B in total funding (including convertible notes). The three SoftBank-backed apps, meanwhile, have raised just over $7B, though Ola is reportedly looking to close a $500M deal at a $5B valuation which would boost the aggregate valuation of the three apps to $23.3B and put their total funding closer to Uber’s. 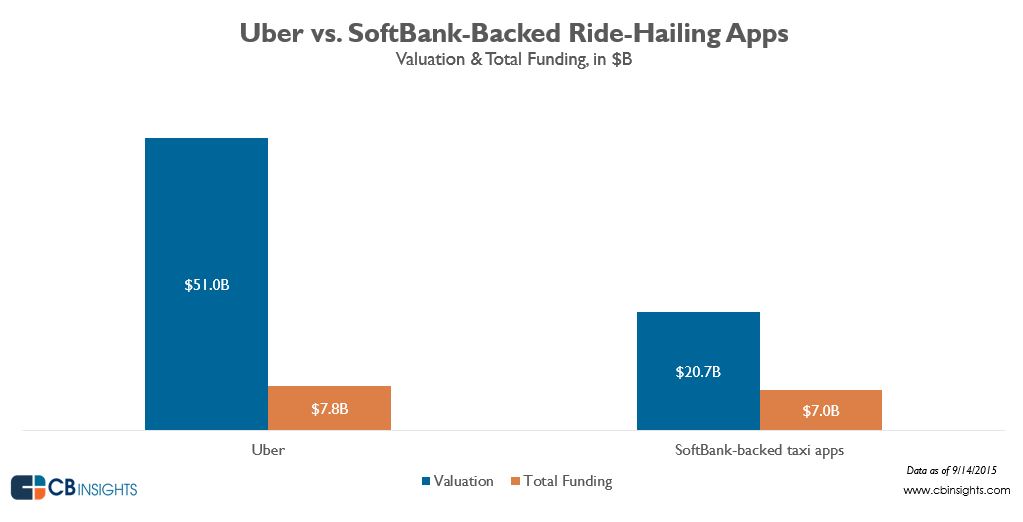 The big money gets bigger

The role of nominally public market investors — e.g. mutual funds and hedge funds — and corporates in the ride-hailing wars becomes clear once Uber’s US rival Lyft is added to the mix.

As the business social graph below highlights, there are an increasing number of big money investors including sovereign wealth funds, hedge funds, and mutual funds backing more than one of the ride-hailing apps competing against Uber. Not only that, but Lyft’s latest round counted SoftBank-backed Didi Kuaidi (which has also backed GrabTaxi) as an investor, as well as Didi Kuaidi investor Tencent. 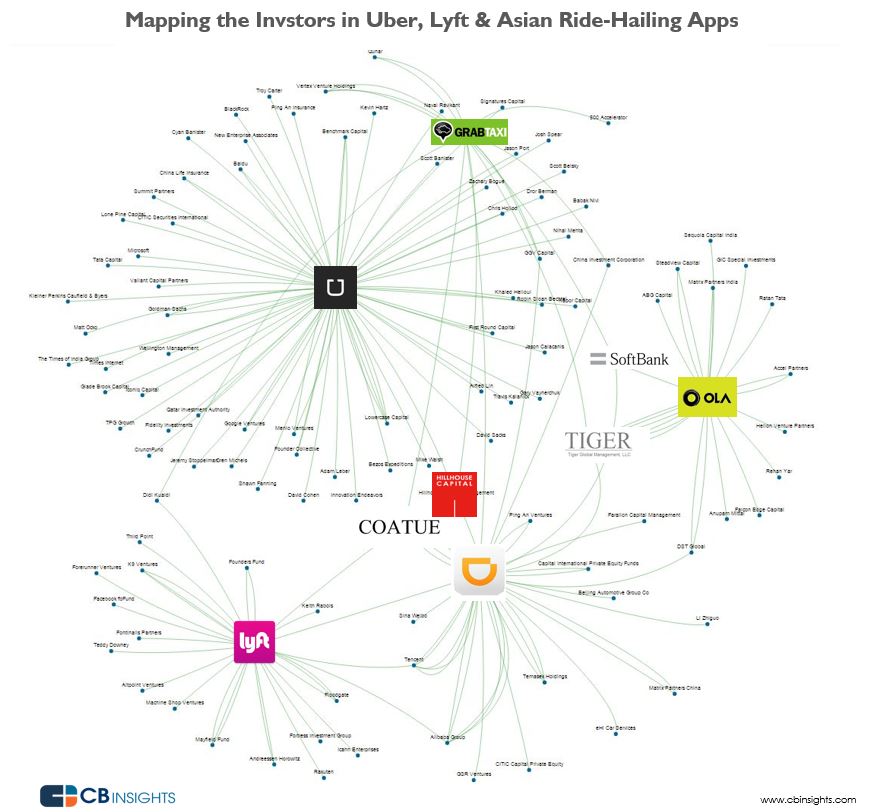 But while big money investors are piling in to Uber’s rivals, Uber outnumbers each of the Asian ride-hailing apps (as well as Lyft) when it comes to total hedge fund and mutual fund backers, which in Uber’s case include Fidelity Investments, BlackRock, Glade Brook Capital, Lone Pine Capital, and Valiant Capital Partners, among others. However, there are more individual hedge funds and mutual funds in aggregate backing the group of Uber rivals together than Uber itself. 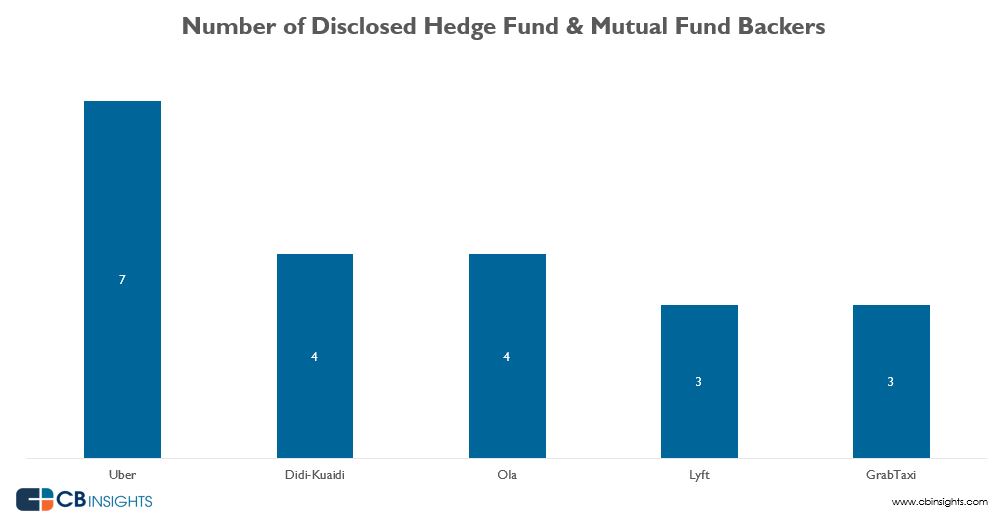 Related: Uber Has Raised Nearly As Much Funding As All Other US On-Demand Startups Combined

Looking for more on-demand funding and exit data? Sign up for the CB Insights Venture Capital Database free below.