Research Brief
1903
Under CEO Dick Costolo, Twitter snapped up companies like Vine, Periscope, MoPub, and TellApart despite a competitive climate for acquirers.

Outgoing Twitter CEO Dick Costolo has been a magnet for criticism over the past year or so. The critics say Twitter’s leadership sat on its hands under Costolo, not doing enough to improve the service and grow its audience more effectively.

But besides the facts that Costolo led Twitter to its IPO, made major hires, and championed its international expansion, there’s another counterpoint to that argument: acquisitions.

We used CB Insights data to analyze Twitter’s acquisitions since 2008 in the charts below. Under Costolo, Twitter revved up its acquisitions and became an aggressive deal-maker, snapping up 40 companies in the nearly 5 years Costolo has served as CEO.

(Costolo will step down and transfer leadership to interim CEO and Twitter founder Jack Dorsey on July 1.) 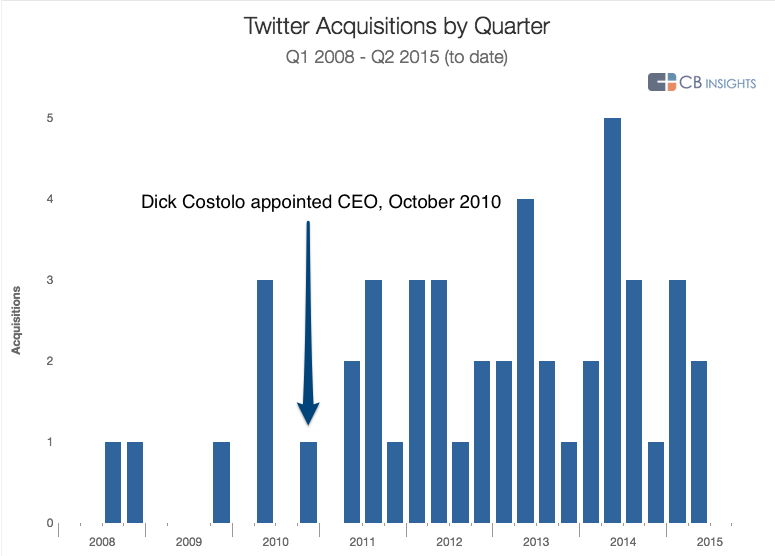 Costolo was promoted from COO to CEO in October 2010, after which acquisitions picked up significantly and never flagged.

And Twitter got the deals done despite the fact that they are relatively short on cash (and/or stock value) compared to other aggressive acquirers, including Google, Amazon, Facebook, Apple, and others.

Below is a look at Twitter acquisitions by year. 2014 was the top year for acquisitions by Twitter with 11, and 2015 could end up equaling or surpassing 2014 by number of deals. There have been 5 so far, with more than 6 months left in the year. 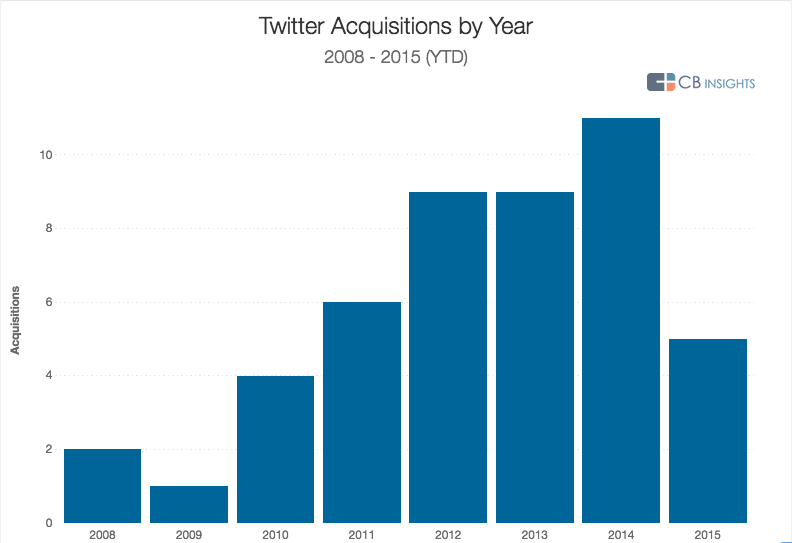 Below are Twitter’s top five deals by the target’s valuation. We included only those companies for which valuations were disclosed at the time of the acquisition. Note: Crashlytics’ valuation is based on a post-Twitter IPO estimate. 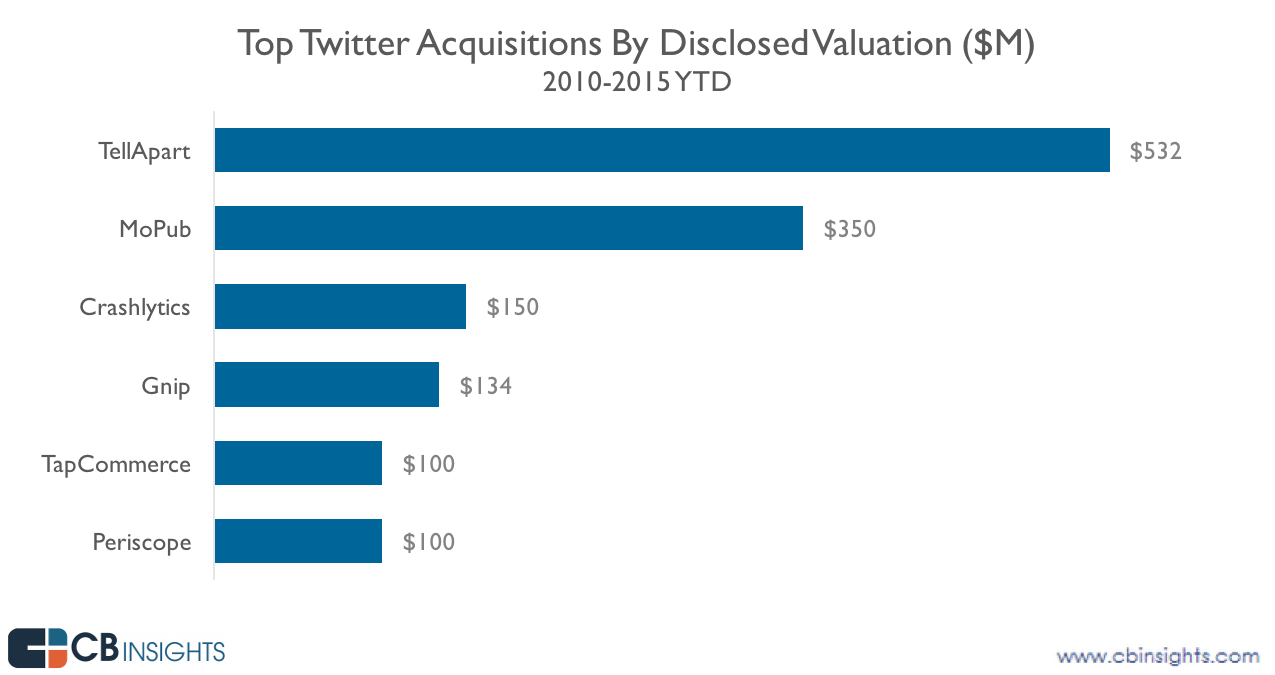 Were the deals successful for Twitter? The verdict is still out for most. But here are some early deal notes on some of the more prominent deals:

For more details on Twitter’s acquisitions strategy, including industry focus and company stage, have a look at our September 2014 report on Twitter M&A: “Twitter M&A Hits High in 2014. How Has Their Focus Shifted Post-IPO?.”

Want more data on corporate tech M&A? Login to CB Insights or sign up for free below.