Research Brief
1786
With Ex-Twitter employees setting off to start their own ventures, are we seeing the rise of a new tech mafia? Here's some early data.

The “Paypal Mafia” refers to the original members of Paypal who have become prominent members in the tech community. It includes the likes of Peter Thiel, Elon Musk, and Reid Hoffman among others. Inspired by this tweet as well as the recent funding into Color Genomics, the startup founded by ex-Twitter VP Elad Gil, we decided to use the CB Insights Business Social Graph to analyze the companies that are coming out of the emerging “Twitter Mafia”.

We tracked 15 companies that have been co-founded by employees that worked at Twitter prior to their IPO and which have gone onto raise funding. The most well-funded is Square, Jack Dorsey’s mobile payments company which has raised more than $700M at a $6B valuation. Ev Williams has raised $25M for his online publication/blogging site Medium as well as running his hybrid VC/startup foundery Obvious Ventures. Biz Stone, Twitter’s other co-founder, found less success initially with his picture-based search app Jelly, but has since pivoted with the same investors into a new app called super.me. 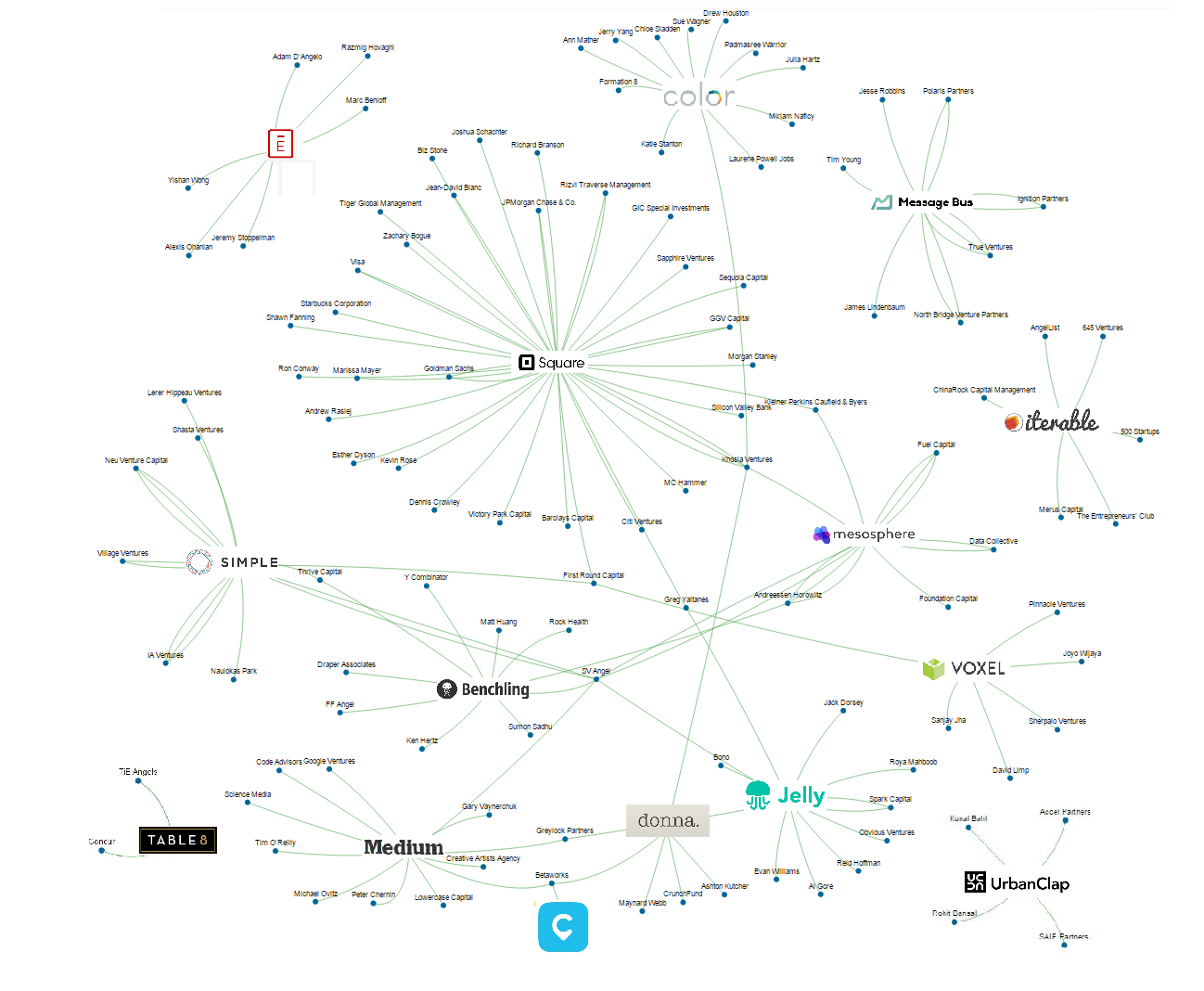 The most active investors in Twitter Mafia companies have been SV Angel, Betaworks, and Khosla Ventures. SV Angel has invested in 5 different companies, while Khosla has been involved in 6 deals across 4 companies and Betaworks has made early stage investments in 3 companies including Medium, Incredible Labs (dba Donna), and Pushd (dba Check). Medium, Incredible Labs, and Mesosphere each had 2 of these three investors. 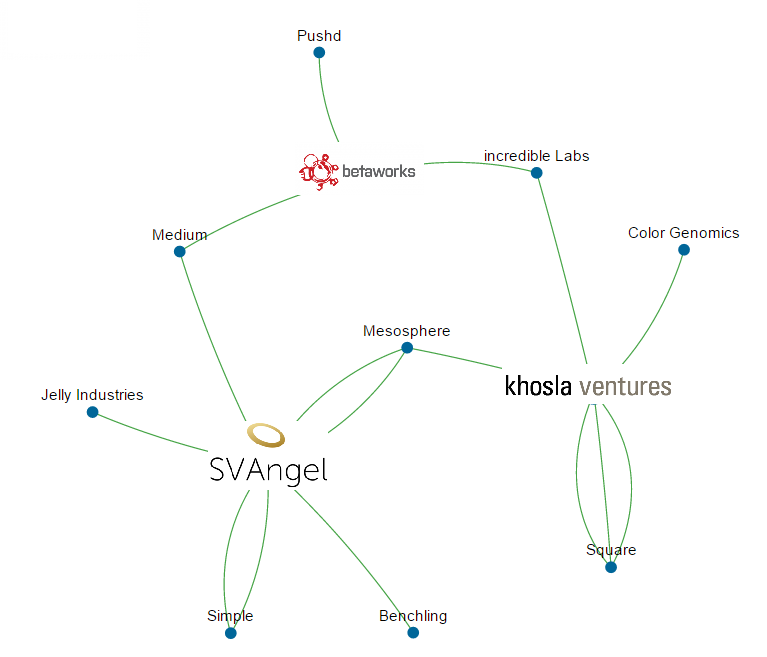 Want to track companies in the Twitter Mafia? Create a free account on CB Insights below or login.