Research Brief
1376
2014 has been Twitter's most acquisitive year to date. The CB Insights Acquirer Analytics tool highlights Twitter's M&A trends pre- and post-IPO and where the firm's strategic priorities lie.

Two months after bringing on Goldman Sachs banker Anthony Noto as CFO, Twitter is making its first debt offering for as much as $1.3 billion for future investments and acquisitions. Using CB Insights new Acquirer Analytics tool, we analyzed Twitter’s M&A strategy to-date and where it might go.

2014 has been Twitter’s most acquisitive year to date – with 10 disclosed acquisitions made already through the end of August. The visualization below shows Twitter’s acquisition history between 2008 and 2014 YTD, highlighting the M&A step-up this year.  In total, Twitter has disclosed 41 acquisitions in total, 46% of which have come since the start of 2013

Twitter M&A’s strategy has taken a more analytics bent since its IPO. Four of Twitter’s acquisitions this year fall in the Business Intelligence, Analytics & Performance Mgmt sub-industry including Mesagraph, SecondSync and Gnip, which took less than $7M from Foundry Group, SoftTech VC and First Round Capital prior to its $134M acquisition in April.

Another two acquisitions this year – Namo Media and TapCommerce – fall in the mobile ad space, following up on Twitter’s $350M acquisition of mobile ad exchange MoPub last year. Getting the mobile experience right is clearly important to Twitter. The visualization below shows how Twitter’s M&A has shifted away from smaller social technology acquisitions. These types of social companies took almost 1/5 of Twitter M&A between 2008 and 2013.

While Twitter has bulked up on talent and technology around analytics capabilities and mobile ads since its IPO, the company continues to mostly buy targets at the early-stage. Of Twitter acquisitions that have received prior funding, 77% were at the Series A stage or earlier. 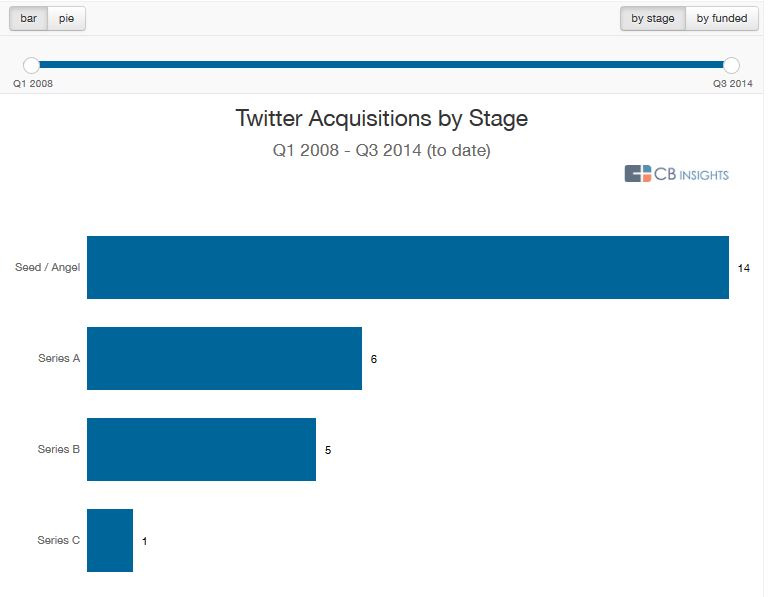 And just over 36% of Twitter’s acquisitions or acqui-hires had received no prior funding at all. Whether Twitter is readying itself for much bigger acquisitions with its new debt raise is to be seen. It would be a departure from the past. 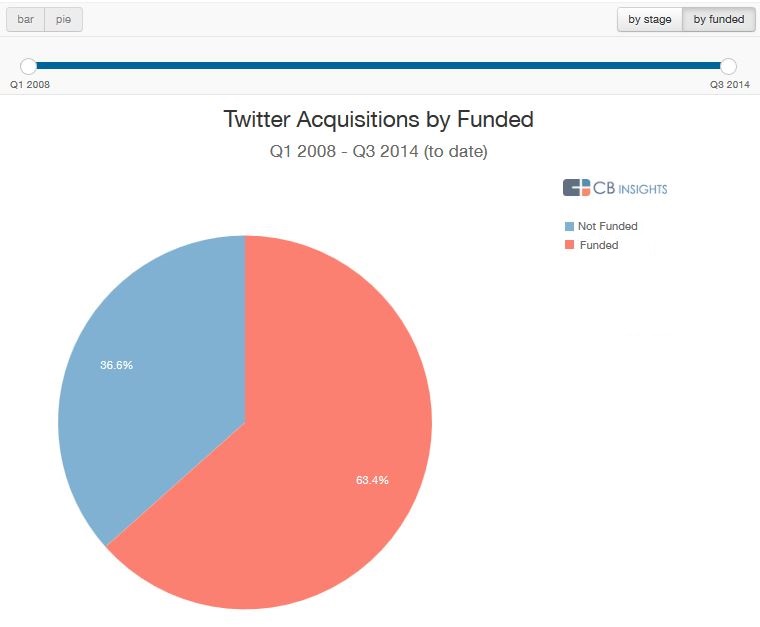 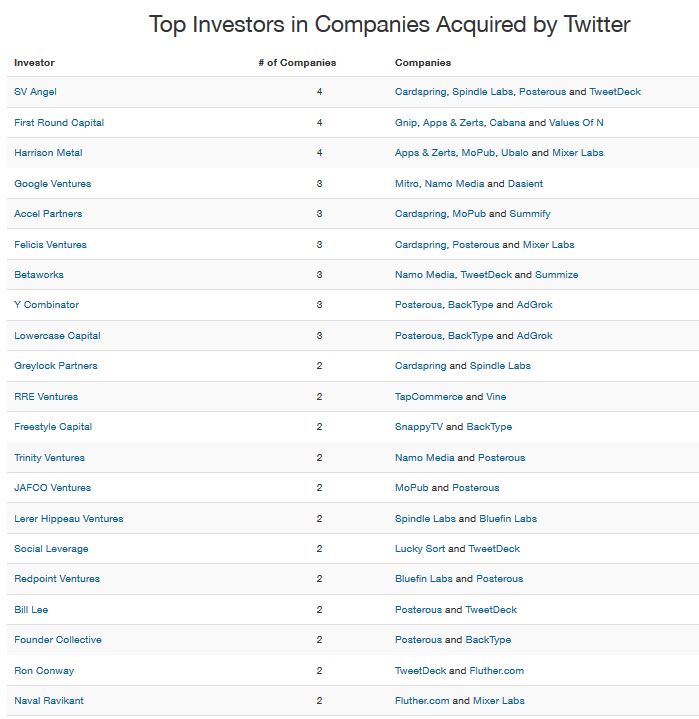