Research Brief
4383
Given the most acquisitive tech companies have the largest overseas cash piles, the proposal to allow corporations to repatriate overseas profits at reduced rates could help fund new rounds of tech M&A.

This week, US economic officials launched the outline of a new tax reform, which among other things would slash the corporate tax rate, allow for partnerships and LLCs to be taxed at attractive rates (relevant to VCs), and allow US corporations to repatriate offshore profits at a rate lower than the current 35%.

That’s potentially a big deal since some of the companies with the largest overseas cash piles are the most acquisitive tech corporations, including Microsoft, Alphabet, Cisco, and Apple (click here for our Google and Microsoft real-time M&A trackers). Add to this the fact that many of the largest tech corporations are seeing record share highs — stock can also be used as currency in M&A — and the picture could look pretty bright for tech M&A. 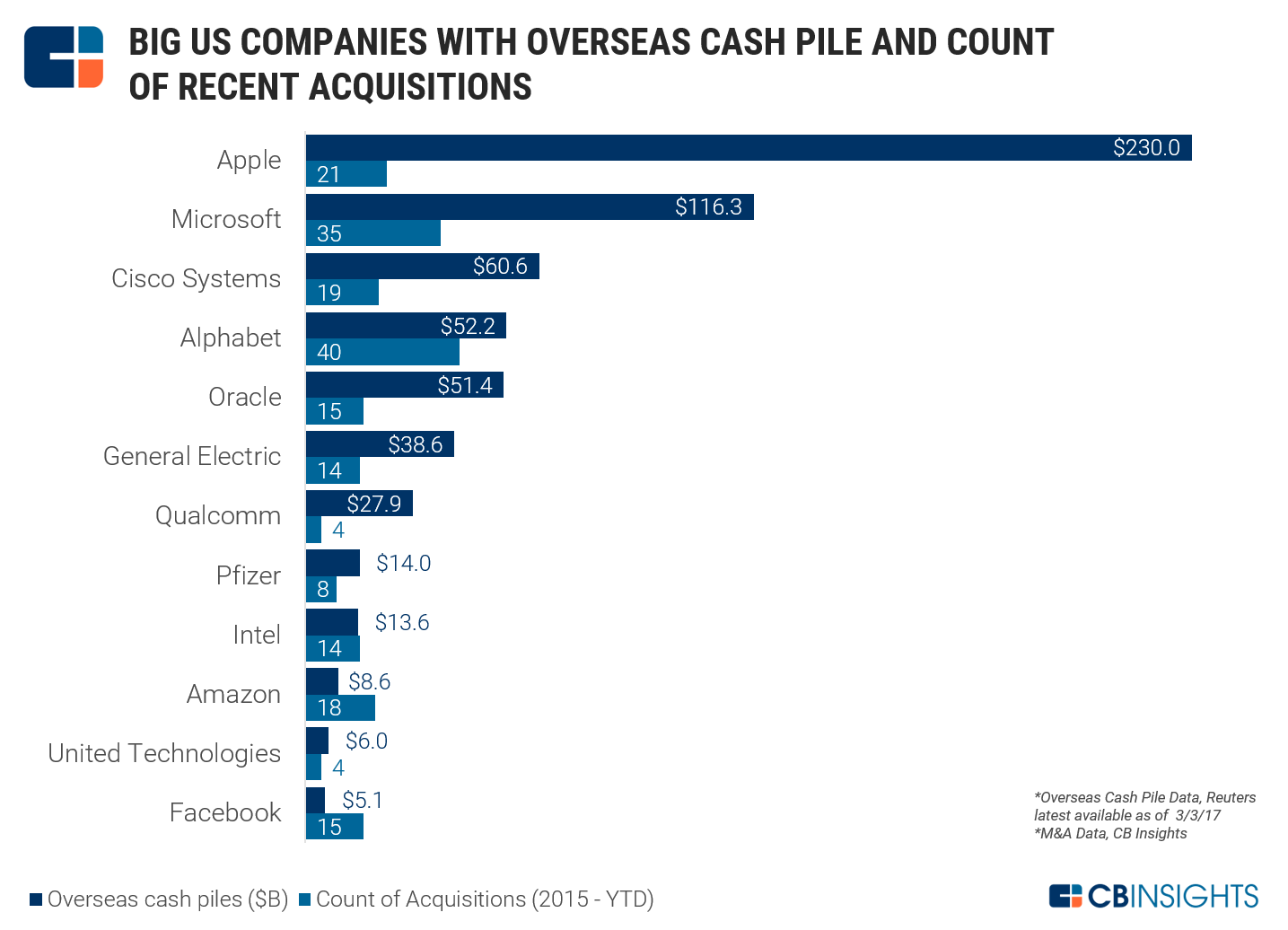 However Congress would have to pass the changes to the tax policy into law, and that’s very uncertain. There is some speculation that Democrats may get on board for the repatriation bit, since the boon to corporate balance sheets could encourage them to spend not only on M&A and share buybacks but also on capital expenditures and do their part for the infrastructure spending that many Democrats and Republicans would like to see in the next few years.

Another caveat is that only a small portion of repatriated cash would be used for M&A, a study cited by Robin Wigglesworth of the Financial Times put the proportion of S&P 500 cash used for M&A at only ~10%.

In any case, there’s a lot of cash at stake, investment bank estimates cited by the FT at year-end 2016 put the total of US corporate overseas cash at $1 trillion