When president-elect Donald Trump held a meeting with founders and executive officers from the technology industry on Dec. 14, the roster of the companies included — and excluded — from the meeting was a matter of intense scrutiny.

We examined the companies in attendance and looked at their respective public market valuations, and in the case of Palantir (a private company) its private market valuation, to compare attendees, and to benchmark these against those companies that did not attend.

Of the 11 companies attending all but two had a public market valuation of over $100B. The largest companies in the space including Apple, Alphabet, Microsoft, Amazon, and Facebook are all valued at over $300B (data from Yahoo Finance).

The two lowest valued companies attending were Tesla and Palantir, each notably lower in value than their peers at the table, valued at $34B market value, and $20B in the private markets, respectively. 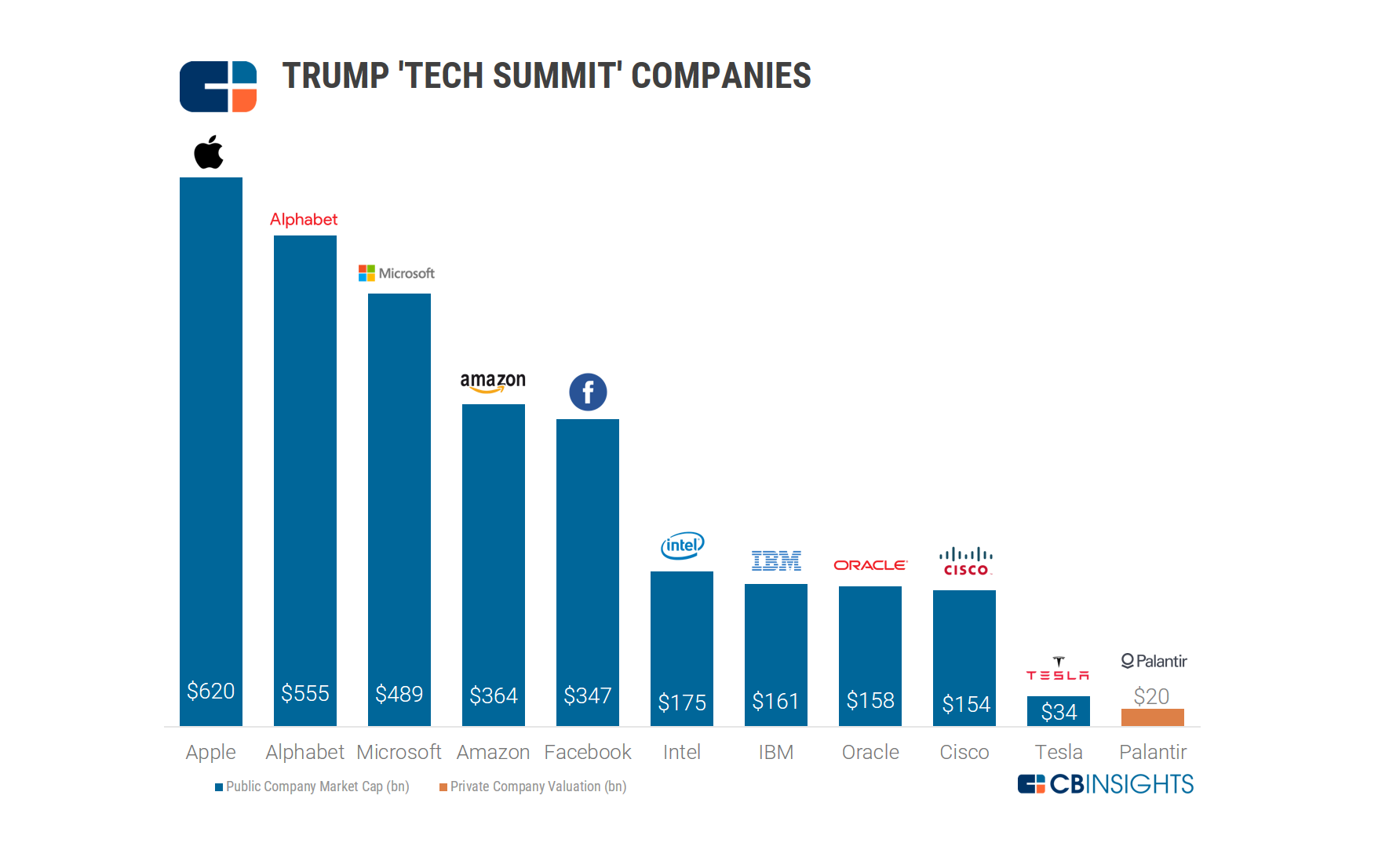 Next, using both Tesla and Palantir as a benchmark, we examined the valuation of technology companies (both public and private) that were not present in the meeting.

Netflix, Salesforce, Yahoo, and HP all have a public market valuation higher than the two lowest-valued attendees. Additionally, US tech unicorns Uber and Airbnb are valued in the private markets at higher valuations, $68B and $29B, respectively, compared to Palantir and Tesla. 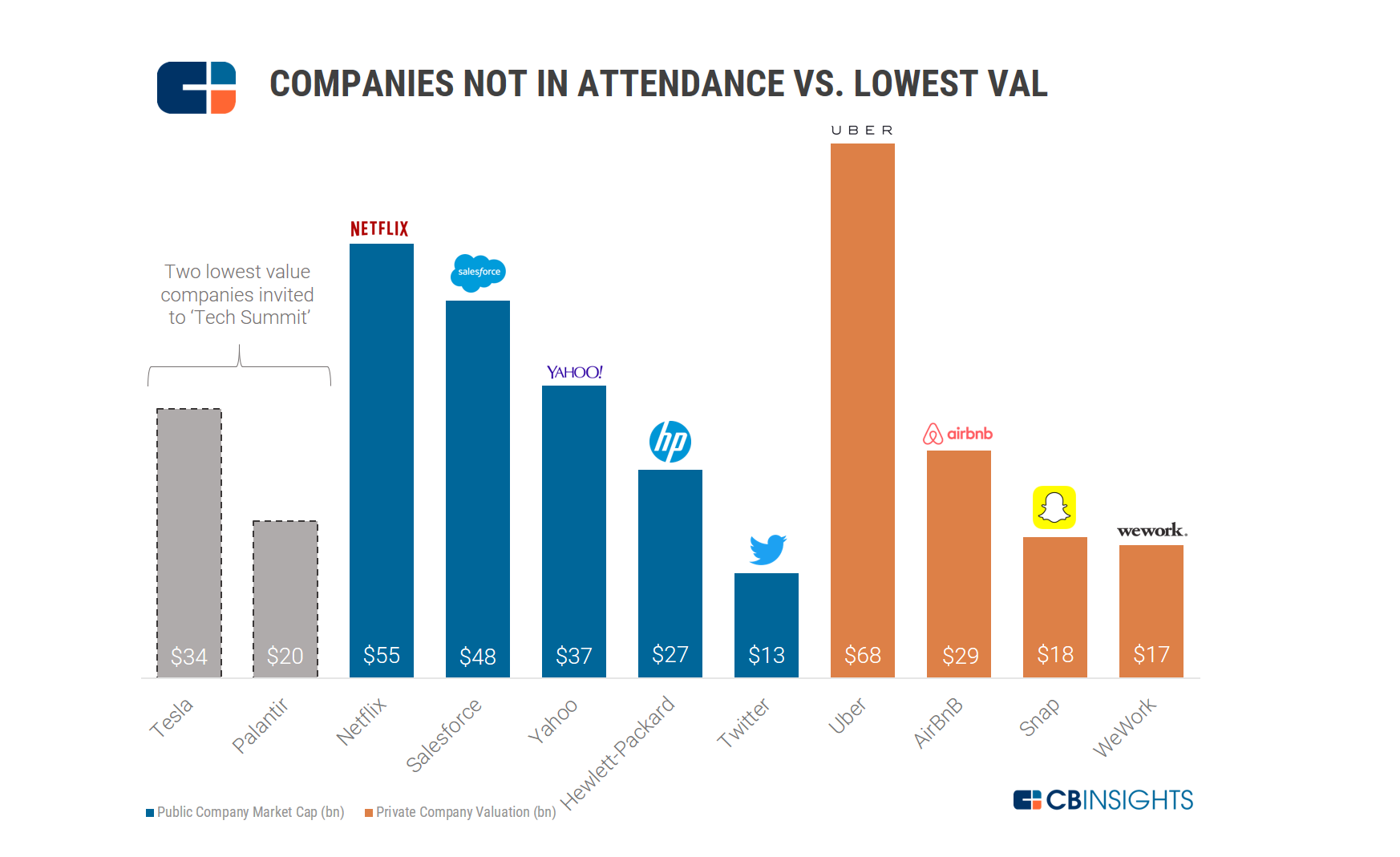 Setting aside which companies were not in attendance, each company’s seat at the table (literally) received intense public scrutiny as well. Some attendees, like Amazon’s Jeff Bezos and Elon Musk were tucked in the corners, lost in the periphery. Others, like Facebook and Apple, flanked the president-elect. Google and Microsoft each managed to get two of their executives into the room.

We took a look at the seating arrangements and assigned each company a proximity-to-Trump value from 1 to 5, and analyzed the companies’ change in stock price to see if proximity to Trump led to a stock bounce in the days immediately following the meeting.

We found that in fact companies seated closer to Trump have done somewhat better since the summit than those seated farther away. Jeff Bezos from Amazon, for example, arguably had the worst seat and the stock is down 1.5% post-summit (as of market close 12/15). In conclusion, in what may fit in the tradition of spurious correlations but interesting nonetheless, proximity-to-Trump actually correlated loosely with positive stock performance. 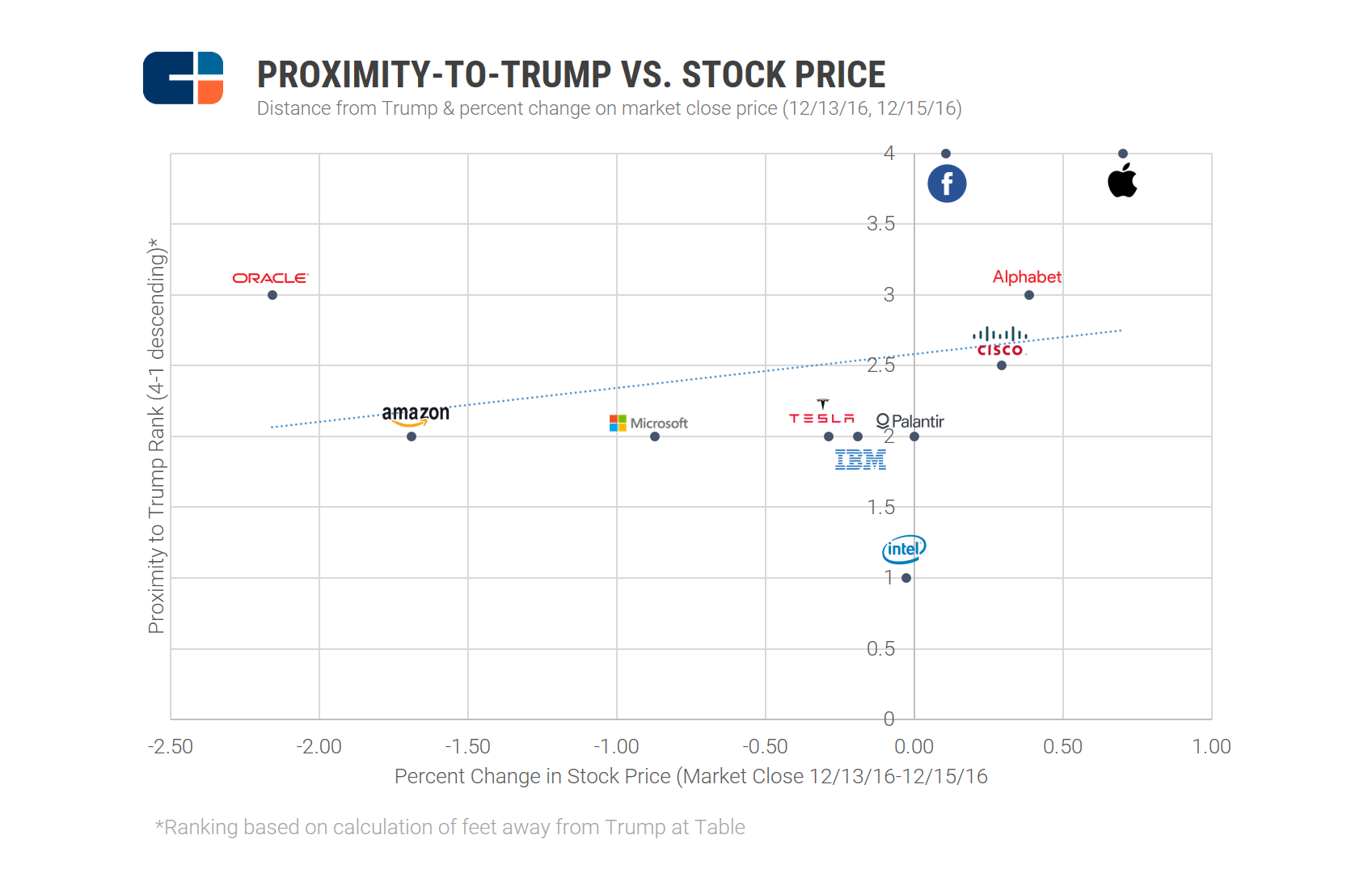 Here’s the actual methodology behind our rankings: 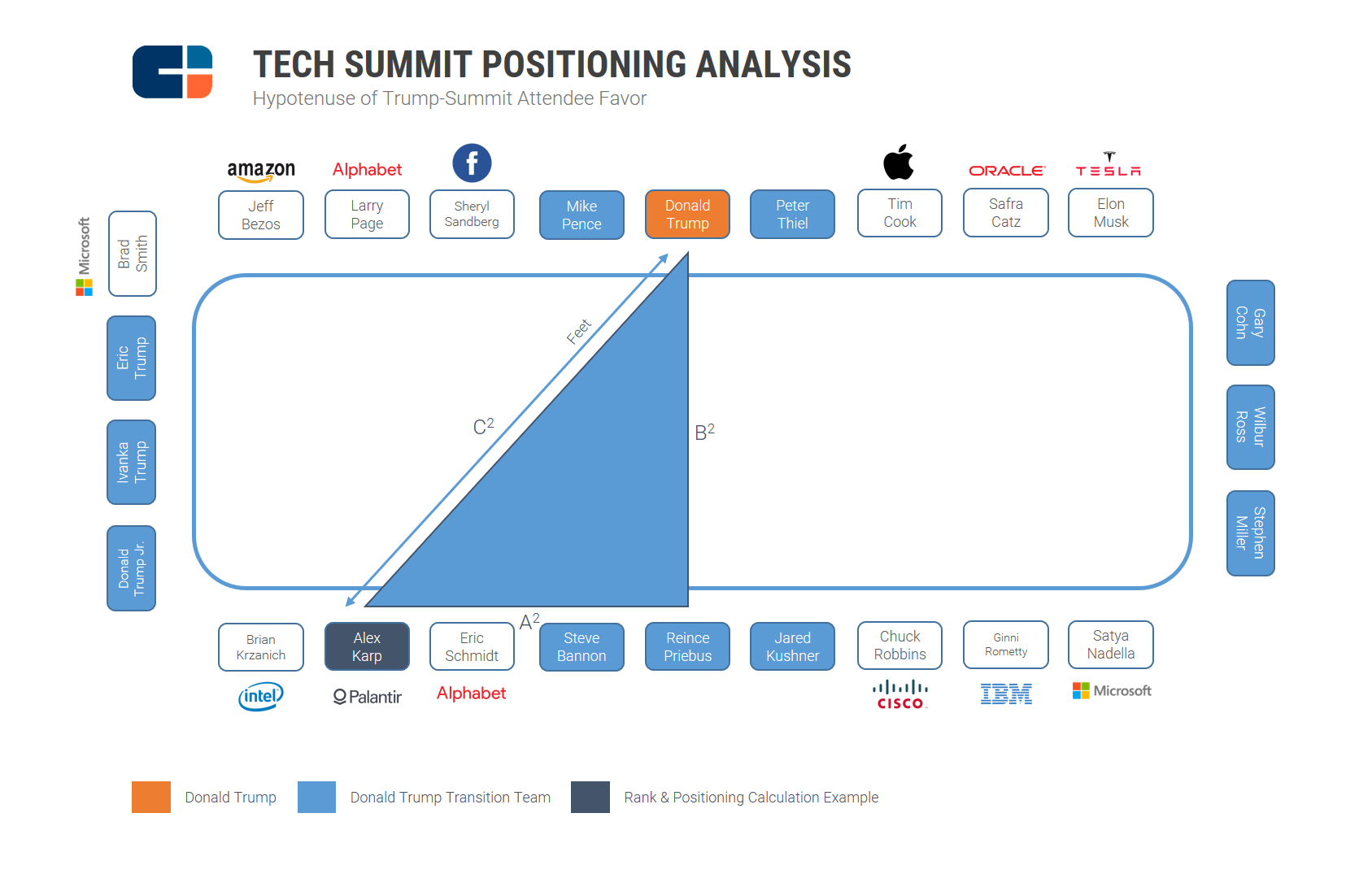