Airbnb has backing from a half-dozen top VCs, including Sequoia, KPCB, and Greylock.

The top venture capitalists are on pace to participate in fewer deals to travel tech startups this year, compared to 2015.

So far this year through 9/13/16, the top two dozen VCs participated in only 5 travel tech funding rounds — deals that totaled $138M in aggregate.

By year-end, 2016 is on track to see fewer than 10 travel tech deals with smart money VCs involved. Last year we saw these 24 leading VCs involved in 18 deals, adding up to nearly $2B.

Airbnb has secured the three largest funding rounds in travel tech history, since 2012.

The five companies that have secured funding with smart money VC participation so far this year (in order of round amount) are: Oyo Rooms, Lola Travel Company, Rocketrip, TravelPerk, and Recharge. 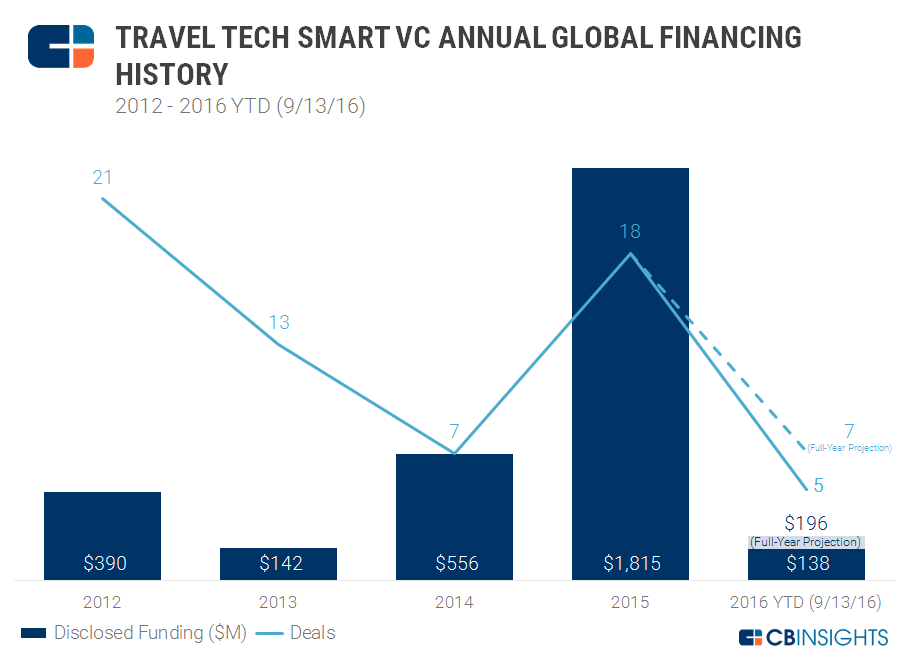 Looking at the quarterly dollars and deals trend, we see that all 5 deals in 2016 with smart money VC participation took place in Q2’16. Since 2012, there have never been more than 6 deals a quarter in travel tech with smart VC participation. 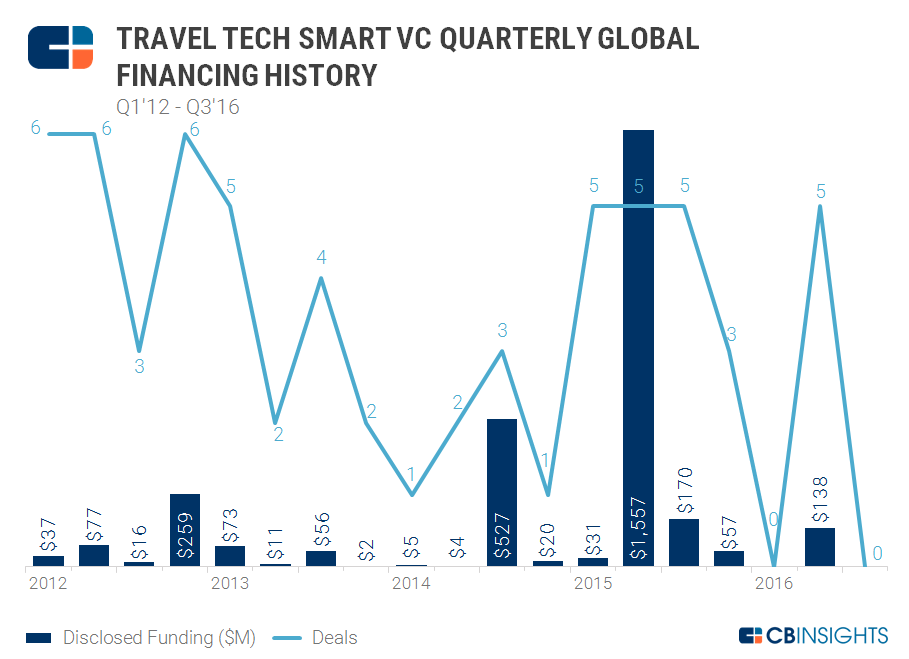 The company HotelTonight is also backed by smart money VCs that include: Accel Partners, Battery Ventures, and First Round Capital. 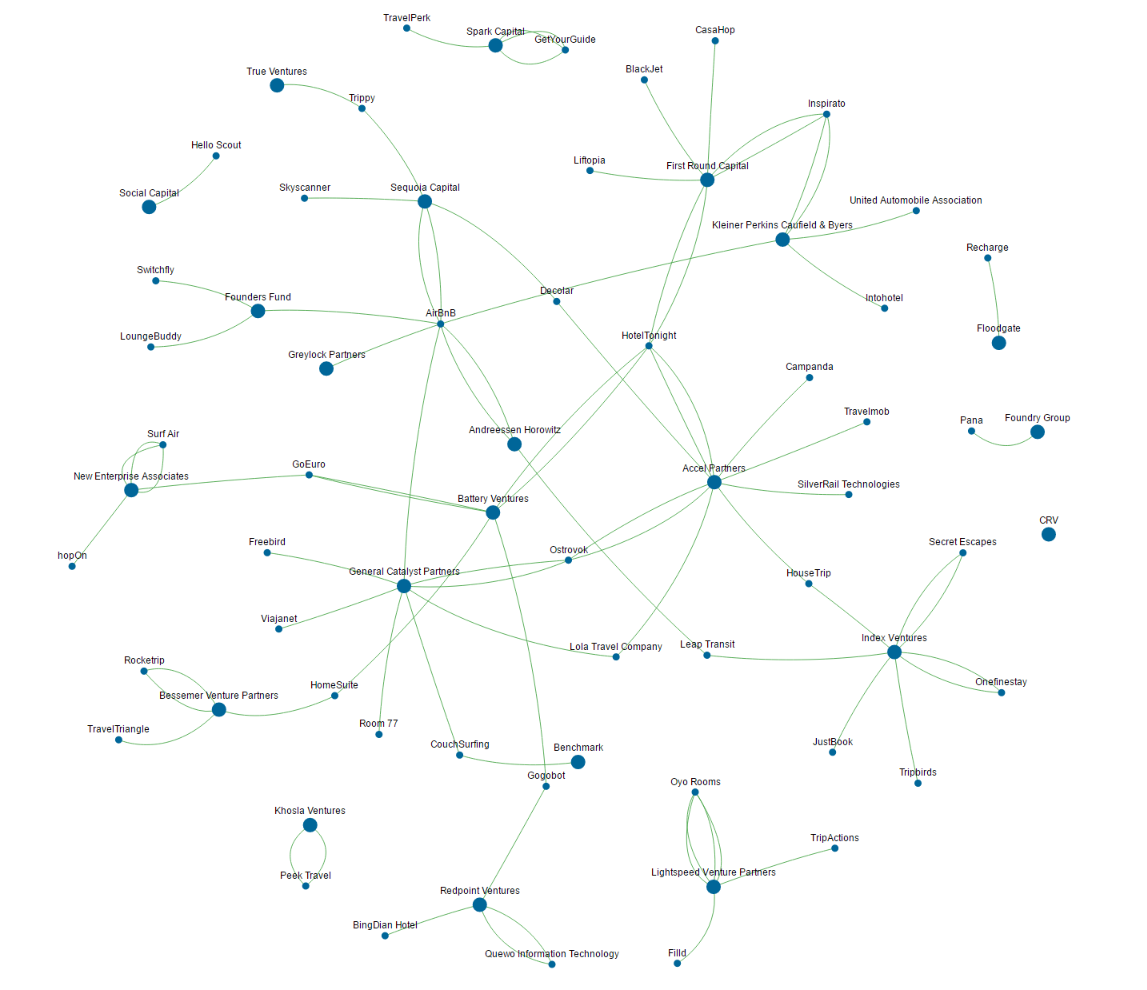