Q1'17 was the third quarter ever to see funding to travel tech companies reach above $1B.

Travel tech startups garnered $1.4B in funding in Q1’17, which is the third-highest quarter for funding to these companies since at least Q1’12, and the third quarter over the time period in which travel tech funding crossed the $1B mark.

Early-stage funding rounds (seed – Series A) comprise the largest share of deals to travel tech companies over the last five years. Notably, US companies take most of the deals in travel tech followed by India and China.

Airbnb (US) is the most well-funded travel tech company followed by LY.com (China), and Oyo Rooms (India).

We used CB Insights data to dive deep into travel tech funding trends. In this research brief we cover:

Deals to travel tech companies rose gradually from 2012 onward, and peaked last year when investors made over 360 deals. Looking at the current run-rate for deals in travel tech, the industry is slated to come in just under last year’s total through the end of this year. In terms of dollars, the run-rate indicates that we could see an increase in overall funding to travel tech companies through 2017, compared to 2016.

Funding to travel tech companies peaked in 2015 when dollars hit an all-time high of nearly $5B. The peak in 2015, is largely due to a $1.5B Series E round secured by Airbnb, in June. The second-largest deal to a travel tech company in 2015 went to LY.com, when the investors CITIC Capital Private Equity, Tencent Holdings, and Wanda Group took a corporate minority stake in the company for $967M in July, 2015. If we remove those two rounds of funding from the total dollars invested in travel tech companies in 2015, the total is just over $2.3B, and under last year’s total. 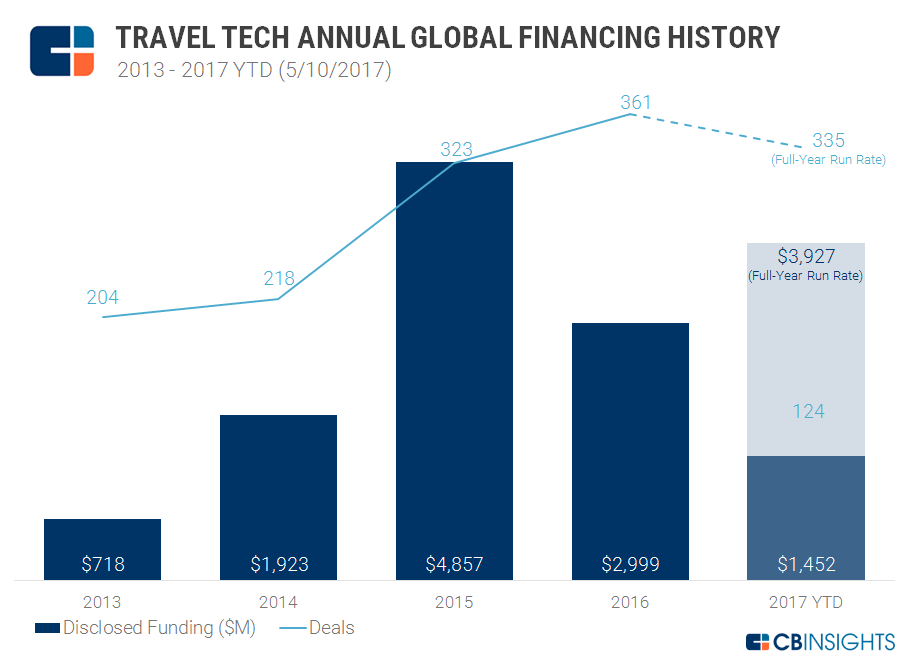 Deals to travel tech startups peaked last year in Q2’16, when over 100 companies secured funding rounds. The latter half of 2016 saw deals progressively decline, dropping to 65 deals in Q4’16, the lowest quarterly deal count in travel tech since 2014. However, Q1’17 saw deals bounce back to the third-highest quarterly deal count over the time period. 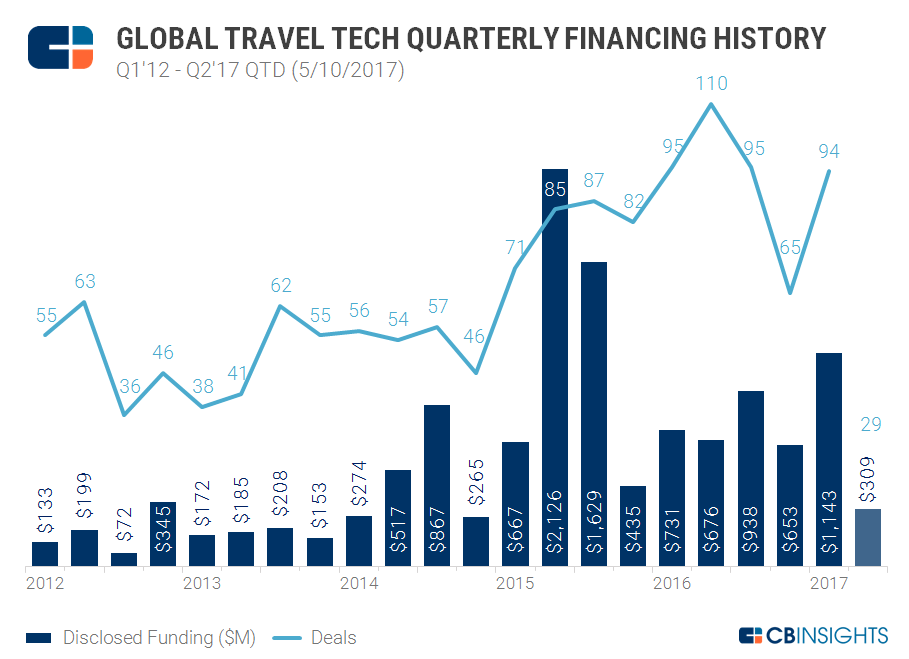 Deals to travel tech startups have been primarily concentrated in the early stages (seed – Series A) over the last five years. However, deals in the “Other” category, which includes later-stage financing instruments such as debt and convertible notes, have been trending up over the time period.

Notably, the largest Series A round invested in a travel tech company since 2012 went to the Honk Kong-based company Tink Labs ($125M Series A, Q3’16). Tink Labs offers “handy,” a mobile solution for travelers. 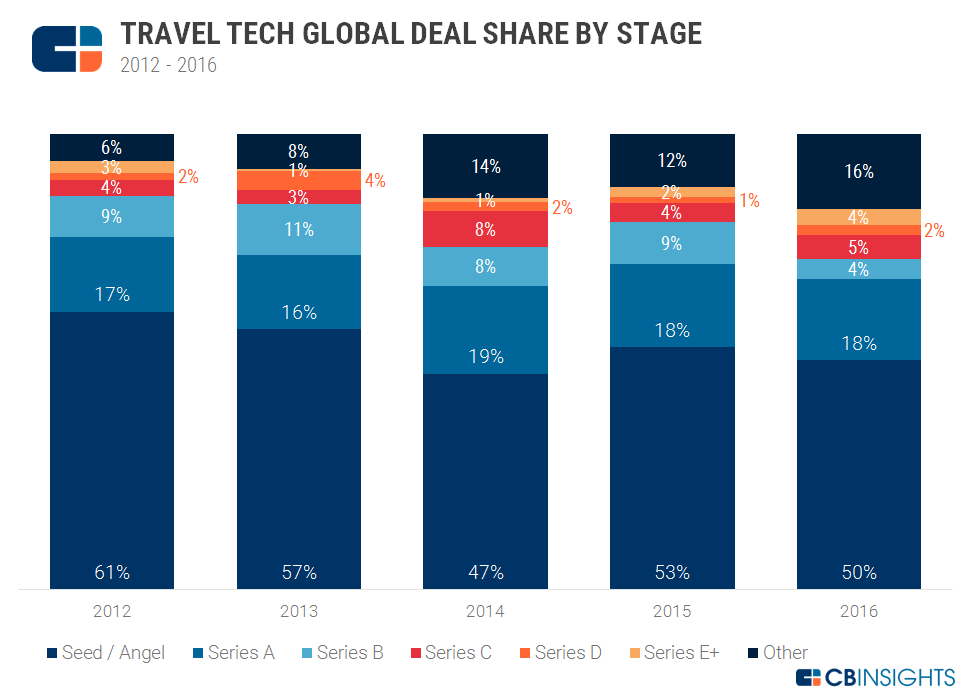 The most active VCs in travel tech

500 Startups is the most active VC investing in travel tech startups since 2012. Rounding out the top three are SV Angel and Plug and Play Ventures.