Deal count to travel tech startups involving crossovers is on track to come in at roughly half of last year's total.

Crossover investors — those that are customarily focused on the public markets — have lately shown interest in deals to private travel tech startups.

This group of hedge funds, mutual funds, asset managers, and other diversified financial services firms have participated in nearly 60 travel tech deals since 2012, with funding from those deals totaling $3.6B. Select crossover investors that participated in travel tech deals so far this year include: Baillie Gifford & Co. (Skyscanner), T. Rowe Price (Evolve Vacation Rental Network), and BPI France (NightSwapping), among others.

Since 2012, crossover investors have ramped up their activity in travel tech, with 2015 as the most active year yet. Based on current trends, 2016 is likely to see a significant slow down compared to the prior year. This trend tracks crossover investors’ overall activity across the tech industry since 2012.

The hedge fund Tiger Global Management is the most active crossover investor in both travel tech, and tech in general.

Based on the current run-rate, deal count to travel tech startups involving crossovers is on track to come in at roughly half of last year’s total. 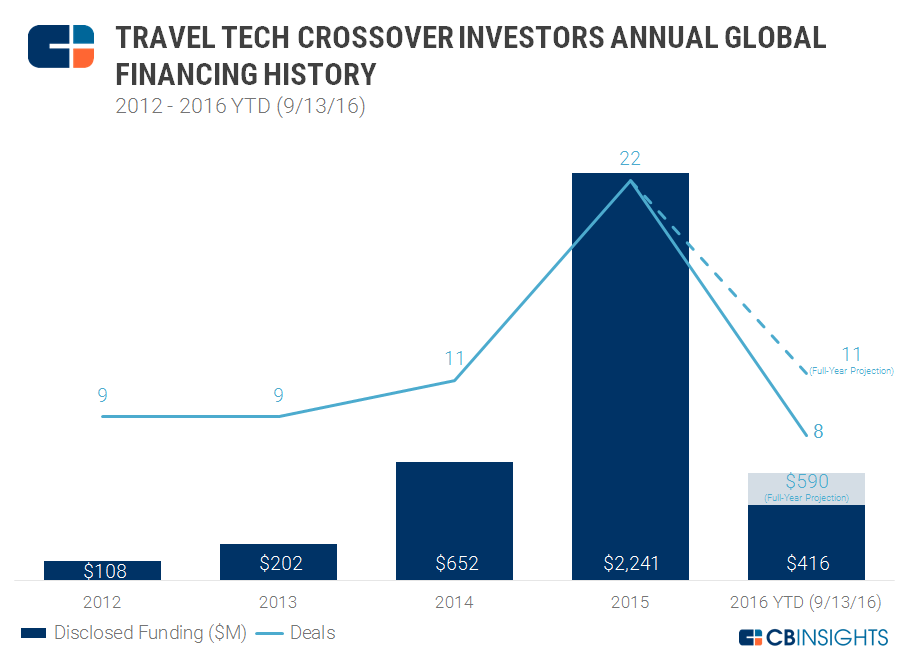 Most active crossovers in travel tech

Since 2012, there have also been several exits by travel tech companies previously backed by crossover investors. The company Zo Rooms, backed by Tiger Global, was acquired by Oyo Rooms in February this year and the Tiger-backed company Holiday IQ merged with another Tiger-backed company, Wego, in 2011. Also, in August this year the company CityMaps, backed by Coatue Management, was acquired by TripAdvisor.

As for notable IPOs, Qunar went public in 2013. The company was backed by Hillhouse Capital Management.

Where are the top crossovers co-investing?

Using CB Insights’ business social graph, which visualizes links between companies and investors, we look at the relationships between the top crossover investors in travel tech since 2012. Airbnb is the most common travel tech investment for crossovers over the time period. 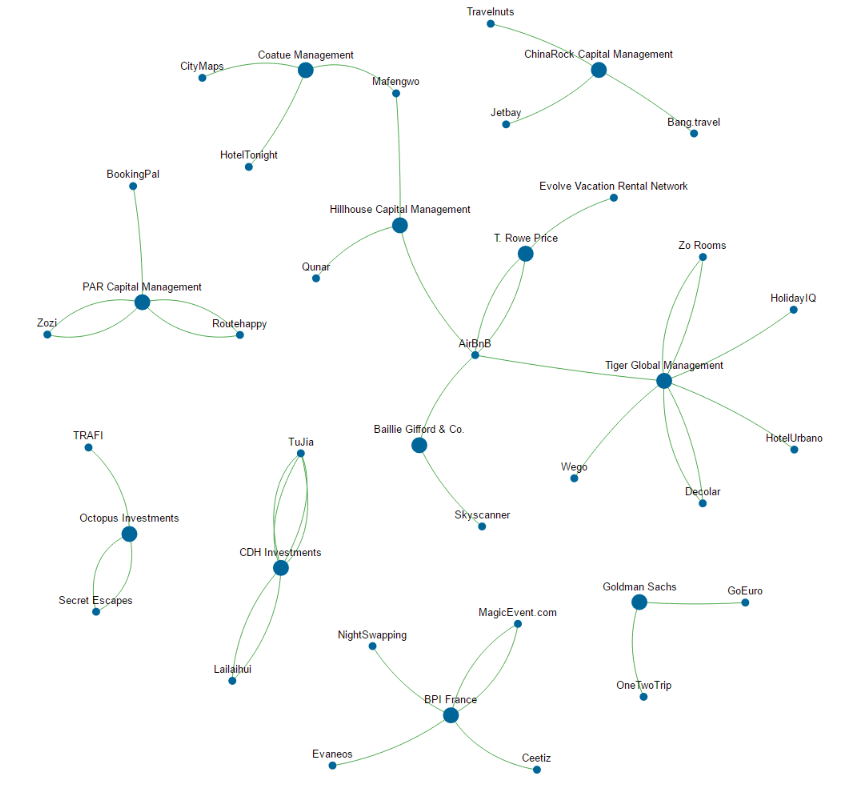